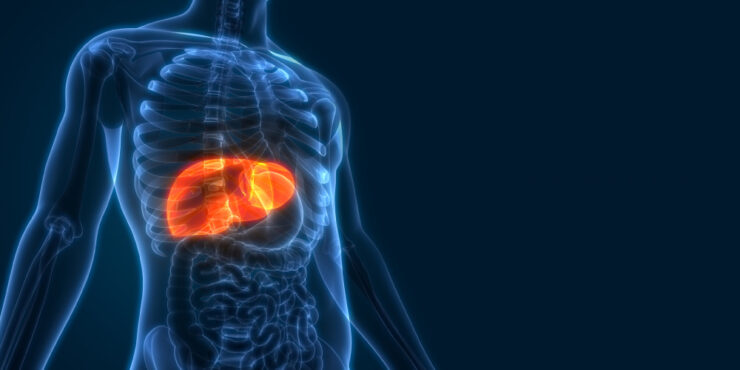 Even though a number of antiviral medications are in use to treat chronic hepatitis B virus (HBV) infections, Aligos Therapeutics (NASDAQ:ALGS) is going one step further with a portfolio of drug candidates in clinical development for a functional cure of chronic hepatitis B (CHB), which can still cause cirrhosis, end-stage liver disease, liver cancer and death around the world.

“We have a number of platform technologies and extensive antiviral expertise and resources to develop oligonucleotide candidates and small molecules for liver diseases,” Lawrence Blatt, Ph.D., co-founder, chairman and CEO of Aligos, says in an interview with BioTuesdays.

Oligonucleotides are nucleic acid polymers with the potential to treat or manage a wide range of diseases. In virology, these molecules tend to be used to block viruses from taking over host cell functions, thereby blocking an important step in the virus’ life cycle.

Dr. Blatt, who served as the global head of infectious diseases and vaccines at the Janssen unit of J&J from November 2014 to February 2018, says that by developing pharmacologically optimized drug candidates against clinically validated targets, “we aim to pursue combination regimens with standard of care designed to achieve improved treatment outcomes.”

Aligos has collaborations with Emory University, Merck, Luxna Biotech, AM Chemicals, and Belgium’s KU Leuven’s Centre for Drug Design and Discovery, and the Rega Institute for Medical Research, where a protease inhibitor is under development as a potential therapeutic candidate to address COVID-19.

“What we’ve seen in the sector is a number of HBV mechanisms of action that have biological effects but are not potent enough or have the pharmacology to become approved drugs. So, we are pursuing potentially best-in-class molecules for CHB where clinical validation has been demonstrated.”

In an initiation report last month, SVB Leerink analyst Roanna Ruiz, Ph.D., writes that Aligos is best positioned to develop a wholly owned, potentially functionally curative HBV combination regimen because it has four novel mechanism assets (STOPS, CAM, ASO and siRNA) that could be combined into an optimized regimen.

“Importantly, key opinion leaders are most excited about STOPS, ASO and siRNA mechanisms, and by doing this all in-house, Aligos would not need to do profit-sharing deals in the U.S. like those seen in the hepatitis C virus field,” Dr. Ruiz suggests.

Dr. Blatt says both the STOPS and CAM drug candidates have completed Phase 1a studies in healthy volunteers and are currently being evaluated in CHB patients in Phase 1b studies. “We expect to present preliminary data from these Phase 1b studies by the end of 2021.”

If the Phase 1b studies are compelling, he says Aligos plans to advance them into a Phase 2 program in the second half of 2022 to “identify combination regimens that could potentially result in enhanced rates of functional cure.”

“Our differentiation is that we have all of these drug candidates and modalities in our portfolio, while competitors in the field may have one or two,” Dr. Blatt suggests. “Historically, companies that have gained market share and dominated in an antiviral setting are those that have all of the necessary components in their portfolio because viruses have to be treated with combination therapy since they have the potential to mutate and develop resistance.”

CHB is the most common chronic viral infection in the world. It carries high rates of morbidity and mortality, with almost 300 million carriers in 2020, largely in China. There were about eight million people affected in the U.S., the EU and Japan in 2015, with CHB responsible for approximately 900,000 deaths, according to a WHO survey in 2017. In addition, as of 2016, only about 2% of patients were being treated with lifelong viral suppression drugs, which are not curative.

Patients with CHB demonstrate robust viral replication plus suppression of an HBV-specific immune response, which enables creation of hepatitis B surface antigen in large quantities on the surface of the virus, blocking the host immune system. “Our strategy is to block the surface antigen and block the virus from making copies of itself, restoring the HBV-specific immune response for a functional cure,” Dr. Blatt explains.

In the company’s earlier Phase 1a study with 72 healthy volunteers, single and multiple doses of ALG-010133 and its CAM drug candidate, ALG-000184, were generally well-tolerated, with no serious adverse events. In addition, there were no clinically concerning laboratory, ECG, vital sign or physical examination findings.

Aligos’ STOPS and CAM programs are currently in Phase 1b testing to demonstrate biologic response by evaluating a range of doses as monotherapy for the biomarker of interest, Dr. Blatt says. Initial 14-day data from the first cohort demonstrated that a 100 mg dose was well-tolerated and resulted in significant antiviral activity.

The company’s Phase 2 strategy would involve combining one of its assets with standard of care in patients to evaluate safety and efficacy, prior to Phase 3 confirmatory trials to measure a clinical functional cure and an overall risk-benefit profile.

In an earlier study, Dr. Blatt says four of five patients receiving ALG-000184 were “below the level of quantitation, so we were unable to measure additional log reductions [in viral load]. We’re seeing great viral suppression with ALG-000184 and we’re excited that it can be a best-in-class molecule.”

Dr. Blatt explains that ASO recruits a host enzyme called RNase H, which finds the DNA/RNA duplex and degrades the RNA strand, while siRNA binds to an RNA-induced silencing complex, or RISC, which confers a long-lasting mRNA-degrading effect. “By using these together, we have the potential to have the best of both worlds: rapid onset of action [via ASOs to] lower surface antigen and a long duration of RNA interference.”

In addition, “Our technology allows for an increase in the dose of oligonucleotides, without increasing levels of toxicity in the liver,” he adds. “Our team is agnostic to oligonucleotide modality, and we’ve built IP around these four modalities.”

To connect with Aligos Therapeutics or any of the other companies featured on BioTuesdays, send us an email at editor@biotuesdays.com.