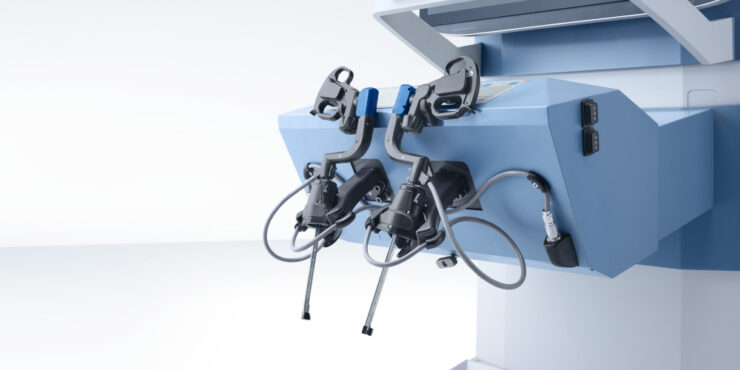 Asensus Surgical (NYSE American:ASXC) is digitizing the interface between surgeons and patients to pioneer a new era of Performance-Guided Surgery with its Senhance Surgical System.

“We are unlocking the clinical intelligence of computing power to enable consistently superior outcomes and a new standard of laparoscopic surgery,” Anthony Fernando, president and CEO of Asensus, says in an interview with BioTuesdays.

“Senhance is the first and only digital, multi-port laparoscopic platform designed to mimic the traditional movements of surgical instruments, while providing technological improvements, such as haptic feedback, which refers to touch sensations; robotic precision; and comfortable ergonomics,” he adds.

Mr. Fernando explains that with the company’s Senhance robot, surgeons no longer hold surgical instruments because there is a computer between a surgeon’s hands and the instruments.

“Surgeons sit at a console 10 feet to 15 feet away from a patient in the OR and robotic manipulators mimic what a surgeon does with greater precision,” he points out. In most cases, one arm of the Senhance System holds a camera and two others hold the surgical instruments.

Asensus’ primary focus is general and gynecology surgeries, which provide a high volume of procedures. “Pediatrics is also very unique to us,” he says, adding that Senhance is being adopted across the globe in other surgical specialties, including urology, colorectal and thoracic procedures.

Starting with a CE mark approval in 2012 and FDA clearance in 2017, Senhance has been approved in various countries, including Japan, Taiwan, and Russia.

According to Mr. Fernando, who moved into the executive suite in 2019 after a stint as the company’s COO and CTO, more than 5,000 surgeries have been performed with Senhance and more than 100 surgeons are actively using the system.

One of Mr. Fernando’s first priorities was to focus on market development to generate sustainable growth. Starting at the end of 2019, Asensus reduced its sales force and began driving relevance with key opinion leaders in order to increase Senhance procedure volume.

To drive adoption, Asensus also initiated an operating lease model to remove the burden of an upfront capital investment for hospitals, which can average $1.5- million plus consumables. “The expectation is that if the economics are working for a client, we can convert the operating lease to a capital lease or an outright capital purchase,” he suggests.

Mr. Fernando explains that Senhance provides compelling per-procedure economics for hospitals, where the average cost of robotic surgery can be around $1,800, including instruments and consumables, while the cost of a procedure with Senhance is between $300 and $500, he notes. “Our reusable instruments contribute to this cost advantage,” he adds.

“Surgical robotics is a large and fast-growing market and converting laparoscopic surgery to Senhance is a greenfield opportunity,” Mr. Fernando points out. However, he says the worldwide robotic penetration rate is less than 5% after 22 years since its initial introduction by Intuitive Surgical because of procedure costs.

According to research by Goldman Sachs, there were an estimated 37 million “open” robotic surgeries in 2020, compared with 16 million laparoscopic surgeries.

Competitors such as Medtronic, J&J and CMR Surgical are following Intuitive Surgical’s da Vinci model and focusing on converting open procedures to minimally invasive surgery through the use of robotics, Mr. Fernando points out. “We are staying true to minimally invasive robotic procedures because we are the only platform able to address the conversion of traditional laparoscopic procedures to laparoscopic robotics, that we call Digital Laparoscopy.”

During the pandemic in 2020, 1,464 procedures were performed using Senhance across the world, down slightly from 2019. In the first quarter of 2021, procedures totaled 520, generating revenue of $2.1-million.

Also in the first quarter, Asensus received CE mark approval for its Intelligent Surgical Unit (ISU), which enables machine vision capabilities in surgery for the first time. These technologies record an image and apply intelligent algorithms to enhance the surgeon’s ability to meaningfully use information from the surgical field in real-time. The ISU received FDA approval in 2020.

In addition, Asensus received FDA 510(k) clearance to expand its general surgery label to cover potentially an additional 2.7 million annual procedures, which will be a “key to future growth,” he predicts.

The company also is seeking FDA approval for its articulating instruments, which would widen the clinical utility to a broader number of surgeons, and the next wave of ISU features, which would provide advanced machine vision and augmented intelligence capabilities.

“This next phase of Performance-Guided Surgery would make Senhance the only robotic platform to offer scene recognition and surgical image analytics,” he adds.

To connect with Asensus Surgical or any of the other companies featured on BioTuesdays, send us an email at editor@biotuesdays.com. 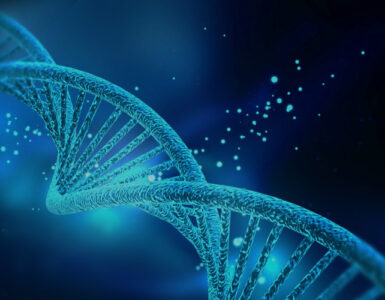 As CEO of closely-held GeneTether, Har Grover is tackling the emerging potential of gene editing, which has come alive in the past few years. As an entrepreneur, investor, senior executive and strategist with over 30...