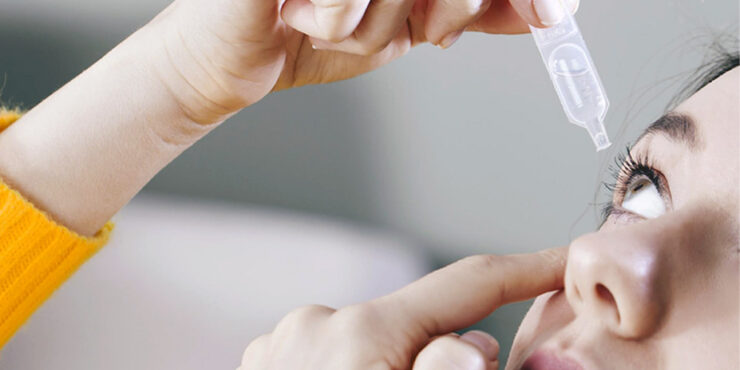 With a new, experienced management team and a $47-million series A financing in place, closely-held LENZ Therapeutics is gearing up for a pivotal trial of its aceclidine once-daily eye drop to treat presbyopia, the inevitable loss of near vision as people age.

“We are focused on completing our clinical package in the most expedited way possible to get the product approved and commercialized,” Eef Schimmelpennink, president and CEO, says in an interview with BioTuesdays.

Presbyopia currently has no approved pharmaceutical therapies with patients relying on reading glasses or invasive and limited surgical options with inherent risks, such as LASIK.

Mr. Schimmelpennink points out that aceclidine is a new chemical entity in the U.S. and has an established safety profile from its prior approval in Europe in the 1970s to treat glaucoma. “Aceclidine quickly restores near vision with a long duration of action, with no impact on distance vision, and has the potential to be a best-in-class treatment for presbyopia,” he adds.

The effects were significant up to seven hours, the last measured time point. “Importantly, there was no loss in distance vision under normal and low luminance conditions and the product was well tolerated with no serious adverse events,” Mr. Schimmelpennink points out. Aceclidine is being developed to be taken once-daily.

Research shows that adults over the age of 45 lose on average 1.5 lines of near vision every six years. “Most of us first start noticing this as we hold our phones further from our eyes and we have difficulty reading a menu in a dimly lit restaurant,” he adds.

Presbyopia impacts more than 120 million people in the U.S. and almost two billion people globally, with 1.4 million new presbyopes in the U.S. each year. Mr. Schimmelpennink contends that an FDA-approved treatment of Presbyopia is often referred to as the holy grail of ophthalmology with a the market opportunity of $5-billion or more.

LENZ, formerly Presbyopia Therapeutics, recently completed a Versant Ventures and RA Capital Management backed $47-million Series A financing. Proceeds will be used to advance aceclidine towards a Phase 3 trial and NDA for the treatment of presbyopia.

Mr. Schimmelpennink, who joined the company in March 2021, explains that to achieve near vision, in healthy eyes ciliary muscles contract and your lens thickens. The changing shape of the lens is a process known as accommodation, allowing individuals to focus on close objects.

“But as we age, the lens hardens, resulting in insufficent accommodation. And even though ciliary muscles contract, if you look at something up close, the lens is unable to refract enough light. As a result, the light no longer hits the retina in one spot and actually falls behind the retina, resulting in blurry vision.”

According to Mr. Schimmelpennink, the solution LENZ is pursing is a “pinhole effect,” where the pupil becomes smaller and only allows light through the lens that will focus on the retina. The sweet spot for the pupil is 1.25 mm to 2 mm, he says, adding that less than 1.25 mm and the image on the retina is too dark and greater than 2 mm, it is too blurry.

Studies have shown that aceclidine’s mechanism of action is differentiated from competing therapeutic options due to its ability to create a pinhole pupil effect while avoiding myopic shift, where overstimulating the ciliary muscle causes a refractive shift to the front of the retina.

“It is crucial to minimize myopic shift as it can significantly impair distance vision as well as cause side effect as headaches, Mr. Schimmelpennink says. “Independent research has shown that aceclidine uniquely targets the iris sphincter without overstimulating the ciliary muscle and avoids the myopic shift.”

The addressable market in presbyopia is largest when the pinhole effect is decoupled from the myopic shift. “With aceclidine unique mechanism of action, we have the potential to cover the broadest patient population of those aged 40 to those older than 65 years,” Mr. Schimmelpennink predicts.

Aceclidine is protected by 12 method of use and formulation patents in the U.S., with six patent applications under review. Outside of the U.S., aceclidine is covered with 13 method of use and formulation patents and 33 applications under review. Mr. Schimmelpennick says aceclidine would have additional exclusivity in the U.S., on approval, because of its status as a new chemical entity.

While LENZ is focused on its upcoming Phase 3 trial, Mr. Schimmelpennick says the company plans to broaden its ophthalmology portfolio in the next five years and even create line extensions for aceclidine when the time is right. “We also plan to build the size of the company by commercializing our products ourselves.”

To connect with LENZ or any of the other companies featured on BioTuesdays, send us an email at editor@biotuesdays.com.