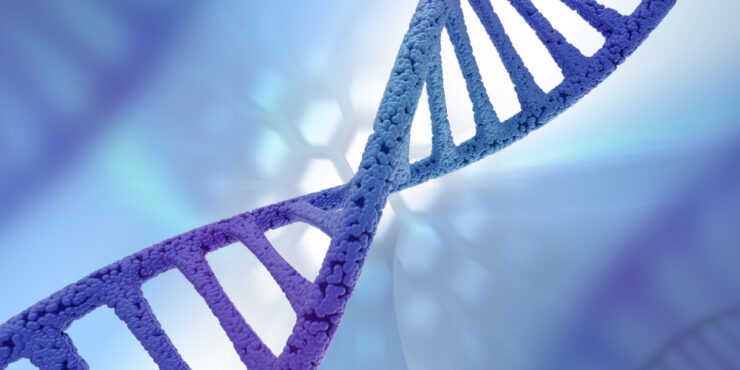 “Our aim is to combine cutting-edge science with bold imagination to fill unmet medical needs for patients with one-time therapies that deliver lifelong benefits,” Pavan Cheruvu, M.D., CEO of Sio Gene, says in an interview with BioTuesdays.

“Our understanding of the genetic basis of many diseases, developments in viral vector design and progress in vector manufacturing methods places us on the cusp of a new era in gene therapy,” he contends.

Dr. Cheruvu says Sio Gene is led by scientific experts and pioneers in gene therapy. “We optimize an approach tailored to the unique features of the disease, honing the mechanism, vector and route of administration to provide the maximum benefit.”

As a result, all of the company’s programs have “potential best-in-class and first-to-market in their respective indications,” he suggests.

In its pediatric program, Sio Gene is conducting Phase 1/2 trials of its AXO-AAV-GM1 and AXO-AAV-GM2 drug candidates for the treatment of GM1 gangliosidosis and Tay-Sachs/Sandhoff disease, or GM2 gangliosidosis, respectively.

GM1 gangliosidosis is a progressive and fatal pediatric lysosomal storage disorder caused by mutations in the GLB1 gene that cause impaired production of the beta-galactosidase enzyme.

Lysosomal storage diseases are inherited metabolic diseases that are characterized by an abnormal build-up of various toxic materials in the body’s cells as a result of enzyme deficiencies.

Currently, there are no FDA-approved treatment options for GM1 gangliosidosis. “Our goal with gene therapy is to restore the function of the defective gene,” Dr. Cheruvu points out.

“AXO-AAV-GM1 is the only gene therapy in the clinic targeting patients with infantile, and late infantile and juvenile onset GM1 gangliosidosis,” he adds. The disease cause premature death, with about 50% mortality by 3.5 years of age, climbing to 75% mortality by five years.

In preclinical models, Sio Gene’s AAV9 vector system was shown to cross the blood-brain-barrier and deliver a functional copy of the GLB1 gene via IV administration, he adds.

Previously reported data from the Phase 1/2 clinical study demonstrated that AXO-AAV-GM1 was well-tolerated with a favorable safety profile and provided early indications of clinical disease stability. To date, there have been no serious adverse events in any of the five children who received a low-dose or the two children receiving a high-dose of AXO-AAV-GM1.

In December 2020, Sio Gene announced a six-month readout of the first five children given the low dose of AXO-AAV-GM1, with all five patients demonstrating disease stabilization and four patients displayed improvement against clinical scale outcomes.

Dr. Cheruvu says the biomarker response in the CNS, provides the “first indication that intravenous administration of AXO-AAV-GM1 may be able to treat both the systemic and neurological manifestations of this progressive, multisystem disease.”

In the second half of 2021, Sio Gene plans to present 12-month follow-up data on safety, biomarkers, and clinical efficacy from the low-dose cohort of the GM1 gangliosidosis program and 12-month data from the high-dose cohort in the first quarter of 2022.

“We expect these data, as well as a planned regulatory meeting with the FDA expected in the first half of 2022, will help define our registrational pathway in GM1 gangliosidosis,” Dr. Cheruvu says.

“If we’re successful, we’re only a few years away from a potential launch of a product in GM1 gangliosidosis, assuming FDA approval of the investigational product,” he adds. “And foundational commercialization and launch activities already are in progress.”

These include connecting with key opinion leaders and advocacy groups to increase disease and product awareness and facilitate faster diagnosis of children; developing a manufacturing strategy with a leading contract development and manufacturing organization; offering access to genetic testing and counseling at no charge to patients suspected of having a lysosomal storage disease; and engaging with insurance payers to support market access.

Enrollment in a Stage one of a Phase 1/2 dose escalation program with AXO-AAV-GM2 began in January 2021 in patients with Tay-Sachs/Sandhoff disease. Patient identification, screening and enrollment in Stage one is expected to continue during 2021. The primary goals of the trial, which is analogous to the GM1 study, include safety and tolerability, enzyme and GM2 ganglioside levels in cerebrospinal fluid, motor function and disease severity.

Tay-Sachs/Sandhoff disease also is a fatal lysosomal storage disorder caused by a mutation in the HEXA or HEXB genes, which prevents beta-hexosaminidase A enzyme formation. Infantile GM2 gangliosidosis is the most common form of the disease and patients have a life expectancy of three-to-four years. Currently, there are no treatments available.

Dr. Cheruvu says AXO-AAV-GM2 is the only gene therapy in development that is testing children with Tay-Sachs disease through an expanded access protocol. Based on animal studies, Sio Gene has determined that the most effective outcomes with AXO-AAV-GM2 involve one-time delivery of two vectors encoding the HEXA and HEXB genes directly into the thalamus and fluid-filled space that covers the brain.

AXO-AAV-GM1 and AXO-AAV-GM2 both have received orphan drug and rare pediatric disease designations from the FDA and Sio Gene has worldwide commercial rights to both compounds.

GM1 and GM2 gangliosidosis have a prevalence of some 1,000 patients in the U.S. and EU. “Our approach is that early success in these rare disease programs would de-risk our platform in order to tackle moderate-to-advanced Parkinson’s disease,” Dr. Cheruvu suggests.

Parkinson’s disease is the second most common neurodegenerative disease in the U.S., afflicting a million individuals with 60,000 additional Americans diagnosed with the disease annually. The most common therapeutic strategy is levodopa. However, long-term use of levodopa is associated with adverse events, increased drug dependency, and quality of life deterioration.

Dr. Cheruvu explains that AXO-Lenti-PD is a potential one-time treatment using a lentiviral vector with three key genes to produce endogenous dopamine. “AXO-Lenti-PD is the only gene therapy candidate for Parkinson’s capable of delivering all three enzymes required for dopamine production,” he adds.

These include tyrosine hydroxylase and cyclohydrolase 1, which convert tyrosine to L-dopa, and aromatic L-amino acid decarboxylase, which converts L-dopa to dopamine, he explains.

Dr. Cheruvu points out that Cohort one patients receiving a low dose of AXO-Lenti-PD in a Phase 2 study demonstrated improvements to their Unified Parkinson’s Disease Rating Scale (UPDRS) scores along with a decreased levodopa equivalent daily dose.

Cohort 2 participants who received an intermediate dose of AXO-Lenti-PD demonstrated an even more significant decrease of required levodopa equivalent daily dose administration, a mean reduction in OFF time, an increase in ON time, and quality of life improvements over a 60-month period. An anticipated Cohort 3 will evaluate a high vector dose.

OFF is the time when Parkinson’s motor and sometimes non-motor symptoms return, often because medication isn’t working optimally.

To connect with Sio Gene or any of the other companies featured on BioTuesdays, send us an email at editor@biotuesdays.com.