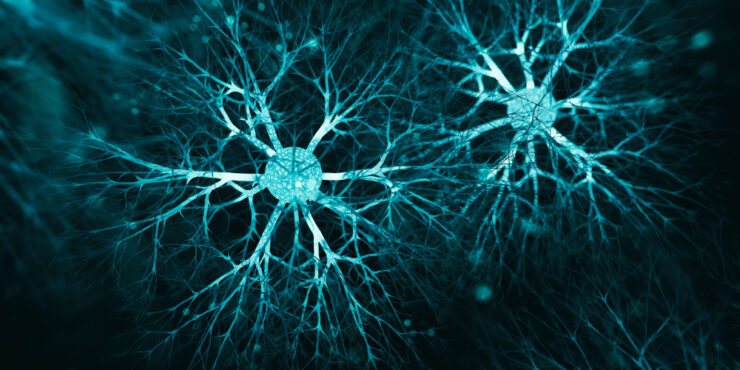 “Rapid and clinically meaningful efficacy both as an anti-depressive and anti-suicidal therapeutic after a single dose could make SLS-002 an ideal therapy for this large unmet need of acute suicidality in major depression,” Raj Mehra, Ph.D., chairman and CEO of Seelos, says in an interview with BioTuesdays.

“These are trying times in our battle against the suicide epidemic, which has been exacerbated by the COVID-19 global pandemic, and SLS-002 could create a paradigm shift allowing better treatment for these patients,” he adds.

The open-label study was Part 1 of a potentially registrational Phase 2 proof-of-concept trial with SLS-002 in ASIB. The study enrolled 17 patients diagnosed with major depressive disorder requiring psychiatric hospitalization because of a significant risk of suicide. Part 2 of the trial is preparing to enrol 120 patients, with top-line data expected in the first half of 2022.

Ketamine traces its roots to 1970 when Parke-Davis received FDA approval for ketamine hydrochloride injection under the brand name of Ketalar for short acting anesthesia. In 2018, ketamine received global exposure when youth soccer team players from Thailand were administered ketamine injections to calm them before being rescued from a cave. And Janssen Pharmaceuticals completed clinical studies of intranasal esketamine, the single isomer of ketamine, and received FDA approval for Spravato for treatment resistant depression in March 2019.

Dr. Mehra explains that SLS-002, which was originally obtained from a Javelin Pharmaceuticals program with 16 clinical studies involving approximately 500 subjects, is a 50:50 mixture of two isomers: S-ketamine HCL and R-ketamine HCL. SLS-002 has been granted fast track designation by the FDA, which underscores its potential to provide significant value to ASIB patients.

SLS-002’s intranasal device is manufactured under a co-exclusive partnership with Aptar Pharma to use its Bidose liquid system as a single use, disposable. The device administers 0.1 ml of spray in each nostril.

According to a 2019 national survey by the Center for Behavioral Health Statistics and Quality, some 12 million adults a year in the U.S. have serious thoughts of committing suicide, of which 3.5 million adults made suicide plans and 1.4 million adults attempted suicide.

ASIB accounts for approximately one million emergency visits annually, with more than 40% of these patients admitted to hospital for five-to-seven nights and treated with anti-depressant drugs to stabilize their depression. However, many anti-depressants take four-to-six weeks to show an effect and have black box warnings from the FDA as they can lead to an increase in suicidal thoughts.

“There is no approved drug for ASIB and most of these patients are already on anti-depressants. What’s needed is a rapid, fast-acting drug that addresses the underlying condition of ASIB,” Dr. Mehra contends.

In Part 1 of the Phase 2 trial, SLS-002 demonstrated significant clinical improvements and a well-tolerated safety profile across all scales used for ASIB in patients with major depressive disorder.

For example, in the Montgomery-Asberg depression rating scale (MADRS), 17 patients had a mean baseline score of 39.4, which fell to 14.5 after the first day of treatment and down to 7.4 at the end of the study at day 16.

“A rating below 12 is considered to be in remission, with no depression,” Dr. Mehra says. “The size of the first day decline has never been shown before in any anti-depression study, with the caveat that there were only 17 patients in the open-label study.” Patients in the study received one 90 mg dose of SLS-002 every third day.

Patients had a similar dramatic response on three measures of suicidality, with almost all patients falling to the bottom of each rating scale, or effectively non-suicidal, by day 16. The persistence of effect was seen in 100% of study patients at day 29, 14 days after the last dose of SLS-002, Dr. Mehra adds.

“The effect of intranasal delivery of racemic ketamine in this population was not only dramatic, but profound, which bodes well for Part 2 of the study, which will be a placebo-controlled and blinded,” Dr. Mehra says.

Cantor Fitzgerald analyst Charles Duncan, Ph.D., agrees. While acknowledging that compelling data from large cohort controlled clinical studies have yet to emerge for SLS-002, he said in a new report that “first outcomes data in the open-label signal-seeking study for ASIB in major depressive disorder patients represent a door opener for later-stage development, enhanced institutional investor interest and potentially interest from strategic partners.”

In addition, he said recent data indicate a higher-than-usual probability of success for the program and, given the company’s history, “this has been largely overlooked by investors.”

Seelos’ second program, SLS-005, or IV-administered trehalose, is in development for ALS and several rare diseases and could begin a Phase 2b/3 registration study later in 2021, Dr. Mehra suggests.

Seelos acquired trehalose from Bioblast Pharma in 2019. Trehalose previously had been studied in Phase 2 clinical studies in two rare diseases with more than 70 patients and demonstrated a favorable safety profile and promising efficacy signal.

Trehalose is a protein stabilizer that crosses the blood-brain-barrier and has also been shown to penetrate muscle in animal studies. According to Dr. Mehra, trehalose’s mechanism of action is the immediate enhancement of autophagy, a process by which neurons clear out protein aggregates in the brain. In animal models of several diseases associated with abnormal cellular-protein aggregation, trehalose has been shown to reduce pathological aggregation of misfolded proteins, making it a potential candidate in ALS, he adds.

ALS is a fatal neurodegenerative disease characterized by progressive muscle paralysis as neurons in the motor cortex brainstem and spinal cord degenerate. Currently, there is no cure for ALS and no effective treatment to halt, or reverse, progression of the disease. Approximately 500,000 people worldwide are affected by ALS.

In in-vivo studies of ALS, trehalose has been shown to increase the clearance of these protein aggregates, delay the progression of the disease, preserve certain motor neurons and increase muscle fiber size, he adds.

Seelos is collaborating with the Sean M. Healey & AMG Center for ALS at Massachusetts General Hospital, the premier ALS research center in the U.S., for its Phase 2b/3 trial, which is expected to enroll 160 patients with either familial or sporadic ALS in a double-blind, placebo-controlled trial to start in the fall of 2021.

The Seelos study has been added to the HEALEY ALS platform trial, which is evaluating the potential of multiple ALS treatment candidates simultaneously, with the goal of speeding development of those that seem to be the most promising.

Patients in the Seelos trial will be randomized three-to-one (drug-to-placebo) during the 24-week treatment period. The primary endpoint will measure the change from baseline on the Revised Amyotrophic Lateral Sclerosis Functional Rating Scale score at 24 weeks. The rating scale measures the change in disease severity and regulatory approval is based on this endpoint.

Secondary endpoints also will be measured at 24 weeks, including the change from baseline in respiratory function, muscle strength, quality of life, as well as additional signs of disease progression.

In its early Parkinson’s disease programs, Dr. Mehra says Seelos expects to report data in the second half of 2021 from a preclinical study of its SLS-004 gene therapy for Parkinson’s disease. The program is designed to reduce the over-expression of alpha-synuclein protein levels and reverse Parkinson’s symptoms.

“With a broad portfolio of late-stage CNS product candidates, with demonstrated mechanisms of action, we are applying clinical expertise to transform the lives of patients with neurological and psychiatric disorders, including orphan diseases,” Dr. Mehra says.

To connect with Seelos Therapeutics or any of the other companies featured on BioTuesdays, send us an email at editor@biotuesdays.com.