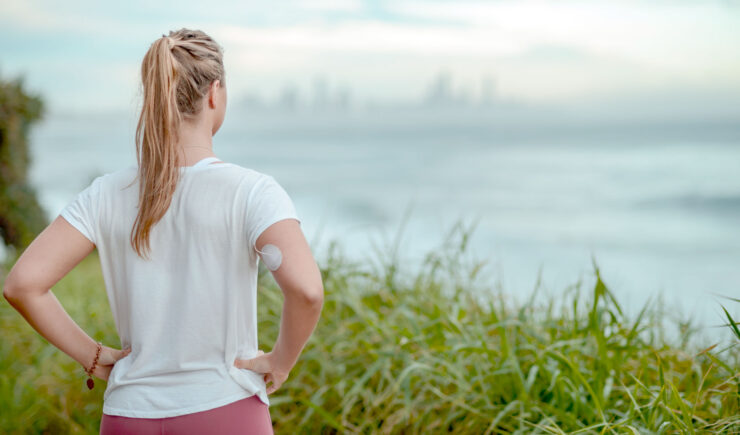 “This breakthrough technological innovation automates almost completely the treatment of Type 1 diabetes by reproducing the functions of the pancreas destroyed by the disease,” co-CEO, Marc Julien, says in an interview with BioTuesdays. “DBLG1 calculates the amount of insulin required and automatically adjusts insulin delivery.”

Mr. Julien explains that every five minutes, a reading from a Dexcom G6 continuous glucose monitoring device sends a signal to a dedicated handset housing the company’s algorithm, which calculates how much insulin a patient needs and sends an order to a micro Kaleido insulin pump manufactured by Dutch-based ViCentra.

“This self-learning and highly customizable system can reproduce the insulin-dispensing functions of a pancreas and adapt to the patient’s physiology and lifestyle,” he adds.

As a so-called “artificial pancreas,” Diabeloop’s artificial intelligence to automate insulin delivery is known as a closed-loop system. In existing open-loop systems on the market, a pump supplies a predetermined amount of insulin to a patient, which may require adjustments if readings on the blood glucose meter are outside of predetermined levels.

“The Diabeloop device will lighten the heavy mental burden associated with diabetes and prevent both low blood sugar events, or hypoglycemia, that are responsible for faintness and sometimes coma in the short term, and hyperglycemia, itself responsible for major complications in the long run.”

Diabeloop traces its roots to 2011 when several French R&D and technology groups, including CEA-Leti and CERITD, began working on the concept of an algorithm to manage Type 1 diabetes patients. By 2015, the results were promising enough to incorporate Diabeloop, which received CE Mark for its DBLG1 in November 2018.

In an earlier study, the company enrolled 68 Type 1 diabetes subjects who had been treated with an external insulin pump for at least six months. Their glycated haemoglobin, or HbA1c, a reflection of blood glucose measured over three months, was less than or equal to 10%. Patients spent 12 weeks at home with a conventional open-loop continuous glucose monitor and pump system and 12 weeks with Diabeloop’s DBGL1.

The results showed that the proportion of time glucose concentration in the target range (70-to-180 mg/dL) as measured by the glucose sensor was 68.5% in the DBGL1 group, significantly higher than in the group treated with a conventional open-loop system at 59.4%.

In addition, Mr. Julien says there were no adverse metabolic side effects linked to poor algorithm decisions with DBGL1 and subjects in the DBGL1 group spent 50% less time per day in hypoglycemia.

“For patients, Diabeloop’s hybrid closed-loop system also increases the quality of life by reducing the daily constraints associated with dozens of calculations and therapeutic decisions to be taken in order to control their blood sugar level,” he adds.

“The algorithm built into the DBGL1 System is able to anticipate the evolution of the patient’s blood glucose or to correct significant variations to deliver the correct dose of insulin.”

Mr. Julien says Diabeloop in a pre-launch study in 2019 achieved an 18.4 percentage point increase in the time patients spent in glycemic control with the DBLG1 system, which is “significant.”

Following these results, Diabeloop began adapting its closed-loop insulin delivery system to juvenile diabetes patients to improve the quality of life of children in the short term and their long-term life course, Mr. Julien says. A study was just completed at two centers in France and one in Belgium, including 15 children followed for six weeks.

The company’s R&D program also includes adapting a machine learning algorithm for teenagers, “who would not have to input their meals to achieve well-balanced glucose control. This would be a major step forward.”

Diabeloop currently is working with regulators in France, where there is public financing of medical devices, and in Germany, where reimbursement for DBLG1 would require third-party insurers. Mr. Julien says 35 patients in France currently are using DBLG1 under a company-sponsored program.

In 2019, Diabeloop raised 31 million euros in a series B financing, with proceeds earmarked for a commercial launch in Europe and continuing the process for regulatory approval in the U.S.

Mr. Julien says the company has met with the FDA, which suggested that a U.S. clinical trial would not be necessary. “However, we are in discussions with some potential partners in the U.S. about financing a clinical trial in hopes of launching DBLG1 in 2021 through a U.S. distributor.”

To connect with Diabeloop or any of the other companies featured on BioTuesdays, send us an email at editor@biotuesdays.com. 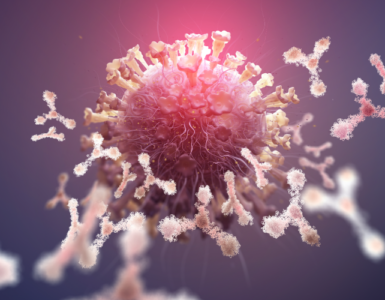 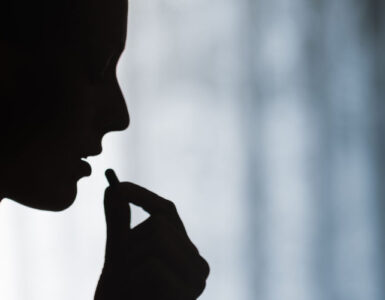 Ensysce Biosciences (NASDAQ:ENSC) is developing next-generation opioid products with its platform of two proprietary technologies to reduce abuse and overdose while relieving suffering for people with severe pain and...