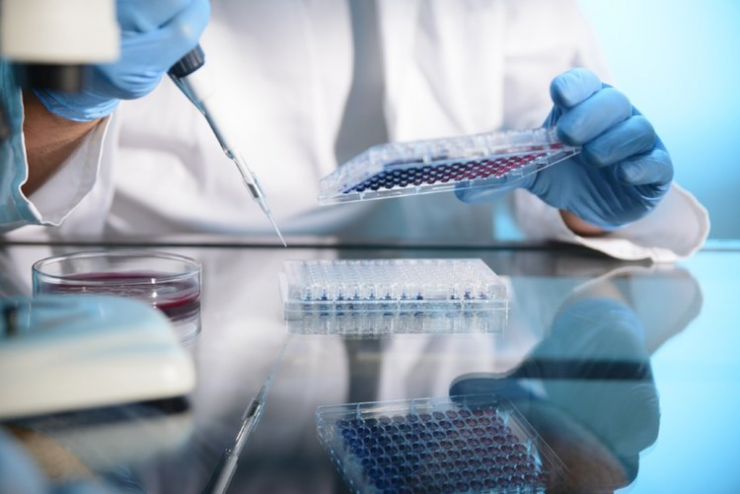 Closely-held Rgenix has identified novel cancer targets regulated by microRNA pathways, which are key drivers of cancer progression, and developed first-in-class treatments that have the potential to modulate these targets.

“We’re discovering cancer targets that essentially are not altered at the DNA level but are regulated at the RNA level,” Dr. Masoud Tavazoie, CEO, says in an interview with BioTuesdays.

“We’re looking one step beyond DNA and have operationalized this approach in the lab to reveal RNA-regulated targets in virtually any solid tumor type,” he adds.

“We’re not developing drugs against RNA but instead, we’re making small molecules and antibodies against proteins that are regulated by these microRNAs.”

Dr. Tavazoie says the discovery platform has identified novel regulators of tumor growth and metastasis across cancers of high unmet need, including drug-resistant cancer. The scientific approach has been published in peer-reviewed journals, such as Cell, Nature Cell Biology and Nature.

Dr. Tavazoie, a physician-scientist, started his career as a dermatologist focused on melanoma and immunotherapy. But after repeatedly seeing patients whose cancers couldn’t be treated with traditional therapies due to the lack of drugable targets in their tumors, he joined forces with his two brothers, also research scientists, to identify novel cancer pathways.

Their research led to the formation of Rgenix, with the RNA target discovery platform licensed from The Rockefeller University, where Dr. Sohail Tavazoie originally validated the discovery approach in his laboratory.

In an earlier Phase 1a dose escalation study in relapsed and refractory solid tumors and lymphoma, 40% of patients treated with RGX-104 achieved either partial response or had stable disease, Dr. Tavazoie says.

Rgenix is currently studying RGX-104 in a Phase 1b/2 trial in combination with nivolumab, an immunotherapy, in patients who are either resistant/refractory to checkpoint inhibitors, or are receiving them for the first time. The study includes patients with lung cancer, renal cell carcinoma and other solid tumor types, with the potential to incorporate an ApoE-pathway biomarker to enrich patient selection.

“The clinical focus of our Phase 2 expansion program will likely be RGX-104 as a combination therapy in select cancers, depending on interim Phase 1b readouts next year,” Dr. Tavazoie suggests. “Once these patients have progressed on standard of care and checkpoint inhibitors, there are very few therapeutic options open to them.”

At the ASCO conference in June, Rgenix presented early-stage data demonstrating that RGX-104 is capable of generating immunologic and anti-tumor activity in patients with refractory malignancies. RGX-104 also was well tolerated across dose cohorts in a Phase 1a study, with no autoimmune toxicities.

Dr. Tavazoie explains that RGX-104 is a small-molecule targeting the liver-X nuclear hormone receptor (LXR), which modulates the innate immune system by activating the ApoE gene. Low ApoE expression in tumors has been associated with reduced survival in cancer patients. ApoE becomes silenced in these tumors by microRNAs.

In animal models, the small molecule depletes myeloid derived suppressor cells and stimulates dendritic cells, activating anti-tumor immunity as a single agent as well as in combination with adoptive T-cell therapy or checkpoint inhibitors, he adds.

“We also demonstrated this mechanism of action in a broad array of cancer patients in our Phase 1a trial, as we outlined at ASCO,” Dr. Tavazoie points out.

“There is a clear rationale to combine LXR agonists with checkpoint inhibitors or T-cell immunotherapies to enhance efficacy and convert non-responders to achieve durable anti-tumor activity.”

Pharma originally developed LXR agonists for cardiovascular disease but that development stopped largely because of the success of statins at the time. “We tested these LXR agonists from Pharma against ApoE. We identified the ones from GlaxoSmithKline to be very potent anti-tumor compounds and so we in-licensed GSK’s LXR agonist patent portfolio, including a compound that we developed into RGX-104.”

While Rgenix’s lead program focuses on cancer immunity, its second RNA-regulated target program, RGX-202, focuses on modulating cancer metabolism, specifically inhibition of the SLC6a8 pathway. The SLC6a8 pathway gets activated in GI cancers when microRNAs that usually curtail its expression get shut off in tumors.

Dr. Tavazoie explains that RGX-202 has been designed to block a channel, SLC6a8, in the tumor microenvironment that imports creatine, starving the ability of a cancer cell to generate adenosine-5-triphosphate, a producer of tumor energy, and leading to cell death.

In multiple preclinical studies, RGX-202 has demonstrated complete tumor regressions, including in colon cancer models with KRAS mutations, which represents a high-unmet medical need in colon cancer patients, he adds.

Rgenix is initiating a clinical dose escalation study of RGX-202 as a monotherapy in GI malignancies using a biomarker and in combination with chemotherapy in gastric and colorectal cancers. Interim data will be reported in 2019.

The third program derived from Rgenix’s target discovery program is RGX-019, a high affinity monoclonal antibody inhibiting the MerTK pathway on the surface of cancer cells and tumor macrophages.

According to Dr. Tavazoie, the MerTK pathway is a key driver of several cancers, including triple-negative breast cancer, which is currently treated with standard-of-care chemotherapy. Rgenix hopes to begin human testing of RGX-019 by the end of 2020 with a partner.

“We are driving innovation in cancer medicine and remain focused on patients who have cancers of high unmet need,” he adds.

To connect with Rgenix, or any of the other companies featured on BioTuesdays, send us an email at editor@biotuesdays.com.