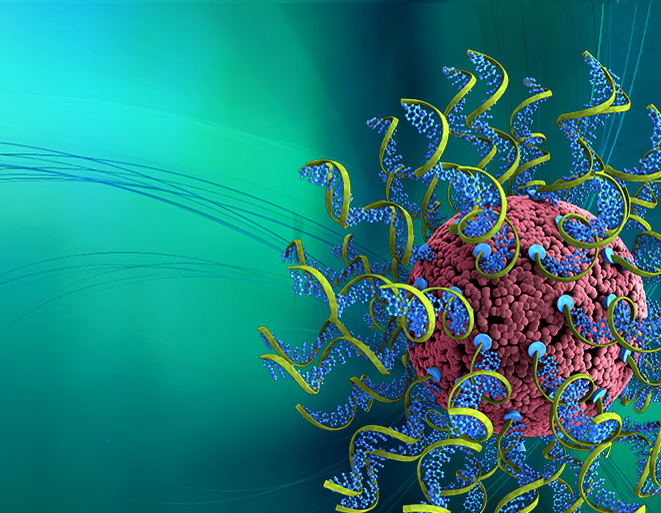 Exicure (OTCQB:XCUR) expects to report data around the end of the third quarter of 2018 from two Phase 1 clinical trials, one in mild-to-moderate psoriasis and one in healthy volunteers with its lead spherical nucleic acid (SNA) drug candidates.

“Data from our immuno-oncology trial in the UK are pending, and we plan to begin a U.S. Phase 1b/2 trial of AST-008 in combination with a checkpoint inhibitor before the end of 2018,” CEO, David Giljohann, says in an interview with BioTuesdays.

Dr. Giljohann explains that Exicure’s SNA technology consists of approximately 40 strands of synthetic DNA or RNA densely packed on the outside of a nanoparticle in order to address existing challenges in developing and delivery of nucleic acid therapeutics.

“This SNA architecture is what drives delivery of the payload into cells and how we differentiate ourselves in the nucleic acid space,” he adds. “We believe this ‘inside out’ architecture has never been done before.”

Exicure has built a broad IP portfolio protecting its SNA technology and has developed a large pipeline of SNA drug candidates for indications in dermatology, immunology, oncology, neurology, ophthalmology, respiratory and gastrointestinal diseases.

Lead programs include XCUR17, a topical gel designed to reduce the expression of the IL17RA gene for the treatment of psoriasis, and AST-008, which is designed to activate TLR9 and utilize the beneficial properties of SNA to drive a potent anti-cancer immune response.

The company also has demonstrated in preclinical models, superior efficacy and less toxicity of its SNA platform, compared with Spinraza, for the treatment of spinal muscular atrophy (SMA) and neurological diseases. Spinraza is the first drug approved to treat SMA, a devastating genetic disease.

In December 2016, Exicure inked a strategic research collaboration, option and license agreement, valued at more than $760-million, with Purdue Pharma to develop a treatment for psoriasis and other diseases that lend themselves to a gene regulation approach with Exicure’s SNA technology.

The Purdue accord covers four programs including, worldwide development and commercial rights to Exicure’s AST-005, which has completed a Phase 1b dermatology trial as well as the associated intellectual property.

“We believe Exicure has the potential to become a powerful player in the rising nucleic acid therapy space,” analyst Wangzhi Li of Ladenburg Thalmann said in an initiation report in July.

Exicure’s U.S. Phase 1b/2 trial of AST-008 in combination with checkpoint inhibitors will include patients with a basket of cancers including, melanoma, and head and neck, who are refractory to standard of care with checkpoint inhibitors. The therapy will include intratumoral and lymphatic injections and the first of the trial data should be available in late 2019 or early 2020.

Dr. Giljohann points out that a number of “linear TLR9 therapies” in combination with checkpoint inhibitors have shown significantly improved response in new and patients refractory to checkpoint inhibitors. “However, our 3-D architecture may have advantages over other TLR9 agonists by virtue of entering cancer cells faster, with more stability and higher potency.”

He says the company has demonstrated efficacy of AST-008 in preclinical models of breast, lung, melanoma, colorectal and lymphoma cancers, with “activity as a monotherapy and better efficacy in combination with checkpoint inhibitors.”

In its preclinical SMA program, Dr. Giljohann says mice treated with Exicure’s Spinraza-SNA had fourfold prolonged survival out to 115 days, compared with 28 days for Spinraza alone, and also mitigated the toxicity associated with Spinraza. The company hopes to begin human testing in 2019.

“Our higher potency version of Spinraza in the SNA has the potential for less frequent injections, compared with Spinraza alone, and a better uptake profile that could enable targeting of peripheral tissue,” he adds.

In addition, the Exicure technology could be used in other neuromuscular disorders, such as Duchenne muscular dystrophy, Huntington’s disease and other genetic rare diseases.

Exicure’s XCUR17 is a topically applied gel, targeting the IL-17 receptor alpha. IL-17 is a cytokine that has been linked to activating the skin inflammation of psoriasis.

In a Phase 1 trial in Germany, some 25 patients are receiving topical applications of XCUR17 gel over 26 days to study safety and tolerability, biomarkers and skin histology. Results are expected at the end of the third quarter of 2018.

There are 7.5 million people in the U.S. affected with psoriasis, of which some six million have mild-to-moderate disease, which is the target population of XCUR17. “These patients are generally not treated with systemic antibody therapy and there are significant side effects with current topical therapies” Dr. Giljohann suggests.

Dr. Giljohann says the company plans to leverage its SNA platform through partnering opportunities across other therapeutic area. “We have data sets showing that we can potentially deliver the SNA technology as eye drops, a nebulizer for lung indications and orally to knock down genes in GI tissue, including preclinical models of inflammatory bowel disease.”

To connect with Exicure, or any of the other companies featured on BioTuesdays, send us an email at editor@biotuesdays.com.