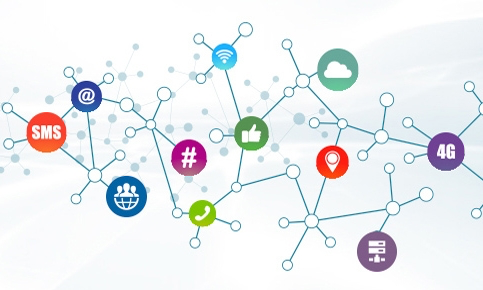 Paris-based Pharnext’s concept in drug development is centered on network pharmacology, utilizing complex and extensive genomic data to identify the thousands of molecules possibly involved in a disease, and then develop a customized approach to treatment.

Dr. Cohen explains that most diseases have more than one target, “so to simultaneously aim at several disease pathways, we deduce synergistic combinations of drugs approved for unrelated indications from the disease molecular network, and then formulate PLEODRUGs at new optimal, lower doses of their individual components.”

A PLEODRUG is then tested on humans through a full clinical development plan.

Dr. Cohen, who has been at the forefront of genetic research for over 30 years, says that our bodies are complex networks of molecules that are interconnected, physically and functionally, with fragilized zones in certain diseases, in certain patients.

Various diseases share certain fragilized zones, such as Alzheimer’s and diabetes, or Alzheimer’s and amyotrophic lateral sclerosis (ALS), he notes. “We mine genetic variants from big data to identify fragilized zones, and then look at which zones are targets of known drugs.” By repurposing known drugs, combined with their proprietary data analysis, Pharnext is trimming as much as seven years off of the typical 15-to-20-year approval process, Dr. Cohen says.

“We are working with drugs that have already been established as safe,” he adds.

Proof of concept of the PLEOTHERAPY approach was obtained with PXT3003 for Charcot-Marie-Tooth disease type 1A (CMT1A) through positive Phase 2 results in 2014. “We are very encouraged, as patients’ abilities were shown to improve over time,” he says.

“Much of the progression of this disease occurs in the first two decades of a patient’s life, so by intervening in childhood, we can have a greater impact on the disease trajectory,” Dr. Cohen explains.

EMA agreement with the PIP is required before a company can file a marketing authorization application for any new medicinal product in Europe.

The clinical study investigating the safety and efficacy of PXT3003 for CMT1A in children will be initiated in Europe, Canada and U.S. in late in 2018.

“These findings are evidence of PXT864 safety and efficacy in patients suffering from mild stages of Alzheimer’s disease, and could be a turning point in the effort to provide treatment for patients afflicted with this terrible disease, as we saw improvement beyond stabilization with a decrease in [patient] decline,” he contends.

PXT864 is a rational-design, synergic, fixed combination of baclofen and acamprosate given orally as a capsule twice a day.

According to Dr. Cohen, further Phase 2 studies are planned for PXT864 in Alzheimer’s disease.

“There’s an overflow of data out there, but there is a lot of missing data too,” he says. “We educate the computer with data, infer output, train the computer to look for new targets and then repurpose the drugs for broad use.”

While the Pharnext pipeline potential includes multiple indications, the company’s near future plans are to develop the same PXT864 in other orphan and common neurodegenerative diseases, such as Parkinson’s disease and ALS.

“PLEOTHERAPY could be the magic bullet,” Dr. Cohen says. “It is universally applicable to any disease or compound, regardless of development stage or lifecycle status.”

To connect with Pharnext, or any of the other companies featured on BioTuesdays, send us an email at editor@biotuesdays.com.