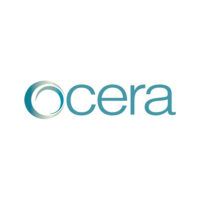 Stifel downgraded Ocera Therapeutics (NASDAQ:OCRX) to “hold” from “buy” and slashed its price target to $1 from $9 after the company reported top-line results from a Phase 2b study evaluating ornithine phenylacetate (OCR-002) in hospitalized patients with hepatic encephalopathy (HE).

Analyst Stephen Willey writes that top-line data confirm OCR-002’s ammonia-lowering mechanism of action, demonstrate directional improvement across all evaluable endpoints, and established a correlation between the severity of baseline HE and plasma ammonia levels.

“However, we believe the inability to achieve statistical significance on the outcomes-based primary efficacy endpoint – combined with an expected lack of clarity into the potential implementation of future trial design changes until the second half 2017 regulatory guidance is in hand – significantly resets the near-term trajectory of the story,” he added.

“We believe a lack of near-term data catalysts (next oral OCR-002 data point likely not until YE17+), increased scrutiny on the balance sheet (runway through 1Q18), and a generally-challenging environment for micro-cap/illiquid biotech stocks will keep Ocera shares range-bound over the near-term, despite our longer-term belief in the viability of OCR-002 IV/oral formulations,” Mr. Willey said.