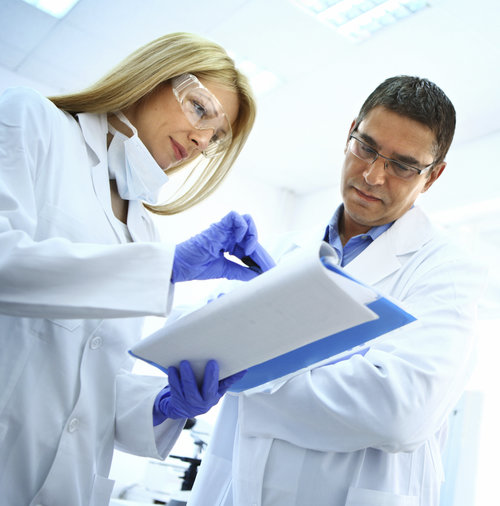 What if it were possible to deliver a broad range of potent cancer drugs more optimally, enhancing both their safety and efficacy?

That’s the question CytRx (NASDAQ:CYTR) hopes to answer this December when it plans to report top-line Phase 2b data from a global clinical trial of its lead drug, aldoxorubicin, as a first-line treatment for soft tissue sarcoma, where tumors develop in soft tissue such as muscle, fat, blood vessels, nerves, tendons and in the lining of joints.

“Our clinical and preclinical evidence thus far supports our belief that aldoxorubicin and our technology platform have the potential to dramatically improve traditional chemotherapy by allowing cancer patients to receive more drug, up to 3.5-to-four times more drug, and have fewer side effects,” president and CEO Steven Kriegsman says in an interview with BioTuesdays.com.

“Aldoxorubicin is just the tip of the iceberg, since we are making better versions of several anti-cancer drugs,” he adds.

Last month, CytRx reported that preliminary data from the Phase 2b trial, indicating that soft tissue sarcoma patients treated with aldoxorubicin had a significantly higher overall response rate of 22%, compared with zero in patients receiving the widely used chemotherapy, doxorubicin, which is the current standard-of-care for advanced, metastatic soft tissue sarcoma.

In addition, aldoxorubicin was safely delivered at 3.5 times to dose level of doxorubicin, which has many side effects, including potential damage to heart muscle. While top-line progression free survival data will be released in December 2013, overall survival data is set for release in the second half of 2014.

In an earlier Phase 1b/2a study, soft tissue sarcoma patients treated with aldoxorubicin had median progression-free survival of 6.4 months, which was “very strong,” Mr. Kriegsman points out, with acceptable safety and no acute cardiotoxicity.

Mr. Kriegsman says CytRx has worldwide rights to the technology, which has the potential to be used with many chemotherapy drugs. “Manufacturing the linker-chemotherapy conjugate to create a new chemical entity has some secret steps and will remain so, just like the secret formula for Coca-Cola.”

On Friday, CytRx raised $25.9-million, before expenses, from a common stock offering to fund clinical trials of aldoxorubicin, among other uses.

In April, the FDA granted CytRx a special protocol assessment for the design of a global pivotal Phase 3 trial with aldoxorubicin as a treatment for patients with soft tissue sarcomas who have relapsed, were refractory or could not tolerate prior treatment with chemotherapy.

The company plans to start the trial in the first quarter of 2014, enrolling 400 patients at more than 100 clinics in North and South America, Western and Eastern Europe, and Australia. Data for progression free survival, which is the primary endpoint, is set for release in the first quarter of 2016. Secondary endpoints are overall survival and safety.

“For approval, we need to show 2.2 months of improvement in progression free survival, which we are confident in achieving,” Mr. Kriegsman contends. Each year, there are some 40,000 new cases of soft tissue sarcoma and 13,000 deaths in the U.S. and Europe. “This is a significant unmet medical need because patients’ tumors progress on existing therapies,” he adds.

At the 2013 European Cancer Congress last month, CytRx presented data showing significantly improved survival rates in animals with a human model of glioblastoma, the most frequent primary brain tumor. In addition, the data demonstrated an improved and narrow distribution of aldoxorubicin within the human body in a pharmacokinetics trial.

“We saw clear evidence of drug concentration inside tumors growing in the brain and significant tumor regression in aldoxorubicin-treated animals, where doxorubicin did not appear to enter the tumor to any significant degree and showed virtually no efficacy in the treatment of these brain tumors,” Mr. Kriegsman says.

Later this year, CytRx plans to enroll up to 28 patients in a Phase 2 clinical trial to evaluate the preliminary efficacy and safety of aldoxorubicin in patients with unresectable glioblastoma, whose tumors have progressed following prior treatment with surgery, radiation and with the drug, temozolomide. Preliminary results are expected in the third quarter of 2014.

Mr. Kriegsman says the John Wayne Cancer Center in Santa Monica, Calif.; City of Hope in Duarte, Calif.; and the LSU Cancer Center in New Orleans have agreed to participate in the trial. Glioblastoma affects 12,500 new patients in the U.S. annually, with a median survival of 14 months and a five-year survival rate of about 4%.

Also in the fourth quarter this year, CytRx plans to enroll up to 30 patients with AIDS-related Kaposi’s sarcoma in a Phase 2 study at the LSU Cancer Center. Kaposi’s sarcoma is a common HIV-associated tumor. Results of the trial are expected in the first half of 2015.

Mr. Kriegsman suggests that the key to this trial is that Kaposi’s sarcoma usually manifests as skin lesions. “We’ll have the opportunity to biopsy these lesions as the trial progresses and to collect important information about the accumulation of aldoxorubicin at the tumor site,” he adds.

The current standard-of-care for severe dermatological and systemic Kaposi’s sarcoma is liposomal doxorubicin. However, a significant proportion of patients exhibit minimal to no clinical response and the drug’s toxicity often prevents continued therapy.

In addition to enhancing the delivery of doxorubicin, CytRx is expanding its pipeline by developing delivery-enhanced cisplatin for the treatment of ovarian and lung cancer, and delivery-enhanced topotecan for the treatment of ovarian and colorectal cancer. Both products are in preclinical development and are not expected to begin human testing until 2015.

Mr. Kriegsman says the company is in talks with “multiple Big Pharma and Big Biotech” about a potential sales and marketing partnership for aldoxorubicin. “No decision has been made yet because our platform is so broad, but if we go forward with a partnership, we could do one in 2014.”