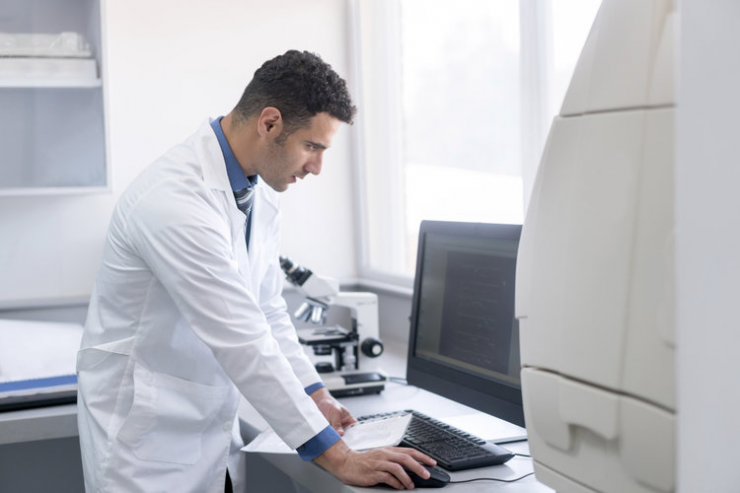 After a successful $27-million IPO in the summer, Heat Biologics (NASDAQ:HTBX) plans to begin two proof-of-concept trials later this year of its platform to transform living cancer cells into pumps that continually secrete antigens to activate a patient’s immune system against a targeted cancer.

“This is a broad-based immunotherapy platform that unleashed a robust pan-antigen T-cell attack against a wide range of cancers,” founder, chairman and CEO, Jeffrey Wolf, says in an interview with BioTuesdays.com.

“Unlike other cancer vaccine technologies, our approach is designed to create living drug factories that create and maintain an immune response against multiple tumor proteins as part of a multi-prong attack against the tumor,” he adds.

Gp96 is tethered to cells and is normally released only during unnatural cell death. The company’s technology severs the leash that binds gp96 to the cell, which creates modified living cells that continuously secrete gp96 bound to the proteins produced by the cell.

According to Mr. Wolf, modified tumor cells are irradiated to prevent them from replicating when injected into the patient. The technology allows the immune system to identify a variety of tumor-specific antigens, increasing the likelihood that tumor cells will be recognized and killed.“Clinical and pre-clinical results indicate that ImPACT generates a potent anti-tumor immune response that fights targeted tumors and keeps the body tumor-free even when re-challenged with the cancer.”

Mr. Wolf says the company’s “off-the-shelf” approach generates an unlimited drug supply for immediate treatment and frequent administration, with no patient-specific processing required. In addition, he claims that the process is less expensive to produce and administer than autologous therapies like Dendreon’s (NASDAQ: DNDN) Provenge immunotherapy for prostate cancer. “Our cost of goods sold has the potential to be several hundred dollars per patient versus $35,000 for Dendreon,” he contends.

“A key component of our thesis that the shares can trade to $15 is our belief that milestone events will drive value into the shares,” Ms. Goldstein wrote in her report.

In an earlier Phase 1 trial, which was funded by the NIH, the company’s HS-100 drug candidate generated an immune response in 11 of 15 patients with late-stage lung cancer and was well tolerated, with no treatment-related serious adverse events. In addition, the median one-year survival rate of patients was 44%, compared with published historical data of 5.5%.

Mr. Wolf points out that the 11 immune responders in the trial achieved a median survival of 16.9 months, while the four non-responders had a median survival of 4.5 months, which is consistent with the expected survival times in the patient population. Moreover, one HS-110 patient is still living more than three years later, and another patient is still alive after more than four years.

Lung cancer is the second most common cancer in the U.S., with no reliable treatment options for late-stage patients.

Heat Biologics plans to initiate a two-stage, Phase 2 clinical trial in the first quarter of 2014, enrolling 30 stage 3/4 lung cancer patients to find the optimal dose of HS-110. Data will be reported about nine months after the trial starts. At the end of 2014, some 90 patients will move into stage two, which is a proof-of-concept study to determine progression-free survival, with data to be released 18-to-24 months later.

The company also has developed HS-410 for the treatment of bladder cancer recurrence. It has filed an investigational new drug application with the FDA and plans to begin enrolling about 100 patients in a Phase 1/2a trial in November. The study will be conducted in two stages, with the goal of the first stage to find an optimal dose of HS-410, to be followed by a proof-of-concept trial to determine time to recurrence, immune response and safety and tolerability.

In 2012, there were 73,000 new cases of bladder cancer reported in the U.S. and 15,000 deaths. Due to a high recurrence rate, bladder cancer has one of the highest lifetime treatment costs per patient of any cancer, Mr. Wolf points out, noting that no new drugs have been developed in the past 25 years to treat patients.

“Our partnering strategy is to move our drugs through Phase 2 and then seek out partners to complete pivotal development and commercialization,” he adds.

“The immunotherapy sector is gaining momentum and is on the cusp of great industry breakthroughs in coming years,” Mr. Wolf says, pointing to industry predictions that in a decade, immunotherapy cancer drugs will be treating 60% of cancers and generating annual sales of up to $35-billion, compared with $1-billion now.

“We feel our approach will find a place to be used either alone or in conjunction with other immunotherapies to create an even more robust response,” he adds.