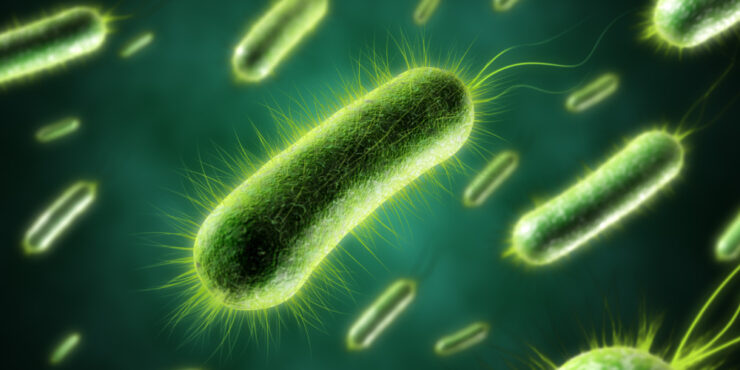 Closely-held Bombi Biomics of the Netherlands has developed a technology known as Bombilysin with the potential to kill bacteria from the outside shell in contrast to conventional antibiotics that typically are intended to stop essential biological functions of the bacteria like multiplication or growth.

“As soon as our product comes into contact with the bacterial cell membrane, the cell membrane gets punctured, and the bacteria will start leaking their contents,” Jeroen Hofenk, founding director and CSO, says in an interview with BioTuesdays.

“The bacteria will die within a few minutes in contrast to traditional antibiotics, which take hours or even days to kill the bacteria,” he contends.

“Our Bombilysins are excellent candidate agents that subvert a number of microbial antibiotic resistance mechanisms, and thus are attractive agents to address and overcome these mechanisms.”

Mr. Hofenk explains that Bombilysins a combination of the prefix “Bombinin” or an antimicrobial peptide derived from the amphibian, Bombina orientalis, with an “endolysin” enzyme that a phage produces to kill a bacteria is a novel antimicrobial platform technology to combat bacterial pathogens that show high resistance rate to other antimicrobials, such as antibiotics.

Before Bombi was founded in January 2021, nearly a decade of R&D went into the company’s strategic development. In those early days, Mr. Hofenk’s immediate priority was to tap academia to bring the best skill sets into the nascent organization. “Each member brought a unique perspective and skill set to the internal collaboration,” he recalls.

In no uncertain terms, Mr. Hofenk warns that the next pandemic is already happening. The global threat from antimicrobial resistance is slowly growing and threatens to kill 10 million people by 2050 at an additional $1.2-trillion in health care costs a year.

Resistance occurs as antibiotics kill the bacteria that cause the illness, as well as good bacteria that protect the body from infection. The drug-resistant bacteria are now allowed to grow and take over. Some bacteria give their drug-resistance to other bacteria, causing more problems. “Our focus is fighting antimicrobial resistance with the help of engineered endolysins.”

Of the pathogens that are responsible for many drug-resistant healthcare-acquired infections, Bombi has a major focus on Kiebsiella pneumoniae, a bacteria largely responsible for COVID-19 death. “It becomes an opportunistic pathogen when the immune system is compromised and with its rigid cell wall, is largely untreatable with antibiotics,” he points out.

Mr. Hofenk explains that Bombilysins are engineered as quorum sensing peptides, which enables them to target the cell wall of a specific bacteria species and can be engineered as target-specific, or broad spectrum.

Bombilysins mechanism of action involves binding to negatively charged surface elements, or lipoteichoic acids, of bacteria enabling access to its primary target, the cytoplasmic membrane which causes a lethal osmotic imbalance within the bacteria.

“Unlike antibiotics, Bombilysins do not require an active metabolism because they work directly on the cell envelope by combining electrostatic and hydrophobic peptides,” he says. “Under high osmotic pressure, the inner membrane blebs out and finally the bacterial cell bursts.”

Mr. Hofenk says Bombi is growing a robust R&D program for several targets to prevent or treat bacterial infection, including pulmonal infectious diseases and dermatology, with a lead program in acne. Acne has a global prevalence of an estimated 733 million people.

“Bombina orientalis, an ancient oriental fire-bellied toad, has served as our inspiration for engineering a targeted, species-specific bacteria-killing peptide to fight Cutibacterium acnes while maintaining your skin microbiome balance.”

Bombi’s acne product contains its proprietary active ingredient: Bombilysin, an antimicrobial peptide that is engineered in a way that it can only kill the unwanted Cutibacterium acnes bacteria while leaving the good bacteria intact that is essential to keep skin microbiome balanced, he adds.

Mr. Hofenk explains that to maintain overall homeostasis, the skin microbiome’s beneficial bacteria have to overpower pathogenic bacteria. “When the pathogenic bacteria win out, it influences the skin’s surface and contributes to dermatological conditions, such as acne, rosacea, atopic dermatitis, and psoriasis.”

Bombi is preparing to launch its product for acne vulgaris this fall and plans to follow that up with treatments for rosacea and atopic dermatitis, possibly next year. If the product launches are successful, Mr. Hofenk suggests Bombi would consider going public in Europe and North America.

The company initially plans to use e-commerce to bring awareness to its commercial launches. “Our target market is individuals between the age of 13 and 24 because they are more likely to adopt online guidance than visit a pharmacy.”

Mr. Hofenk argues that most over-the-counter acne treatments on the market are based on benzoyl peroxide with or without antibiotics, which basically is “napalm for one’s skin microbiome. But not us.”

To connect with Bombi Biomics or any of the other companies featured on BioTuesdays, send us an email at editor@biotuesdays.com.