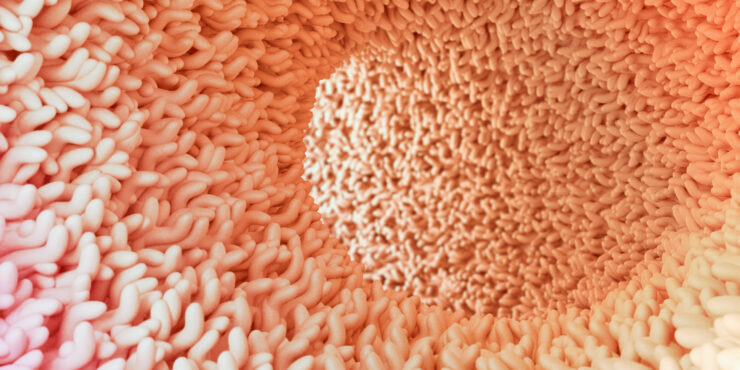 “Our larazotide drug candidate is the first drug to move into a Phase 3 trial in celiac disease, with a topline data readout in the second half of 2021, while our proprietary long-acting GLP-1 agonist, NM-002, for short bowel syndrome, will have topline Phase 2 data by the first quarter of 2021 at the latest,” John Temperato, president and CEO, says in an interview with BioTuesdays.

The company also will be selecting by the end of 2020 lead GI indications for two early-phase orphan-drug programs: NM-003, a long-acting GLP-2 injectable agonist, and NM-004, a small molecule oral immunomodulator.

9 Meters, whose name refers to the average length of the GI tract, was created in April 2020 through the merger of RDD Pharma, a closely-held Israeli specialist in GI disorders, with autoimmune and inflammatory diseases firm Innovate Biopharmaceuticals and GI biopharma Naia Rare Diseases.

Short bowel syndrome is a debilitating orphan disease, where patients have a GI tract of some two meters long, compared with a normal length of nine meters, resulting in an inability to absorb fluids and nutrients from food to sustain life. The disease affects up to 20,000 people in the U.S., with a similar incidence in Europe.

“This is a severe disease with life-changing consequences and requires life-long dependency on parenteral support to survive,” Mr. Temperato points out.

Mr. Temperato explains that the company’s long-acting GLP-1 agonist for short bowel syndrome is different from GLP-1s used to improve glycemic effects in Type 2 diabetes.
“NM-002 basically works by slowing digestive transit time of food through the GI tract so a patient is able to absorb the nutrients in food prior to excretion.”

NM-002, which utilizes Amunix Phamaceuticals’ XTEN technology to extend the circulating half-life of a GLP-1 peptide, exenatide, has demonstrated acceptable safety and a half-life of up to 30 days. NM-002 has been granted orphan drug designation by the FDA.

The existing drug on the market for short bowel syndrome, Gattex, is a GLP-2 analog that requires daily dosing and has an onset of action that can take two-to-three months. “NM-002 has the potential for dosing once or twice a month, with an onset of action after the first dose because of the drug’s effect on gastric motility,” Mr. Temperato contends.

Gattex, which costs some $40,000 a month and was FDA-cleared at the end of 2012, increases intestinal and portal blood flow, and stops the secretion of gastric acid. It comes with an FDA risk evaluation and mitigation strategy to manage known and potential side effects, such as colon polyp growth, GI obstruction, and biliary and pancreatic disorders.

In July 2020, 9 Meters began dosing adults with short bowel syndrome in a Phase 1b/2a open-label clinical study at Cedars-Sinai Medical Center to assess the safety and tolerability of three doses of NM-002. Change in daily urine output volume is the primary endpoint, and parenteral support volume is the secondary endpoint. The company hopes to report topline results from the Phase 1b/2a study later in 2020 or early in 2021.

The company also expects to report an interim analysis in the first half of 2021 from its Phase 3 trial of larazotide for the treatment of celiac disease, which is triggered by eating gluten, a protein found in grains, such as wheat, barley and rye. Topline data are expected in the second half of 2021.

Once ingested, gluten is broken down into small gliadin peptide fragments, which are responsible for an immune reaction. In celiac patients, the reaction results in inflammation and damage to the intestinal barrier, whose function is to prevent leakage of intestinal fluid.

Larazotide, which is gut-restricted and non-systemic, works by reducing the immune response from eating gluten and preserving much of the function of the small intestine. In multiple preclinical and clinical studies, larazotide acetate and its metabolites were not detected in human serum, resulting in a waiver from the FDA for the need of a study to determine whether larazotide impacts the heart’s electrical system.

Mr. Temperato explains that orally administered larazotide tightens the junctions between epithelial cells in the gut, preventing cytokines leaking into the GI tract and causing an inflammatory response. “That’s why we call it a tight junction regulator. It’s like tightening shoelaces.”

A gluten-free diet is the only therapy for celiac disease, which has a prevalence of about 1% of the population in the U.S. and Europe, or about 6.7 million people. GI symptoms include abdominal pain and cramps, bloating and flatulence.

Celiac patients also have a specific human leukocyte antigen class 2 gene variant. “The genetic link in this autoimmune disorder is important because it helps ensure we get the right patients in a clinical trial,” Mr. Temperato contends.

The Phase 3 trial for larazotide began in 2019, and is enrolling 525 patients across 100 clinical trial sites, with three treatment groups: 0.25 mg of larazotide, 0.5 mg of larazotide, which was used in a successful Phase 2 trial, and a placebo arm.

The primary endpoint is a patient responder questionnaire, which includes reporting of symptoms such as diarrhea, nausea, constipation, abdominal pain, flatulence, GI reflux disease, and vomiting. The primary endpoint will measure the mean change from a patient’s baseline score on the questionnaire over 12 weeks for the two active doses versus placebo. An additional 12 weeks of therapy also will be evaluated to better understand safety, Mr. Temperato says.

To connect with 9 Meters Biopharma or any of the other companies featured on BioTuesdays, send us an email at editor@biotuesdays.com. 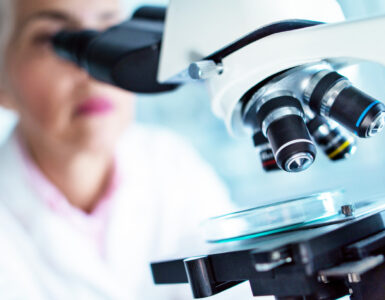 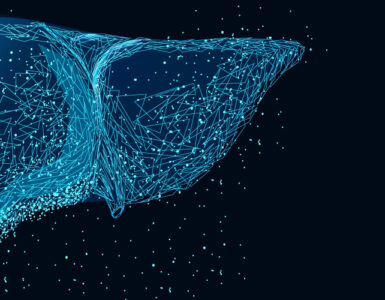