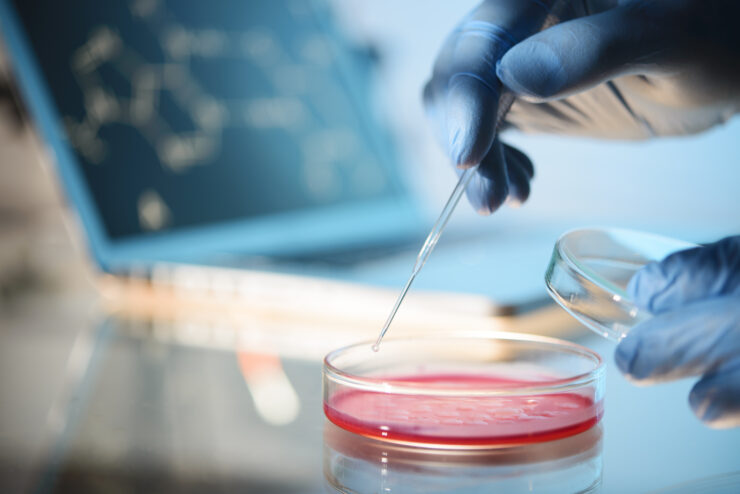 Kane Biotech (TSXV:KNE) has completed a major transformation during the past year, relaunching its animal health business, expanding into human health, raising non-dilutive financing, and hiring a new executive team, including a chief scientific officer and assembling a scientific advisory board.

“This company has flown under the radar for many years, disappointing investors with missed milestones. But in the past year, our achievements have exceeded our expectations and we’re ready to grow the business in a big way,” CEO, Marc Edwards, says in an interview with BioTuesdays.

Mr. Edwards, who moved into the executive suite at Kane in September 2018, says a key element in the turnaround has been securing some $10-million in non-dilutive funding and building a new executive and scientific team.

In the veterinary channel within its animal health segment, where Kane has licensed its technology to partner, UK-based Dechra Veterinary Products (LON:DPH), Dechra is entering new marketing regions with its Vetradent line of products and expanding its product portfolio. Kane also is expanding its bluestem line of oral care pet products within the pet specialty retail channel into higher volume market segments in the U.S., Europe and China, as well as growing its online sales of the bluestem product line.

In its human health business, Kane is moving to establish the regulatory pathway to obtain 510(k) approval from the FDA in 2020 for its DispersinB wound care hydrogel. “We believe we have the data to prove that our gel is substantially equivalent to existing gels on the market without the need for any further clinical testing,” Mr. Edwards contends. “We believe DispersinB can significantly improve the efficacy of antimicrobials and antibiotics in wounds.”

The strategy seems to be working. Revenue in the first nine months of 2019 jumped 240%, with the company forecasting revenue of some $2-million in its animal health operations for all of 2019, growing to about $5-million for 2020.

Mr. Edwards attributes the turnaround to an aggressive plan to expand its product line and increase milestone payments from Dechra in North and South America and Europe. In addition, he says the company is planning for a major sales push of bluestem in the U.S. and the launch of two new products lines in skin care and pet supplements.

Kane was formed in 2001 to study genetic mechanisms of biofilm formation. Biofilms are formed when bacteria and/or fungi adhere to surfaces and excrete a glue-like substance that acts as an anchor, protecting bacteria from the environment. Biofilm formation can make bacteria up to 1,000 times more resistant to antibiotics, antimicrobial agents, disinfectants and the host immune system.

“Our mission is to discover and commercialize unique and compelling technologies that will prevent biofilm-related infections in human and animal healthcare as well as biofilm- related problems in industrial and agricultural applications,” Mr. Edwards says.

According to Mr. Edwards, existing solutions to biofilm problems are ineffective, rely heavily on antibiotics, are costly and toxic. Most R&D into biofilm eradication is done by universities or small underfunded biotech companies, with little incentive to commercialize new products.

“We have the scientific know-how, the technologies and the first mover advantage to take a strong leadership position in biofilms, with DispersinB being a potential benchmark in human wound care,” he adds.

Industry surveys peg the wound care market reaching $22-billion by 2022, driven by the growing prevalence of diabetes and rapid growth in the geriatric population.
Mr. Edwards says the oral pet care market is one of the fastest growing pet care segments. “We’re not only hoping to establish a position in the existing pet oral care products market which is reaching $1-billion, but also offer pet owners a real alternative to expensive oral care services, which are estimated at more than $4-billion.”

Kane’s long-term vision is to establish four operating subsidiaries in animal and human health, along with industrial and agriculture applications for product licensing and commercialization, he points out. The company also plans to play a role in contract research into biofilms to advance its product pipeline.

“We have a strong pipeline for growth in the veterinary market through our licensing agreement with Dechra and its Vetradent line of products,” Mr. Edwards says. Kane is hoping to update the licensing agreement to include skin care; canine otitis, a chronic inflammation of a dog’s external ear canal; and wound care products, generating what Mr. Edwards calls multiple licensing revenue streams. For the bluestem line, he believes that “by building commercialization, we will increase the potential value of licensing deals.”

Kane and Dechra also are in discussions to expand the current reach of the licensing agreement beyond North and South America to cover Europe, Australia and New Zealand, and the rest of the world, he adds. “We have a solid global partnership with Dechra going forward in terms of royalties and expansion milestones.”

In the specialty pet market, Kane is commercializing its own bluestem line of oral pet care products. Mr. Edwards points out that online sales are growing rapidly through Amazon and Chewy.com is expected to list the bluestem line in the first quarter of 2020. The company is also boosting sales through major retailers, such as Pet Valu, Mondou and Hollywood Feed.

“The pet specialty market requires a unique marketing effort that is quite different than the veterinary market and as part of that effort, we are implementing strategic partnerships to expand bluestem in the U.S. through our agent, SLA Brands, and in China through Eetoys,” he adds.

In its human health segment, Mr. Edwards says with DispersinB, Kane isn’t looking to replace existing products but rather make them a lot better. “DispersinB is a unique enzyme in that it has no antimicrobial or antibiotic effect but dissolves the biofilm or glue secreted by certain bacteria” he contends, “While DispersinB does not kill bacteria, it significantly improves the efficacy of antimicrobials and antibiotics in wounds, and has synergistic activity with a wide range of known antimicrobials.”

Kane has requested a pre-submission meeting with the FDA, which should happen in the first quarter of 2020, as a steppingstone to a 510(k) application in the third quarter. Approval would open the door to DispersinB being a predicate device for saline rinses, bandages, surgical washes and dissolving films, for example, as well as OTC products, such as facial washes to treat acne, antimicrobial ointments and mouthwashes.

Mr. Edwards says there is “anecdotal evidence to show that the DispersinB technology is far more robust” than Next Sciences’ Xbio technology and its BlastX antimicrobial wound gel to treat biofilm-related microbial infections. The FDA cleared BlastX in August 2018 and Next Science licensed it to 3M (NYSE:MMM).

Kane intends to license the DispersinB technology, once approved, to a large 3M competitor. “We have initiated discussions with a number of important industry players and there seems to be a lot of interest in our technology platform,” he adds.

“This is just one of the milestones we want to achieve in 2020, along with aggressively pursuing non-dilutive funding to address biofilms in our industrial and agriculture segments, launching our canine otitis and other animal health care products, out-licensing our oral care products to Dechra for Europe and the 510(k) clearance,” Mr. Edwards says.

To connect with Kane, or any of the other companies featured on BioTuesdays, send us an email at editor@biotuesdays.com.