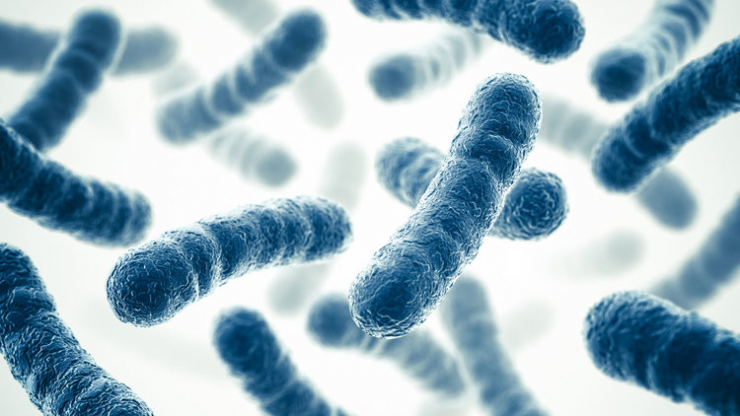 Closely-held Karius has developed and commercialized a next-generation sequencing test that can identify and quantify microbial cell-free DNA from more than 1,300 bacteria, viruses, fungi and parasites using a non-invasive blood sample.

“Pathogens leave traces of genomic DNA in the bloodstream and by sequencing these traces, we can identify a broad list of pathogens and help physicians treat acute infections through a single test,” Tim Blauwkamp, CSO, says in an interview with BioTuesdays.

While the concentration of cell-free DNA varies with pathogen-load over time, “we have designed controls that allow us to make very accurate measurements of an infection load,” he contends. “In many cases, a quantitative measurement of a relative infection level is an important guide to therapy.”

The Karius Test can detect more than 750 types of bacteria, including those that cause pneumonia and tuberculosis; more than 100 types of DNA viruses such as herpes, adenovirus and human bocavirus; and more than 350 molds, fungi and other eukaryotic parasites, including candida and penicillium species.

“To date, we’ve been able to identify pathogens in hundreds of cases where the pathogen was fastidious or unculturable,” he says. “In many cases, we’ve sequenced and identified pathogens that physicians had no idea were causing the infection.”

Dr. Blauwkamp explains that the process for a Karius Test begins with a physician collecting a five-milliliter blood draw from a patient suspected of having an infectious disease. Ideally, the blood sample is collected in a plasma preparation tube, which can be spun on site before being sent to the Karius lab at Redwood City, Calif.

The company processes the specimen with fully automated equipment that isolates the cell-free nucleic acids from the plasma and removes unnecessary human DNA using Karius’ proprietary processes. The specimen is then sequenced and the data are analyzed using the company’s bioinformatics pipeline.

Karius then compares the data from each specimen to a library of controls so that only those microbes from a patient’s specimen are identified on a final report. The final report identifies those pathogens that are contributing greater than expected levels of cell-free nucleic acids in the blood, along with the number of cell-free nucleic acid molecules per microliter of plasma for the specific pathogen identified.

Dr. Blauwkamp says the Karius Test has a list price of $2,000. The test is mostly given to acutely ill patients in hospitals and is covered under diagnosis-related group codes that hospitals bill Medicare for cost effective patient treatment.

The College of American Pathologists and California’s clinical laboratory improvements amendments (CLIA) regulate the Karius Test. “We obtained our license at the end of 2016 and since then, we’ve upgraded the biology and informatics portions, and launched a quantitative version of the test in May 2018,” Dr. Blauwkamp says. The company’s Redwood City plant can run hundreds of tests at one time and “we have plenty of space to build out additional capacity.”

Infectious diseases represent the second leading cause of death worldwide after cardiovascular diseases. Some 1,500 people die every hour around the world from infectious disease. “In many cases, those deaths are caused by a lack of effective diagnostics and that’s the gap we’re trying to fill,” he adds.

In October 2018, Karius made its first international foray, inking a deal with Dasa, the largest medical diagnostic company in Latin America, to make its test available to hospitals in Brazil to better diagnose infections and use targeted treatments quicker. Brazilian samples are processed at Karius’ Redwood City lab, with results typically available the day after the sample is received.

Dr. Blauwkamp points out that conventional diagnostic methods have their limitations.

Blood culture has a low sensitivity and is unable to grow some pathogens, but is widely used because it is inexpensive. And if a patient is pretreated with antibiotics to stabilize an infection, as in sepsis, the antibiotics can interfere with results from a blood culture. “Cell-free DNA sequencing enables us to get to that species resolution, even if the pathogen is not growing in a blood culture,” he adds.

Dr. Blauwkamp says that in many cases with existing technologies, deep infections require invasive organ biopsies to identify the pathogen causing the infection. By sequencing the genomic DNA fragments left in the blood by deep-seated infections, diagnostic biopsies can often be avoided.

Dr. Blauwkamp cites the case of a five-year-old with leukemia admitted to hospital with fever and neutropenia. Blood cultures were positive for Kiebsiella pneumoniae and treatment with cefepime cleared the fever. However, the fever returned and a battery of blood and fungal blood cultures and PCR tests were negative.

The Karius Test, however, detected Rhizopus oryzae, a mold that causes invasive disease in immuno-compromised patients. The patient received targeted therapy and recovered. “This case demonstrates the utility of a non-invasive, accurate, and rapid infectious disease test,” he says.

To connect with Karius, or any of the other companies featured on BioTuesdays, send us an email at editor@biotuesdays.com 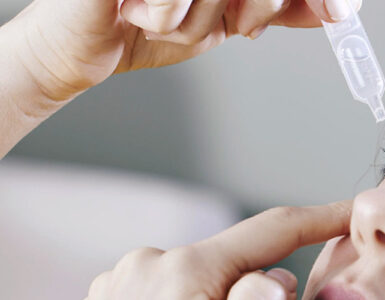 With a new, experienced management team and a $47-million series A financing in place, closely-held LENZ Therapeutics is gearing up for a pivotal trial of its aceclidine once-daily eye drop to treat presbyopia, the... 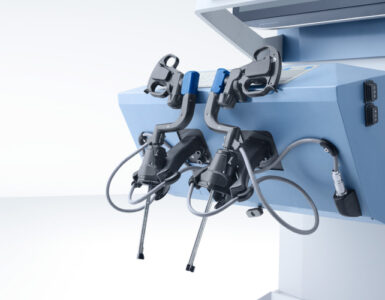 Asensus Surgical (NYSE American:ASXC) is digitizing the interface between surgeons and patients to pioneer a new era of Performance-Guided Surgery with its Senhance Surgical System.