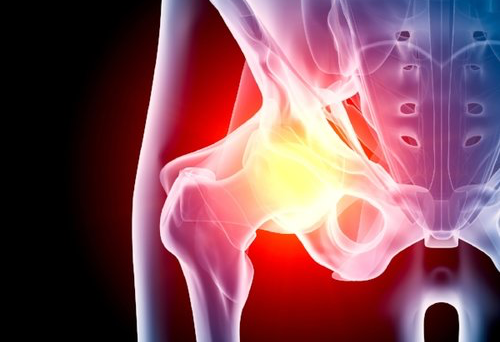 “We’re arming targeted agents, such as monoclonal antibodies, with isotope payloads and essentially creating heat seeking missiles against cancer,” Sandesh Seth, chairman and CEO, says in an interview with BioTuesdays.

“Radiation and antibodies are proven modalities against cancer, and so we’re taking the best attributes of both to create what we believe is a more effective, more tolerable treatment for many patients suffering from cancers lacking treatment options”

Mr. Seth explains that Actinium’s most advanced product candidate, Iomab-B, was licensed from the Fred Hutchinson Cancer Research Center, and is designed to be used, if approved, in preparing patients for a hematopoietic stem cell transplant, more commonly known as BMT, by conditioning the bone marrow without the need for intense chemotherapy.

Prior to the BMT procedure, physicians administer a conditioning regimen that ablates the bone marrow to destroy cancer cells, makes way for the new donor marrow, and decreases the body’s ability to reject the transplant.

“Often the only potential cure for patients with blood-borne cancers is a BMT,” Mr. Seth says.

Iomab-B has been granted orphan drug designation for relapsed or refractory AML in older patients, by the FDA and the European Medicines Agency (EMA).

“Currently, the only conditioning for BMT is salvage chemotherapy and/or total body irradiation, both of which really beat the patient up because they are so toxic, and kill healthy tissue,” he adds.

In an MD Anderson Cancer Center outcomes analysis of elderly patients with relapsed or refractory AML, conditioned with salvage chemotherapy and followed by BMT, zero percent of the patients survived at the two-year mark.

On the other hand, Mr. Seth points out that data from a Phase 2 Fred Hutchinson trial where patients were conditioned with Iomab-B prior to BMT, demonstrated that nearly 20% lived to celebrate their second anniversary.

Actinium expects to complete enrollment in 2019 of the 150-patient, Phase 3 SIERRA study of Iomab-B in relapsed or refractory AML in the elderly.

“We are really looking forward to the SIERRA interim results that are expected as early as this fall,” Mr. Seth says. “Our plan is to file a BLA with the FDA in early 2020 and commercialize Iomab-B ourselves.”

In addition to Iomab-B, Mr. Seth contends that Actinium has created a potentially best-in-class CD33 program. “We’re the only company to have CD33 targeting agents going after multiple disease indications, including AML, MDS and MM.”

CD33 is an antigen found on hematopoietic cells in certain blood cancers. The Actinium CD33 program is currently being studied in five Phase 1 and Phase 2 clinical trials for patients with AML, MDS, and MM.

“It’s being developed to induce remissions in elderly patients with AML, who lack effective treatment options, and often cannot tolerate the toxicities of standard frontline therapies,” he adds.

Actimab-A has been granted orphan drug designation from both the FDA and the EMA for newly diagnosed AML in elderly patients.

To date, Actimab-A has been studied in more than 100 patients, in four clinical trials. It is currently being tested in an open-label, Phase 2 trial with 53 patients newly diagnosed with AML, aged 60 and higher.

Another CD33 product candidate, Actimab-M, is being studied in a Phase 1 clinical trial for patients with relapsed or refractory MM. The trial will determine maximum tolerated does, assess adverse events, measure response rates, progression-free survival, and overall survival.

Mr. Seth says Actinium has also expanded its CD33 program beyond therapeutic use, and into targeted conditioning, with Actimab-MDS, “to provide treatment for the most difficult-to-treat MDS patients, by rapidly and safely bridging them to transplant.”

Actinium is finalizing discussions with the FDA for Actimab-MDS in order to set a clear path to a pivotal trial, Mr. Seth says.

According to Mr. Seth, Actinium is the only company worldwide with a multi-product, multi-disease pipeline focused on improved transplant access and outcomes, via significantly enhanced conditioning.

“These are exciting times for Actinium as we’re working toward creating a world-class supply chain, and, by the 2020-21 timeframe, we expect to have two distinct drugs on the market, both of which will be in targeted conditioning but for different indications, in 50 of the leading U.S. transplant centers,” he says.

To connect with Actinium, or any of the other companies featured on BioTuesdays, send us an email at editor@biotuesdays.com.