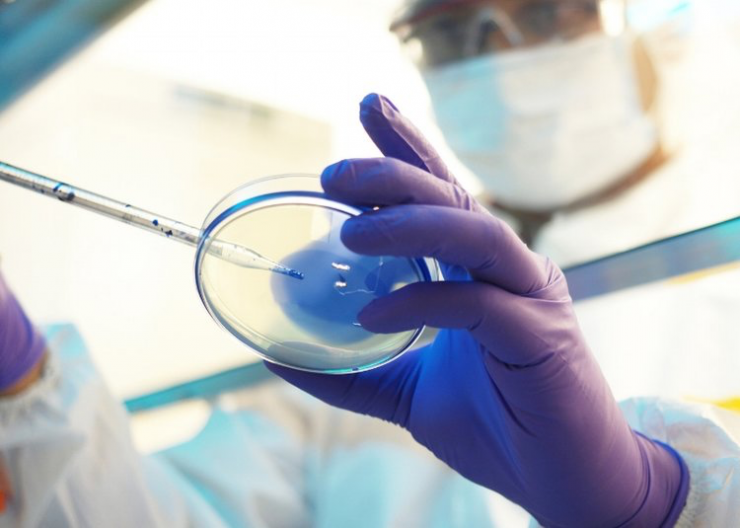 “This is a nice fit because AnGes is committed to developing truly novel biotherapeutics medicines, which directly aligns with Vasomune’s objectives,” Parimal Nathwani, president and CEO of Vasomune, says in an interview with BioTuesdays.

“We will lead the execution and commercialization plan to develop Vasculotide through joint steering committees organized by the two companies,” he adds. “It is a true collaboration rather than a hand-over of the molecule.”

Under the accord, AnGes will provide Vasomune with multimillion-dollar co-development contributions, including upfront and clinical milestone fees. The initial objective of the partnership is to achieve human proof of concept in ARDS, for which there is no approved effective targeted therapeutic currently.

“We decided to go after lung injury as an initial indication because the current formulation of Vasculotide lends itself to intravenous administration in a critical care setting,” Mr. Nathwani suggests.

Vasomune, a spin out from Sunnybrook Hospital and MaRS Innovation in Toronto, has completed preclinical efficacy studies with Vasculotide and is now preparing to move into IND-enabling studies, with the goal of beginning human studies in 2020.

ARDS, for example, is characterized by widespread inflammation in the lungs, resulting in leakage of fluid from capillaries in the lungs into the alveoli where blood is oxygenated. The fluid keeps the lungs from filling with enough air, resulting in less oxygen reaching the bloodstream, which can lead to organ failure and death.

In addition, he points out that 10% of all intensive care unit admissions are for ARDS and the mortality rate for these patients from vascular leakage and pulmonary inflammation is 30% to 45%, “which is what we are targeting.” Survivors often suffer long-term mental and physical problems.

The annual incidence of ARDS is nearly 300,000 in the U.S. and 170,000 in Europe, resulting in a market opportunity of greater than $2-billion based on competitive treatment costs. In addition, he notes that pathologies associated with lung injury are very high in Asia, relative to other parts of the world.

“The transaction is structured in a way that allows either party to create a sales and marketing organization as part of this deal to commercialize the technology,” Mr. Nathwani says.

“We have preclinical data for all of these indications,” he says, adding that some of these indications would require different formulations of Vasculotide to support an optimal target product profile. The accord with AnGes provides options for continued development after proof of concept in ARDS and expansion to other indications.

Mr. Nathwani explains that Vasculotide is a Tie2 receptor agonist. The Tie2 receptor is expressed on the surface of endothelial cells, which line blood vessels. “This receptor can’t be directly targeted by traditional small molecules, so we think we have a unique advantage with our molecule.”

In addition to a high degree of specificity and wide therapeutic window, Vasculotide has shown efficacy at low doses, so “we don’t anticipate toxicity as a function of dose,” he adds.

Vasomune in January 2017 filed a new patent application based on a modification of its original Tie2 agonist, which is covered under a 2007 patent in North America and Europe.

“This modification represents our clinical candidate going forward and should provide international protection on its clinical composition, methods and uses out to 2037,” he contends.

Mr. Nathwani explains that many pathogens can cause ARDS, such as influenza, SARS, MERS, bacterial pneumonia, malaria, tuberculosis and anthrax. “We don’t target the bug but rather target the pathology of the host vasculature, irrespective of the bug causing the lung injury. So we are not affected by resistance like bug-targeting agents.”

Vasomune has published data in three preclinical models of ALI, including influenza-induced ARDS, pneumococcal pneumonia and lipopolysaccharide-induced endotoxemia. “In all cases, we’ve seen enhanced survival and oxygenation, and decreased fluid in the lungs and capillary leakage,” he adds.

In preparation for clinical development, Mr. Nathwani says the company has dealt with most its pharmacology issues as well as chemistry, manufacturing and controls, including an agreement with a GMP company for the production of pilot toxicology batches.

“Our ongoing focus for 2018 and 2019 is pharmacokinetics and toxicology programs for IND-enabling studies in preparation for our Phase 1 study in 2020,” he adds. “We hope to have a pre-IND meeting with the FDA in the first half of 2019.”

To connect with Vasomune, or any of the other companies featured on BioTuesdays, send us an email at editor@biotuesdays.com.