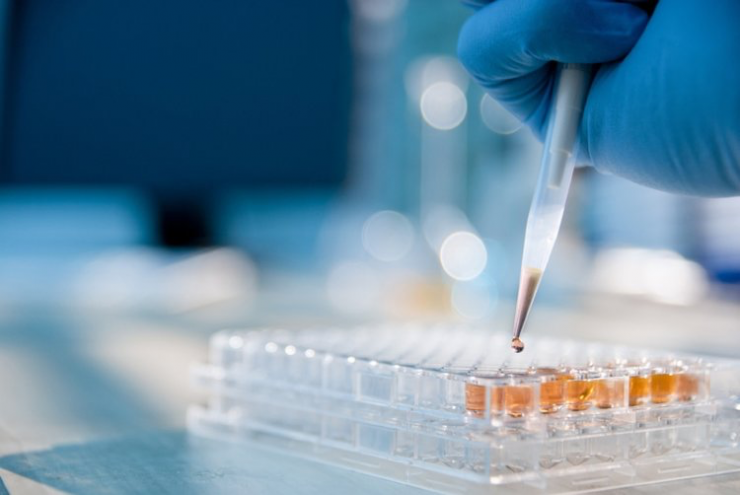 ASLAN Pharma gears up for data rich second half

ASLAN Pharmaceuticals (NASDAQ:ASLN; TPEx:6497) expects to report topline and interim data in the second half of 2018 from up to four clinical trials with its lead drug candidate, varlitinib, for the treatment of biliary tract (BTC) and gastric cancers, and with ASLAN003 for the treatment of acute myeloid leukemia (AML).

“We have a development platform focusing on Asia-prevalent cancers that are orphan in the U.S. and Europe, allowing for a potentially faster route to market,” CEO, Carl Firth, says in an interview with BioTuesdays.

“Most of our clinical trials are run in Asia where a majority of patients live, but the data is leveraged to seek approvals in the U.S., EU and other global markets,” he adds.

“Asia offers a unique opportunity to accelerate development in diseases where the cancers are more prevalent, access to a larger population of patients is easier and more cost-effective, and there are fewer competing trials,” he adds.

Singapore-based ASLAN has initiated a global Phase 2/3 trial of varlitinibin first-line HER1/HER2 gastric cancer patients, and expects to report topline Phase 2 data for overall response and tumor size from the first 40 patients in the second half of 2018.

Dr. Firth says that if the Phase 2 portion is successful, the company will proceed to the Phase 3 portion with 350 patients and a primary endpoint of overall survival. Both portions of the study are comparing varlitinib plus FOLFOX, a combination of chemotherapy drugs, against placebo plus FOLFOX.

According to Dr. Firth, varlitinib already has demonstrated activity in BTC, gastric, breast and colorectal cancers, completing two Phase 2 trials, with more than 400 patients dosed. Across all clinical trials, the most common drug-related adverse events were fatigue, nausea and diarrhea.

In relapsed/refractory AML, ASLAN expects to post interim data in the second half of 2018 with its ASLAN003 drug candidate.

AML is a rapidly progressing blood cancer, which is characterized by uncontrolled proliferation of immature blast cells in the bone marrow. In earlier studies, ASLAN003 induced differentiation of AML blast cell lines, which has been linked with apoptosis, leading to normalization of AML bone marrow.

Dr. Firth contends that ASLAN003 has the potential to promote differentiation in multiple cell lines that are unresponsive to an existing first generation therapy, all-trans retinoic acid (ATRA), which differentiates blast cells in up to 15% of AML patients, with complete response rates of more than 90%.

In ASLAN’s Phase 2 study, AML mutation analysis and ex-vivo bone marrow differentiation will allow identification of patients that are sensitive to ASLAN003, he adds. The study has three cohorts of six patients each, receiving a different dose of ASLAN003. “When we find the most efficacious dose, we plan to expand the number of patients in that cohort to generate sufficient data to have a meaningful conversation with the FDA.”

Earlier this month, the company filed the equivalent of an IND in Singapore for a first-in-man study of ASLAN004 for the treatment of atopic dermatitis, the most common dermatological disease. “At some point, we will seek a partner for this product rather than continue development into pivotal studies,” Dr. Firth says, adding that the company’s focus will remain in oncology.

Dr. Firth explains that varlitinib is a highly potent, oral, small molecule with balanced inhibition across the HER family of receptors, targeting HER1, HER2, HER4 and, indirectly, HER3. The HER family is responsible for driving growth in human epithelial cells.

HER-selective drugs, such as Herceptin, target only one type of HER receptor, HER2. But blocking just one receptor type is ineffective for many patients, he points out, because these tumors may be driven by a combination of the HER family.

“Varlitinib has the potential to inhibit growth of a much broader range of tumors,” he contends. “Varlitinib is the only pan-HER product being developed for BTC and HER1/HER2 gastric cancer.” The drug candidate has received orphan drug designation from the FDA.

Among other things, varlitinib previously demonstrated a 60% response rate in a randomized second-line HER2 breast cancer study, which is “superior to standard of care,” he suggests.

“We are targeting varlitinib to the 40% of gastric cancer patients that have HER1/HER2 co-expressing tumors,” Dr. Firth says, adding that these patients are currently being treated with doublet chemotherapy.

While BTC is often considered a subset of hepatocellular carcinoma (HCC), the most common type of primary liver cancer, Dr. Firth says drugs approved for HCC are not approved for BTC and median overall survival is about 12 months. Not a great deal is known about the drivers of BTC, he adds.

In addition, around 70% of BTCs express HER-family receptors and there are no approved targeted therapies for the disease. “Varlitinibhas the potential to be the first targeted therapy for BTC and first-line treatment for HER1/HER2 co-expressing gastric cancer,” he adds.

Following the Phase 1b study, ASLAN in April 2017 began its pivotal TreeTopp clinical trial with 120 second-line BTC patients at 58 sites in the U.S., Europe and throughout the Asia-Pacific region. The trial design includes randomizing patients with varlitinib in combination with capecitabine against placebo plus capecitabine, with topline data expected in 2019.

Dr. Firth says the trial needs to show a statistically significant difference in overall response or progression-free survival, but not necessarily both, “so we have two shots on goal.” The FDA also agreed that only 20% of the 120 patients must be from the U.S. and up to 80% from Asia, where the prevalence of BTC is higher. “Regulators have agreed that this study should be sufficient for approval,” he adds.

ASLAN also has a pivotal study underway in China with 68 second-line BTC patients. The first patient was enrolled in December 2017 and the company expects to release topline data by the end of 2018. The primary endpoint is overall response rate.

“Recent Chinese regulatory changes allow for the acceleration of innovative drugs addressing areas of high unmet need,” Dr. Firth points out, adding that in these cases, regulatory review averages seven months. “This could be the first potential path for varlitinib to reach market,” he suggests.

To connect with ASLAN, or any of the other companies featured on BioTuesdays, send us an email at editor@biotuesdays.com.