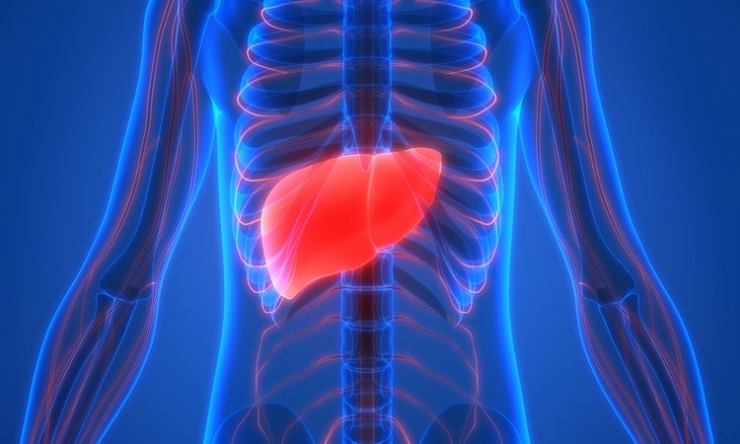 Vital Therapies (NASDAQ:VTL) expects to report top line data from its ELAD pivotal study, known as VTL-308, in patients with severe alcoholic hepatitis (sAH), an acute form of liver failure, by the end of the third quarter of 2018.

“Our technology seeks to use the power of human liver-derived cells to promote liver recovery,” CEO, Russell Cox, says in an interview with BioTuesdays. “Our mission is to save lives because mortality in the U.S. and Europe from this acute form of liver failure is up to 50%, even with best available standard of care.”

Liver transplant currently is the only therapy proven to increase survival but the surgery is severely limited by cost and donor availability, and is not recommended for most sAH patients under current clinical guidelines. There is no other known bio-artificial liver in clinical trials in the U.S. or Europe, he adds.

According to Mr. Cox, sAH is associated with episodes of binge drinking, often after a traumatic event in a person’s life, which can lead to severe liver inflammation and dysfunction. “This can progress through increased morbidity to death.”

“We can grow VTL C3A cells in large quantities and we own the cell banks to create them,” he adds.

The workhorse of the liver is the hepatocyte cell. In addition, endothelial cells are key contributors to liver regeneration. sAH patients experience increased death in both cell types from oxidative stress, steatosis, inflammation and cholestasis, among other things.

During treatment with the ELAD system, blood is drawn from a patient and separated to isolate the plasma. The plasma then passes into the four cartridges where it contacts VTL C3A cells, allowing two-way transfer of toxins, metabolites and nutrients, which mimics liver function.

The treated plasma is then reconstituted with blood cells and returned to the patient via a central venous line. A single treatment is continuous for about five days and certain generated proteins have been shown to circulate in a patient for up to 90 days.

Mr. Cox points out that VTL C3A cells have the potential to produce more than 300 identified proteins, many of which are critical to life, and carry out multiple metabolic functions.

“Most of our work has been on the mechanism of action of proteins involved in a reduction in inflammation and promotion of cell survival, although we have identified proteins involved in physiological and metabolic support,” he contends. “You couldn’t give any one of these proteins and really help a patient in this state; you need to provide a complement of things that are required to get the liver going again.”

So if a patient has a very inflamed liver, “one of the things we’ve seen is an immediate increase in interleukin-1 receptor antagonist, a well known and potent anti-inflammatory protein, as well as other well-defined factors, including alpha-1-antitrypsin, complement C3, gelsolin and interleukin-8 that combat inflammation,” he adds.

Mr. Cox says another important discovery was ELAD’s impact on bilirubin, which he calls a true biomarker of a healthy liver. Bilirubin is formed by the breakdown of red blood cells in the body and the liver helps to excrete it. High levels of bilirubin are associated with jaundice, which is easily recognizable as a yellowing of the skin or eyes.

In three earlier studies, he says ELAD treatments resulted in significantly lower levels of bilirubin, suggesting that the liver is starting to recover.

Vital hopes to enroll at least 150 sAH subjects in its pivotal VTL-308 trial, with overall survival as the primary endpoint. The trial, which has enrolled 147 patients as of March 12, 2018, is being conducted at 43 clinical sites in the U.S. and Europe. Top line data are expected around September this year.

“The enrolment criteria is based on what we learned in the VTL-208 study, namely that a subset of patients under the age of 50 and without multi-organ failure, had the best overall survival,” Mr. Cox claims.

In a new research report, analyst Katherine Xu of William Blair said the enrolled patients have baseline characteristics tracking closely to the subset from VTI-208 that is expected to benefit significantly from ELAD, and the review of death events by a team of independent statisticians led to the conclusion that no upsizing is needed.

“This suggests to us that VTL-308 conduct has likely been optimal, and it is well positioned to test the hypothesis of ELAD’s benefit in this patient population,” she added.

There are approximately 60,000 sAH patients across the U.S. and Europe each year. While sAH is Vital’s lead indication, the potential addressable market to be explored includes all acute and sub-acute forms of liver failure, including fulminant hepatic failure and surgery-induced acute liver failure. Citing a potential price range of $150,000 to $275,000 for an ELAD treatment, Mr. Cox suggests that a 20% to 30% market share would lead to a multi-billion-dollar market opportunity.

By comparison, the only existing life saving therapy for acute forms of liver failure is a transplant with an estimate total cost of more than $800,000 in the U.S., and which is not recommended for patients with sAH under current clinical guidelines.  This reflects ELAD’s potential to offer significant value to the healthcare system.

Rest of the world also represents a large market opportunity. In China alone, Mr. Cox says there are 130 million annual cases of hepatitis B, resulting in two million liver dysfunction and liver failure cases a year. “This is a health care crisis in China because there is really nothing they can do for these patients today.”

Elsewhere, approximately 2% of the population in countries like Russia, Brazil, the Middle East and Japan is affected with hepatitis B, which translates into large numbers of liver failure cases that need attention as well, he adds.

“If VTL-308 is successful, ELAD will have shown durable improvement in overall survival in a market that is highly concentrated and lacks competition, and is clearly an unmet medical need,” Mr. Cox contends.

To connect with Vital Therapies, or any of the other companies featured on BioTuesdays, send us an email at editor@biotuesdays.com.