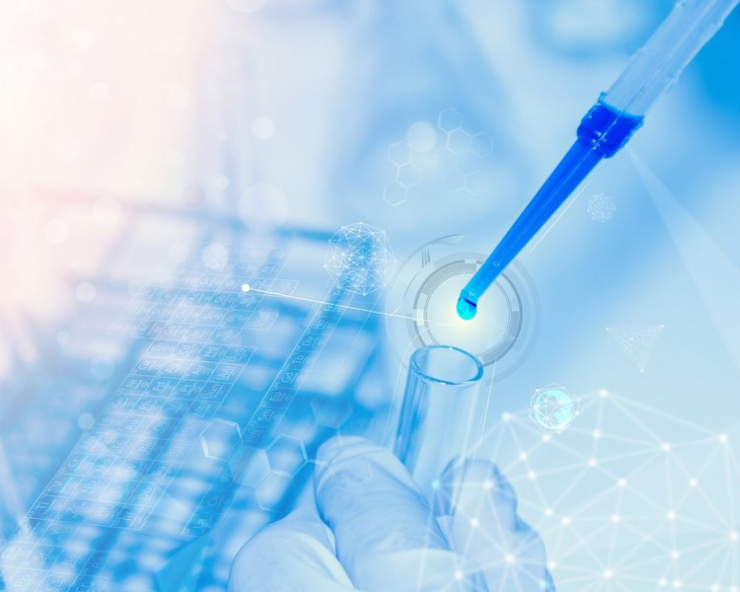 Swiss-based GeNeuro (Euronext Paris: CH0308403085 – GNRO) is leveraging the biology of human endogenous retroviruses (HERVs) to stop the causes of neurodegenerative and autoimmune diseases, such as multiple sclerosis (MS) and Type 1 diabetes, both of which are in Phase 2 trials, with data expected in 2018.

“The HERV field is a new frontier pioneered by GeNeuro since 2006, based on 15 years of R&D at Institut Mérieux and INSERM,” CEO and co-founder of GeNeuro, Jesús Martin-Garcia, says in an interview with BioTuesdays.

Mr. Martin-Garcia explains that HERVs represent about 8% of the human genome, are normally latent, but may become de-repressed and produce viral proteins. “HERVs may represent the missing link between viral infection and poorly understood diseases,” he adds.

While viruses do not appear to play a direct role in the development of autoimmune diseases, he suggests they may trigger the expression of HERV proteins in the cells they infect, allowing them to replicate. “This expression may include pathogenic HERV proteins, which play a key role in autoimmune and neurodegenerative disorders.”

In MS, GeNeuro is testing a therapeutic antibody, GNbAC1, against the envelope protein, pHERV-W Env, which may feed the inflammation and neurodegeneration characteristics of MS.

“The upstream neutralization of this protein is the first approach against a causative factor of the disease,” Mr. Martin-Garcia points out.

Currently approved MS drugs, which accounted for some $20-billion in 2016 sales, focus on reducing relapse of MS, with an associated impact on the immune system and potential side effects. But eight-of-10 people who are diagnosed with relapsing-remitting MS (RRMS) develop secondary progressive MS (SPMS) and there are no drugs preventing the progression of the disease, he adds.

According to Mr. Martin-Garcia, pathogenic pHERV-W Env is found in 100% of brain lesions and 75% of MS patients’ blood. The mode of action of pHERV-W Env in MS is to fuel inflammation and neurodegeneration, he contends.

At the end of 2014, GeNeuro inked a partnership in MS with Servier, a closely- held French company, which is funding the ongoing Phase 2b CHANGE-MS trial. Servier also has an option to acquire a license for GNbAC1 in MS for all territories, excluding the U.S. and Japan, and fund a global Phase 3 trial, including in the U.S.

GeNeuro, would be in line to receive up to €350 million under a licensing agreement with Servier plus tiered royalties up to the mid-teens on future sales. GeNeuro also would retain rights for GNbAC1 in the U.S. and Japan, which covers 67% of the worldwide MS population, and other GNbAC1 indications.

GeNeuro is scheduled to release 48-week Phase 2b results for GNbAC1 in RRMS patients in the first quarter of 2018 and Mr. Martin-Garcia believes that if the data are positive, a Phase 3 trial could be launched later in the year.

Results of an earlier Phase 2a study on progressive patients were published in the MS Journal in 2014, demonstrating a good safety profile over one year after repeated administrations of GNbAC1, and early signs of clinical benefit.

Specifically, GNbAC1 patients were radiologically stable after one year, with no new lesions or increase in existing lesions. Patients also had stable expanded disability status scale scores, representing levels of disability, over one year.

The CHANGE-MS Phase 2b study is a 48-week placebo-controlled study of 270 RRMS patients in 50 clinical centers in 12 European countries. At the end of 24-weeks, placebo patients were randomized into one of the three treatment arms.

The primary endpoint is an assessment of the efficacy of GNbAC1 based on the cumulative number of inflammatory lesions on brain MRI. Secondary endpoints at 48 weeks will include MRI measures of inflammation and neurodegeneration, clinical parameters, and biomarkers, including the pathogenic protein, pHERV-W Env.

In October, GeNeuro and Servier presented promising “post hoc” analyses of 24-week data from the Phase 2b study. The results showed an anti-inflammatory effect in active patients at the highest of three doses tested at week 24. In addition, at the same dose, a promising effect on remyelination was observed at 24 weeks.

Mr. Martin-Garcia suggests the results support the hypothesis of a late onset of action of GNbAC1 seen at six months, which could be due to its mode of action through neutralizing pHERV-W Env, without directly modulating or suppressing the immune system of patients, as well as to the time taken to reach a therapeutic concentration of the antibody in the brain.

“We have a number of hypotheses for the late onset of action of GNbAC1,” he says, noting that GNbAC1 has a half-life of one month, and reaches steady state concentration in serum after five-to-six months.

Since GNbAC1 does not modulate or suppress immune cells, he suggests that the effect of neutralizing a protein interacting with innate immunity may take time to show up on inflammatory measures.

GeNeuro also is offering patients completing the CHANGE-MS trial an option to continue treatment with GNbAC1 for 96 weeks in an open label extension study. Close to 95% of CHANGE-MS patients have moved into the extension study, which would give the company additional safety, efficacy and quality-of-life data.

In its Type 1 diabetes program, Mr. Martin-Garcia says data support the hypothesis of a causal role of the pHERV-W Env protein in the disease. Among other things, he notes that the protein was found in the pancreas of more than 60% of patients post-mortem.

GeNeuro currently is enrolling 60 recently diagnosed Type 1 diabetic adults in a Phase 2a placebo-controlled RAINBOW study of GNbAC1 in Australia. The trial should be fully enrolled by the end of 2017, with data released in the third quarter of 2018, he adds.

The primary endpoint of the RAINBOW study is safety. Secondary endpoints include the link between response and pHERV-W biomarkers; efficacy measures to demonstrate maintenance of insulin production; and other Type 1 diabetes-related biomarkers, such as insulin consumption, glycaemia and anti-beta cells antibodies.

“We are very excited about this program because it has the potential to be the first disease modifying therapy for Type 1 diabetes,” Mr. Martin-Garcia suggests.

The company also is preparing a Phase 2a proof-of-concept study with GNbAC1 in patients with chronic inflammatory demyelinating polyneuropathy, an orphan disease, also known as peripheral MS, following the receipt of scientific advice from the European Medicines Agency.

In addition, GeNeuro has a partnership with the NIH to achieve proof-of-concept that its HERV approach can address the pathogenesis of ALS. The company also has ongoing collaborations with research centers in France to develop a HERV approach against inflammatory psychosis.

“There are 26 families of HERVs identified to date and the scientific literature suggests that HERV families are involved in numerous pathologies,” Mr. Martin-Garcia says. “We are leveraging our first mover advantage to create a HERV platform and develop disruptive treatments for numerous additional diseases.”