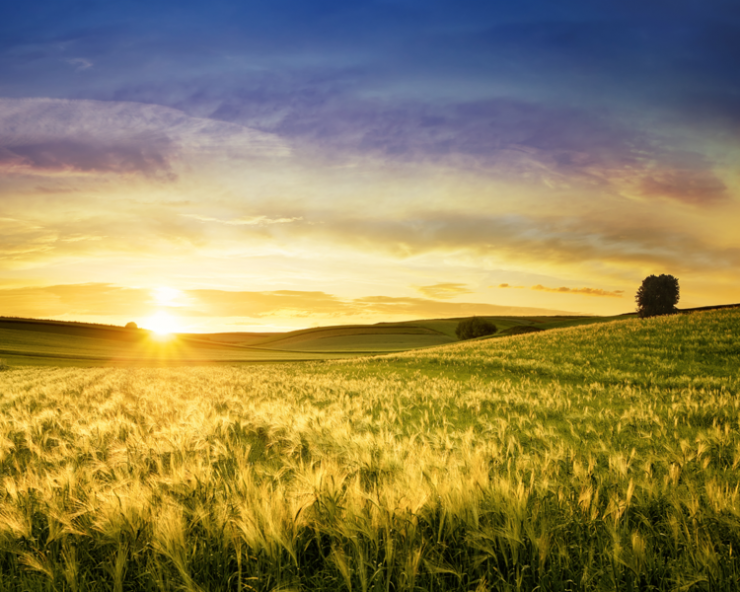 “Our strategy is to provide a full suite of biological solutions across all farmers’ needs,” CEO and founder, Pam Marrone, says in an interview with BioTuesdays. “Both organic farmers and conventional farmers use our products as a key component of their integrated pest management programs.”

Stargus is the seventh product commercialized by Marrone Bio in 11 years. “We are the only pure-play public biopesticide company in this disruptive, technology-driven market,” she adds.

In its near-term pipeline, Dr. Marrone says the company has completed R&D and is finalizing toxicology studies for its new herbicide, MBI 014, as part of an ongoing submission to the EPA.

MBI 014 is designed to control hard-to-kill weeds that are resistant to chemicals and for organic farmers who have few tools.

The company’s new biofumigant, MBI 601, represents a new genus of fungus discovered in the Honduran rain forest from inside the bark of a cinnamon tree, she adds. “You put it in the soil and it produces gases that fumigate around itself.” The biofumigant, which has been approved by the EPA, is named Ennoble.

In addition, Marrone Bio has at least seven additional products in its pipeline and is seeking partners to continue R&D and potential commercialization, she adds. The company currently has strategic collaborations with Koch Agronomic Services, Albaugh, Groundwork, Nufarm, Syngenta, FMC, Evogene and Isagro USA.

Marrone Bio Innovations current R&D is primarily focused on supporting existing commercial products; however, we have a very robust pipeline of products in queue.

Dr. Marrone, who started the company in 2006, explains that biologicals are microorganisms, plant extracts, pheromones, soaps, fatty acids and other natural substances that offer key benefits to manufactures, growers and consumers.

In addition to being environmentally friendly, and improving crop quality and yields, biologicals prevent pest resistance unlike traditional chemicals. Biologicals also do not produce residues, which facilitates their access to export markets.

Industry surveys peg biopesticides as holding only 5% of the total crop protection market, representing significant room for growth, Dr. Marrone points out. The biopesticide market is growing at a compound annual growth rate of 17.4%, compared with about 2% in the chemical pesticide market.

“Cannabis growers have been beating down our door,” she suggests, as state legislatures continue to approve recreational use of cannabis. In a study conducted by University of California at Davis, the market for biopesticides in the cannabis industry is estimated to grow from $91-million in 2016 to $1.4-billion in 2021 in California, Oregon, Washington and Colorado, alone.

Marrone Bio’s products are used across all production systems and integrated pest management programs for growers of organic and conventional crops, and those for export markets.

Marrone Bio’s Zequanox was discovered by the State of New York and is the industry’s only biological solution for invasive mussels in pipes and lakes. “This is highly effective and selective product but is not in our core market, so we are finalizing an agreement with a large water treatment company to distribute it for us,” Dr. Marrone says.

“Our competitive advantage is taking in-house and in-licensed discoveries quickly to the market and testing and screening the broadest range of targets,” Dr. Marrone contends.

“Our products stand out because we are a natural product chemistry company (versus just living microbes), just like the pharmaceutical companies that develop drugs from microbes and plant extracts,” she adds. “We optimize that chemistry in manufacturing so every batch has a specific level of the marker compounds that we know are important for efficacy.”

The global biopesticides market is forecast to reach $8.8-billion by 2022, compared with $3.4-billion in 2016. Since Marrone Bio’s products are also used in conventional farming, the current market opportunity for its products exceeds $30-billion.

In 2012, Marrone Bio purchased a manufacturing plant in Bangor, MI to reduce its reliance on contract manufacturers of its microbes. The company spent nearly $15-million to retrofit the plant.

According to Dr. Marrone, the plant is generating better margins, costs controls and return on investment. It also provides flexible and faster scale-up, and additional control of IP, which includes a portfolio of more than 400 issued and pending patents.

The Marrone Michigan Manufacturing plant currently produces Regalia, Grandevo and Zequanox, with plans to add production of Venerate and Majestene. Planned future additions at the plant include packaging and granulation (on-line in November), larger fermentation tanks and full-scale drying for granules.

In North America, Marrone Bio sells its products through established national and regional distributors, with its sales and technical services specialists conducting on-farm demonstrations of its products to facilitate demand.

Dr. Marrone says that in international markets, where Syngenta distributes the company’s Regalia under a legacy agreement, the company now is working with four regional companies – Nufarm, Jocanima, Disagro, Kenya Biologics and Elephant Vert – to distribute its new products.

“We are focusing our international efforts on countries where we can get fast registration to generate revenue, such has the Philippines, Korea, Mexico and Central America.”

In Europe, she says there is no current fast track for approval of biologicals, even through the EU has eliminated the use of many traditional chemicals in farming, making product registration a lengthy and costly process.