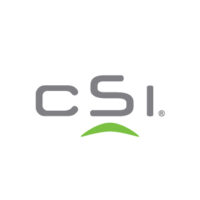 Analyst Ben Haynor writes that Cardiovascular has strong reimbursement in both below-the-knee and coronary atherectomy procedures and the company is the market leader in both areas.

Mr. Haynor continues to believe the company is an attractive acquisition candidate, with 80%-plus gross margin, more clinical data than anyone in the atherectomy space, dominance in below-the-knee and coronary procedures, and a large sales force that could be downsized in an acquisition scenario.

Mr. Haynor said Kindred has a deep pipeline with over 20 compounds in development for the veterinary therapeutic market, largely in unserved or underserved areas of veterinary medicine, collectively representing addressable markets of more than $1.5-billion.

“Despite having multiple catalysts on the horizon over the coming several quarters, the company remains underfollowed and underappreciated,” he added.

With two FDA approvals on the horizon, multiple pilot studies reading out, and the initiation of at least two and perhaps as many as four or five pivotal studies occurring in the next several quarters, he said the company trades at an enterprise value of around $25-million and is well capitalized with $62.5-million in cash and investments.

Mr. Haynor said Kindred should see approvals of Mirataz for lack of appetite in cats and Zimeta for fever in horses in the third quarter this year, representing total addressable markets of about $250-million, with no approved therapeutics.

IntelGenx (TSXV:IGX; OTCQB:IGXT) inked a feasibility agreement with Cybin for the development of an orally-dissolving film for the delivery of pharmaceutical-grade psilocybin. Cybin is Canada’s premier mushroom...