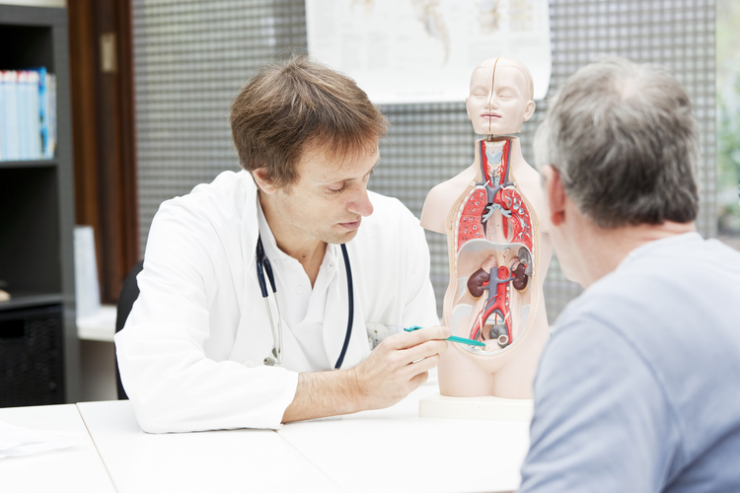 After receiving CE Mark approval last month of its minimally invasive transurethral ultrasound technology for the ablation of benign and malignant prostate tissue, known as TULSA-PRO, Profound Medical (TSX-V:PRN) plans to enroll 14 sites in the U.S., Canada and Europe in a pivotal trial for U.S. regulatory approval.

“We have discussions ongoing with the FDA to file an IDE in the first half of this year in order to start a pivotal trial in the summer,” CEO, Steve Plymale, says in an interview with BioTuesdays.com.

“Like our previous clinical trial, the pivotal study will likely be designed to capture data on safety and feasibility in order to demonstrate a consistent reduction in complication rates and accuracy of killing cells within the targeted prostate area,” he adds.

For years, surgery has been the gold standard of therapy for prostate cancer, maximizing the chance of a cure, but with a high probability of either erectile dysfunction or incontinence.

As screening for prostate cancer has become more widespread, there has been a shift towards more minimally invasive techniques that spare erectile and urinary function. In addition, magnetic resonance imaging (MRI) is now becoming a tool to diagnose localized tumors.

Mr. Plymale explains that the TULSA-PRO system uses real-time MRI, with temperature feedback, in conjunction with ultrasound to deliver thermal energy to the prostate in order to ablate tissue.

According to Mr. Plymale, the real-time, MRI-guided ultrasound procedure ablates the entire prostate gland, from the inside out, in a single session. A continuous volume of thermal ablation is delivered in less than 40 minutes, depending on the size of the prostate, and the patient goes home within 24 hours of the procedure.

“Faster patient recovery and the potential for significantly reduced side effects, such as bowel complications, incontinence and erectile dysfunction, enables patients and their partners to quickly resume their normal quality of life,” he contends.

An earlier Phase 1 trial, which paved the way for European approval, demonstrated that the MRI-guided procedure provided accurate treatment planning, real-time thermal dosimetry and precise control of prostate ablation to within 1.3 mm, with a well-tolerated side-effect profile, in 30 patients treated with at least a 12-month follow-up.

The TULSA-PRO system uses real-time MRI, with temperature feedback, in conjunction with ultrasound to deliver thermal energy to the prostate to ablate tissue.

“We expect European approval to be a catalyst for the adoption of our therapy, which has the potential to make a significant impact on the clinical community and, ultimately, patients being treated with TULSA-PRO.” Last week, Profound made the first sale of its TULSA-PRO device to ResoFus Alomar in Barcelona, Spain.

According to iData Research, there were about 415,000 prostate cancer procedures performed in Europe in 2011, with the number of procedures expected to reach 500,000 by 2018. Open and laparoscopic surgery is the standard form of therapy, accounting for about 55% of all procedures in 2011.

iData Research also estimates that open and laparoscopic surgery will likely represent less than 50% of prostate cancer procedures by 2018 as minimally-invasive techniques, such as robotic surgery and high intensity-focused ultrasound (HIFU), double their market share to about 3% and 14%, respectively. This comes in response to a growing number of younger patients who want to maintain their quality of life following treatment.

Mr. Plymale says TULSA-PRO has the potential to be a clinical alternative to robot-assisted prostatectomy. “In fact, our upcoming U.S. trial is expected to demonstrate the utility of our device as a full gland ablation technique in lieu of surgery or radiation,” he points out.

Last month, GMP Securities analyst, Martin Landry, initiated coverage of Profound with a “speculative buy” rating and $2 price target, forecasting that the company will become cash flow positive in mid-2018. The stock closed at $1.50 on Friday.

Mr. Landry’s positive outlook on Profound is based on TULSA-PRO’s lower complication rates, the large addressable market for prostate cancer and the company’s appealing risk/reward tradeoff at a current enterprise value of about $45-million.

“We can see TULSA-PRO being positioned as an alternative to surgery for low risk patients, mainly due to its lower complication rates, which preserve quality of life,” Mr. Landry wrote.

In February, Profound signed a non-exclusive strategic collaboration with Siemens Healthcare, a global leader in medical imaging, to establish MRI-guided therapy in the clinical routine for prostate cancer patients and advance the commercial launch of TULSA-PRO in Europe and the U.S.

Profound is already working with Royal Philips under a 2015 joint development agreement to support the TULSA technology in patients with prostate cancer on Philips’ Ingenia and Achieva 3T MRI systems.

“What’s significant here is that we signed agreements with both companies before TULSA-PRO was approved for sale in Europe,” Mr. Plymale says, noting that both companies have a total 75% share of the MRI market in Europe.

“We consider these agreements to be a tremendous vote of confidence in our technology as an accessory to their scanners and its potential value to treat prostate cancer,” he adds. The company also is in talks with other manufacturers of MRI scanners.

He says the strategy behind the collaborations with Siemens and Philips, which already have established relationships with hospitals, is to extend the utility of their diagnostic scanners into advanced therapies, such as treating prostate cancer. Siemens, for example, plans to attach the TULSA-PRO to their MRIs as they sell new scanners or upgrade existing machines.

Mr. Plymale explains that as the MR scanner acquires data, it diverts the information in real time to TULSA-PRO and the data drives the ablation procedure. “Their goal is to motivate customers to have the best scanners in terms of diagnostics and therapy; our goal is to be compatible with all scanners.”

Siemens and Profound plan to launch TULSA-PRO in Germany, which represents about 40% of the prostate market in Europe, as soon as possible. The companies have identified 35 top tier institutions that do prostate procedures and research, and are targeting these sites in an initial sales effort to begin immediately.

According to Plymale, TULSA-PRO results in faster recovery periods, enabling patients and their partners to quickly resume their normal quality of life.

Profound has established a subsidiary in Hamburg to support its European commercial operations. It also has hired an executive with expertise in medical devices in Germany and plans to build a direct sales force of seven-to-eight people.

In addition, Profound intends to make the University of Heidelberg, one of the company’s Phase 1 clinical trial sites, a center of excellence in order to drive education of the technology and adoption by doctors in Germany.

“We are planning to establish a safety registry and differentiate ourselves by demonstrating something that HIFU can’t do adequately, which is to be equal to prostatectomy, using heat as a procedure,” he contends. “We think we can get a dedicated reimbursement code in Germany for transurethral ablation with our device.”

In Canada, Profound expects to receive regulatory approval from Health Canada this summer. The company has signed a licensing agreement with Knight Therapeutics and discussions about a commercial launch are ongoing.

Mr. Plymale said Profound is also in discussions with Health Canada about its pivotal trial for U.S. approval, noting that some of the clinical sites will be in Canada.

In its pivotal trial, the company plans to enroll approximately 110 patients at 14 clinical sites in the U.S., Europe and Canada. The trial should be finished by the end of 2017 and will include six months of enrollment and 12 months of follow up, with plans to report interim data at a medical conference next year.

“Siemens already is becoming engaged with us about promoting the technology,” Mr. Plymale says.