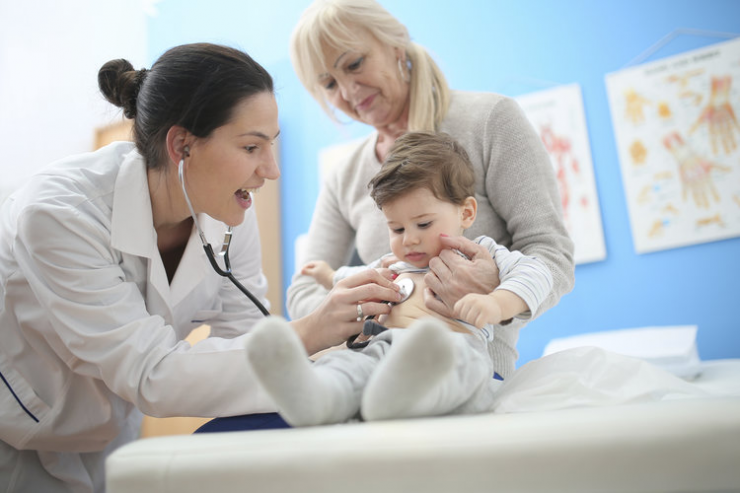 With the recent start of the first of two pivotal trials in adults with attention deficit hyperactivity disorder (ADHD), Alcobra Pharma (NASDAQ:ADHD) is now turning its attention to advancing its pediatric ADHD program.

“We’ve raised the money to complete the necessary work and conduct clinical trials in children with ADHD,” president and CEO, Yaron Daniely, says in an interview with BioTuesdays.com.

Alcobra plans to start a Phase 1/2-dose escalation study in the second quarter this year to determine an effective dose in children, with a data readout before the end of the year. If successful, it would be followed by a Phase 3 registration trial in the first half of 2015. “That will put our pediatric program about one year behind our adult program,” he adds.

Alcobra’s lead drug candidate for ADHD is MG01C1, a dual-release formulation of metadoxine. Immediate-release metadoxine has been used since the 1980s in numerous countries around the world, excluding the U.S., to treat acute alcohol intoxication and fatty liver disease, without safety issues.

“The novelty was our finding of cognitive improvement,” Dr. Daniely says. “We believe MG01C1 is a rapidly effective, non-stimulant with a differentiated mechanism of action. It could be a blockbuster as a treatment for cognitive dysfunction.”

Annabel Samimy, an analyst with Stifel Nicolaus, agrees.  Assuming pivotal testing is successful, she writes, “MG01C1 could be a best-in-class non-stimulant with psychostimulants competitive efficacy, a superior side effect profile and specific utility in predominantly inattentive ADHD patients.”

Ms. Samimy initiated coverage of Alcobra in December with a “buy” rating and price target of $27. The stock closed at $20.12 on Friday.

Tel Aviv-based Alcobra completed an IPO last May at a price of $8 a share, raising $25-million. The company sold an additional $38-million of new shares at a price of $16.50 each in October.

Dr. Daniely says the IPO proceeds are being used to fund the company’s adult ADHD program, while the latest financing is earmarked for the clinical development of MG01C1 in pediatric ADHD and for a Phase 2 study in Fragile X Syndrome, the most common genetic cause of autism.

ADHD is a neurobehavioral disorder characterized by difficulty in maintaining attention and by hyperactivity and impulsive behavior. It affects 8% to10% of school-aged children and about 4% to 5% of the adult population. The U.S. market to treat ADHD is valued at $3.8-billion currently and is forecast to reach $6.3-billion by 2018.

Current treatments, such as Ritalin, Concerta, Adderall and Vyvanse, are known as psychostimulants and are regulated as scheduled substances. They have a rapid onset of action and a strong effect on memory, attention, and learning but are associated with significant side effects and require treatment dosages to be titrated.

A significant percentage of ADHD patients either don’t respond to or can’t tolerate psychostimulants, making them candidates for non-stimulants, such as Strattera, Intuniv and Kapvay. While these drugs are non-scheduled substances, they also exhibit delayed onset of action, weaker efficacy, and significant side effects and require titration.

Dr. Daniely claims MG01C1 represents the best of both worlds: a non-stimulant with stimulant-like efficacy.

“Our product has several differentiators. Unlike current non-stimulants, it has a high effect and works immediately like a stimulant, with a safety profile superior to anything on the market. This is the Holy Grail of ADHD—a drug that cannot be abused and cannot contribute to addiction, but works fast and is well tolerated. Nothing on the market can offer that.”

According to Dr. Daniely, Alcobra’s formulation of metadoxine inactivates the 5-HT2B-serotonin receptor in the brain, resulting in downstream improvements in memory, attention, and learning. In addition, metadoxine does not activate the ERK pathway, and that avoids problems with abuse and addiction.

In an earlier Phase 2b study, the company retained Dr. Lenard Adler of New York University Langone Medical Center to design the protocol of the study. Dr. Adler was the principal investigator for all the Phase 3 trials in the U.S. for all the ADHD drugs approved in the past 15 years.

“We did something different from other Phase 2b ADHD trials,” Dr. Daniely recalls. “We asked Dr. Adler to modify his earlier Phase 3 protocols, so we could run them in our Phase 2b trial. Apart from fewer patients, everything in the trial, from endpoints to statistical analysis, resembled a global Phase 3. Our goal was to significantly de-risk further development in our ADHD program.”

The Phase 2b study, which enrolled 120 patients, demonstrated that MG01C1 had a significant effect, especially on predominately inattentive patients, and had a higher response rate and a more rapid response than other non-stimulants, without any cardiovascular events. In addition, MG01CI was beating placebo with statistical significance after as little as two weeks of treatment. Tolerability appeared superior to all approved drugs, without the need for dose titration.

Last month, Alcobra announced statistically significant results from another Phase 2b study in adults with predominately inattentive ADHD. Among other things, the study confirmed the immediate effects of a single 1,400 mg dose of MG01C1 and confirmed the findings in the earlier study.

In its Phase 3 trial, Alcobra plans to enroll 300 adult patients at 15-to-20 sites in the U.S. and several in Israel. The study design is similar to the Phase 2b study, with data expected in the third quarter this year. If successful, the company would conduct another Phase 3 study in the second half this year, releasing data in the first quarter of 2015, with an FDA filing in the same year.

Alcobra is also developing MG01C1 for Fragile X Syndrome, a rare neurological disorder and the most common inherited form of intellectual disability. The disorder occurs in about one-in-4,000 males and one-in-8,000 females. There are no FDA-approved therapies for Fragile X.

In a well-validated animal model for Fragile X, MG01C1 demonstrated significant improvement in cognitive and social functioning after treatment with MG01C1, as well as significant changes in certain biomarkers.

Dr. Daniely said Alcobra plans to conduct Phase 2b studies in adults and children with Fragile X this year, which could lead to pivotal studies in 2015. “We will be pursuing cognitive and attention endpoints, not behavioral endpoints,” he adds. Last month, the FDA granted orphan drug designation to MG01C1 in the treatment of Fragile X Syndrome.

When asked about the company’s strategic planning, Dr. Daniely points out that because of the successful Phase 2 studies, the goal is to get through 2014 and deliver strong data in the ADHD Phase 3 and the Phase 2 in Fragile X.

“We have the resources and money in-house to do that,” he says, adding that the company has talked to many companies about strategic partnering, but will wait until it has the Phase 3 results before any discussions get serious.