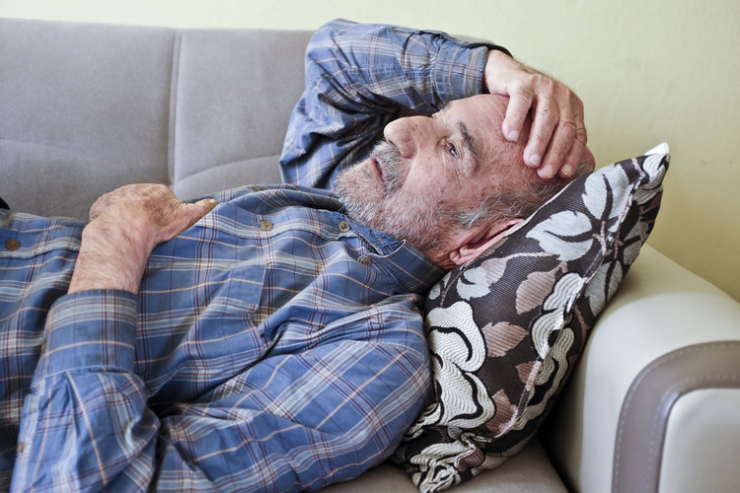 Anavex Life Sciences (OTCQB:AVXL) plans to begin a Phase 1b/2a clinical trial in the first quarter of 2014 of a novel combination drug candidate for the treatment of Alzheimer’s disease (AD).

“In preclinical studies, we have found a clear synergistic effect of up to an 80% improvement in memory, combining our ANAVEX 2-73 with donepezil, the active ingredient in Aricept, the best selling drug for AD,” president and CEO Christopher Missling says in an interview with BioTuesdays.com, referring to the company’s combination drug, ANAVEX PLUS.

The company has filed a patent application for the combination of donepezil and ANAVEX 2-73, which, if granted, would provide patent protection until at least 2033. Aricept, which is now generic and called donepezil, generates annual sales of $4-billion.

Dr. Missling points out that Anavex tried to combine its 2-73 drug with Namenda, the No. 2 drug for AD, but found no synergy.

He explains that several recent clinical failures by Big Pharma suggest that treating AD may not be as simple as removing amyloid beta plaque in the brain. “Targeting multiple AD pathways simultaneously at different levels of the disease stage might be needed, which is what ANAVEX PLUS appears to be doing.”

In addition, Dr. Missling says that ANAVEX 2-73 appears to target AD pathways at an upstream, or earlier, stage in the AD cascade, including modulation of the Ca2+ calcium ion, and A-beta and Tau proteins.

At the CNS Summit 2013 last month, the company presented data, predicting that ANAVEX 2-73, in a realistic cortical network computer model of AD, might show a clinical dose-dependent improvement in the AD Assessment Scale – Cognitive (ADAS-Cog) of two-to-three points at 12 weeks, which is similar to donepezil’s performance.

However, when ANAVEX 2-73 was combined with a low dose of donepezil, the clinical outcome significantly improved, to a maximal effect of anticipated ADAS-Cog response of six-to-seven points at 12 weeks and 4.5-to-5.5 points at 26 weeks in mild-to-moderate AD patients.

“These improvements suggest the effects will likely be clinically detectable and meaningful,” Dr. Missling contends. “With this study, we added another layer of positive evidence to advance ANAVEX 2-73 in combination with donepezil into clinical trials.

ADAS-Cog is a score of 11 tasks that measure disturbances of memory, language, praxis, attention and other cognitive abilities, which are often referred to as the core symptoms of AD. Eventually, AD leads to neurodegeneration, nerve cell death and loss of brain tissue. Over time, the brain shrinks dramatically, affecting nearly all of its functions.

In an earlier Phase 1 study, there were no changes in the electrocardiogram of healthy volunteers receiving a single dose of ANAVEX 2-73. In addition, observed adverse events at doses above the maximum tolerated single dose included headache and dizziness, which were moderate in severity and reversible. These side effects are often seen with drugs that target central nervous system conditions, including AD.

In the first quarter of 2014, the company plans to initiate enrollment of more than 100 patients with mild-to-moderate AD in a Phase 1b/2a which, according to Dr. Missling, will be run more like a Phase 2 trial than a Phase 2a trial of ANAVEX PLUS.

The initial three-month study can be extended to six months and 12 months, and “may qualify as a first pivotal registration study, subject to certain circumstances,” he adds.

In addition to determining a tolerated repeat dose and evaluating safety and pharmacokinetics, the study will evaluate efficacy by using ADAS-Cog scores in three study arms: two treatment arms with different doses of the combination drug and a standard of care arm with donepezil.

If successful, the company plans to initiate a Phase 2/3 clinical trial thereafter with 300 mild-to-moderate AD patients, which it hopes will be the second pivotal registration trial for ANAVEX PLUS, Dr. Missling says.

The protocol would call for the enrollment of 100 patients in each of the same three arms as in next year’s Phase 1b/2a trial. In addition to extended safety and biomarkers, the company again will be looking for ADAS-Cog efficacy.

More than five million Americans currently are diagnosed with AD, and the prevalence is forecast to jump to 16 million people by 2050, when the $200-billion cost of caring for patients now is expected to soar to $1.2-trillion.

According to Dr. Missling, heart disease, breast and prostate cancers, stroke and, especially, HIV have, to some degree, become chronic disorders in the first decade of the 21st century. “But AD has escaped medical improvement,” he adds.

He also notes that the FDA has approved only four drugs – Aricept, Exelon, Razadyne and Namenda – for AD that only temporarily slow the worsening of symptoms for about six-to-12 months, for only about 50% of patients. “More effective treatments should create a multibillion-dollar market opportunity.”