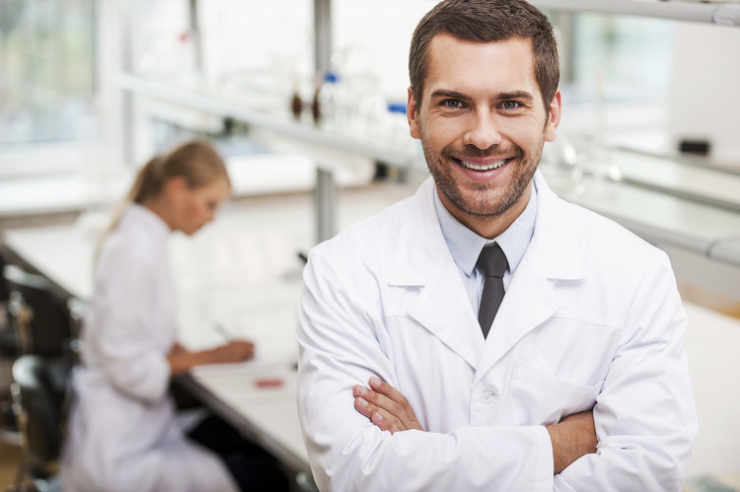 Aurinia Pharmaceuticals (TSX-V:AUP) is preparing to begin a Phase 2b clinical trial in the first quarter of 2014 with its voclosporin immunosuppressant in combination with CellCept, the standard of care for treating lupus nephritis (LN), the most severe form of lupus.

“The core of our management team executed the Aspreva Lupus Management Study, which established CellCept as the standard of care for LN,” executive chairman Richard Glickman says in an interview with BioTuesdays.com. “We are leveraging that clinical experience in our Phase 2b trial.”

Aurinia, itself, is a recent spinout from Galenica Group, and the company now holds certain rights to the Aspreva study database, one of the largest and most important LN studies ever conducted.

The Phase 2b study will compare the efficacy and safety of voclosporin against placebo in achieving remission in LN patients. More than 200 patients will be randomized into three arms. The high dose and low dose arms will receive voclosporin, CellCept and oral corticosteroids, while the placebo arms will receive CellCept and oral corticosteroids. The company expects to have data within 24 months.

The study is designed to demonstrate a rapid and sustained reduction in proteinuria along with extremely low exposure to steroids. “For rheumatologists and nephrologists, the No.1 goal is to have patients achieve a durable remission at a reduced levels of steroids, because the side effects of steroids are well defined,” Dr. Glickman says.

Proteinuria refers to the presence of an excess of protein in the urine and may be a sign of kidney damage.

Voclosporin is a calcineurin inhibitor (CNI) discovered by Isotechnika Pharma in 1997 and was originally developed to prevent rejection in kidney transplant patients. Two month ago, Aurinia merged with Isotechnika to create a clinical-stage pharmaceutical company focused on the global nephrology market.

Dr. Glickman says voclosporin has been tested in more than 2,600 patients to date and has a well-established safety and pharmacokinetic profile. The drug has been manufactured for the Phase 2b study and is now being packaged.

Lupus is an autoimmune disorder which impacts 500,000 to 1.5 million people, mostly women and mostly of childbearing age, in the U.S. Nearly half of these patients go on to develop LN, which is an inflammation of the kidneys. If left untreated or inadequately treated, LN can lead to end-stage renal disease and the need for dialysis and renal transplantation.

No therapy has ever been approved by the FDA or the European Medicines Agency for the treatment of LN. “This is clearly a large unmet medical need,” Dr. Glickman says. “If we can achieve a rapid control and reduction of proteinuria in these patients, it would reduce the need for dialysis.”

According to Dr. Glickman, the rationale for using voclosporin in LN is its potent effects on T-cell activation and modulation of the immune system. T-cell responses are an important feature in many autoimmune diseases, including LN. Among voclosporin’s clinical benefits are flat dosing, an improved lipid profile, reduced risk of diabetes and the absence of any impact on CellCept levels when the two drugs are used in combination.

“We believe voclosporin represents the best-in-class therapeutic agent for treating LN in combination with CellCept,” he adds. “Voclosporin is a potent CNI and we clearly understand its mechanism. We are layering on a new therapy on the standard of care, not displacing it, so there should be fewer barriers to market entry.”

Newly appointed president and CEO, Stephen Zaruby, says voclosporin offers a legitimate opportunity to improve the lives of hundreds of thousands of people. “To have safety data on 2,600 patients is rather unusual and we hold out great expectations and hope that we can significantly help this patient group.”

Even though CellCept is the standard of care, it hasn’t delivered the levels of complete and partial responses that were anticipated. According to Dr. Glickman, 80% of LN patients taking CellCept fail to achieve complete remission and the disease flares up in patients on average 1.7 times a year.

“The immunology of lupus is complex and multifaceted and supports the paradigm of treating lupus patients similarly to transplant patients, with a multi-targeted drug regime,” he adds. For example, more than 90% of transplant patients are receiving life-long CNI therapy.

“In general, when you’re dealing with a multi-factorial disease that you really don’t understand, the concept of working at ways to deal with the immune system at multiple levels is important,” Dr. Glickman contends. “It allows you the potential to reduce toxicity because you can use lower dosages of a variety of therapeutic agents, especially in a case where the disease mechanism is not fully understood.

Clinical data already exists for the use of a multi-targeted approach for treating LN, including Japanese approval for the use of another CNI, tacrolimus, plus steroids. Tacrolimus-treated patients in the Japanese registration study, however, experienced a 15% rate of developing diabetes and glucose intolerance.

According to a study by Datamonitor, the annual lupus market is projected to be worth about $3-billion in the U.S. and EU by 2019.

In 2011, the FDA cleared GlaxoSmithKline’s Benlysta, in combination with oral medications, for use in treating lupus patients. The drug, which costs an estimated $35,000 a year, is not approved for active LN patients. However, the FDA has asked GSK to test the efficacy of Benlysta in LN.

Dr. Glickman suggests that voclosporin offers an attractive commercial opportunity because there are a limited number of products in development for LN. “We believe voclosporin has the potential to be very useful for some of the slower acting biologics being developed for nephritis. Where there is a need for rapid remission in patients, this drug can perform that role.”

The Phase 2b trial represents a binary event, he adds. “If we get the data that we believe we are going to get, the value creation will be significant. There are a number of Big Pharma companies that would like to own this renal franchise.”