Dova Pharma subsidiary gets approval for thrombocytopenia drug in China

Dova Pharmaceuticals’ (NASDAQ:DOVA) wholly-owned subsidiary, AkaRx, reported that the China National Medical Products Administration (NMPA) approved DOPTELET for the treatment of thrombocytopenia in adult patients with chronic liver disease who are scheduled to undergo a procedure.

The approval was based on two global Phase 3 studies, in which DOPTELET demonstrated efficacy superior to placebo in increasing the proportion of patients not requiring platelet transfusions or rescue procedures for bleeding up to seven days following a scheduled procedure.

“Receiving the approval for DOPTELET from the China NMPA marks another significant milestone for Dova and our growing leadership in the global treatment of thrombocytopenia,” Mahmood Ladha, president and head of Dova, said in a statement.

“DOPTELET is the first treatment for this indication approved in China, offering patients a safe and effective orally-administered alternative to platelet transfusions for increasing platelet counts to the target level,” he added.

DOPTELET has received FDA and European Medicines Agency marketing approval for the chronic liver disease indication. It is also FDA-approved for the treatment of thrombocytopenia in adult patients with chronic immune thrombocytopenia who have had an insufficient response to a previous treatment. 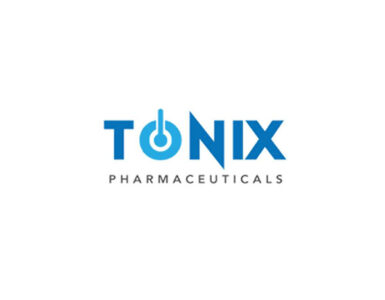 Tonix Pharmaceuticals (NASDAQ:TNXP) met its target enrollment of 470 patients in its Phase 3 study of TNX-102 SL for the management of fibromyalgia. TNX-102 SL is a non-opioid analgesic, administered daily at bedtime...