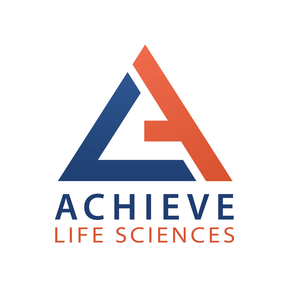 Ladenburg Thalmann raised its price target for Achieve Life Sciences (NASDAQ:ACHV) to $20 from $12 after the company reported statistically significant top-line results from its Phase 2 trial ORCA-1, which enrolled 254 cigarette smokers at eight U.S. sites. The stock was quoted at $2.72, down $1.15, around midday on June 11.

“Most important to us was the secondary endpoint of the quit rates at week 4 and at weeks 5-to-8, since quit rates are the expected primary endpoint in the upcoming pivotal trials,” writes analyst Michael Higgins.

ORCA-1 results showed that the patients in the 3mg twice-daily arm recorded a 54% abstinence rate at week 4, compared with 16% for placebo. “We expect this dose to be moving forward into Phase 3,” he added.

“We encourage investors to accumulate a position in Achieve at these levels,” Mr. Higgins said. “We believe [today’s] sell-off is driven by news stories that mention the study met the primary endpoint in three of four arms. We do not believe sellers appreciate differences … between patient-reported rates (primary endpoint) and CO level reductions.”

Mr. Higgins also noted that during a conference call, Achieve’s CEO said that patients taking the 3mg twice daily dose of Achieve’s cytisinicline were 6.3 times more likely to quit smoking by four weeks than placebo patients. For reference, he said the best odds ratios from Chantix studies are around three or four.

“Plus, when paired against Chantix and its poor tolerability reputation, we believe Achieve’s 25-day treatment may become the gold standard in smoking cessation,” he added.

H.C. Wainwright launched coverage of Metacrine (NASDAQ:MTCR) with a “buy” rating and $15 price target. The stock closed at $4.14 on June 11. Metacrine is a clinical-stage biopharmaceutical company focused on discovering...

Cantor Fitzgerald raised its price target for RAPT Therapeutics (NASDAQ:RAPT) to $71 from $51, citing an increased probability of success for RPT193 in atopic dermatitis to 50% from 25% previously, and taking up peak...