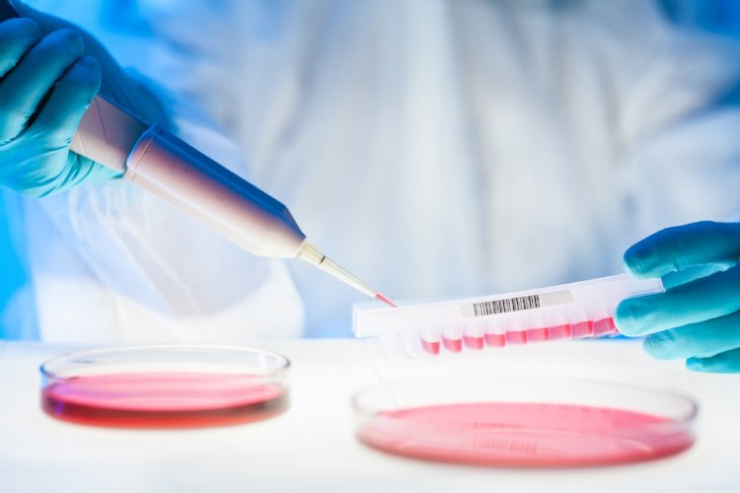 Centurion BioPharma, a newly-created private subsidiary of CytRx (NASDAQ:CYTR), is currently in discussions with a number of pharma companies for a strategic alliance to continue development of its patient-identifying companion diagnostic and Linker-Activated Drug Release (LADR) anti-cancer drug candidates.

“More details on the companion diagnostic will become available in the weeks ahead,” Eric Curtis, Centurion BioPharma CEO and president, says in an interview with BioTuesdays.

“We believe that the companion diagnostic creates additional transformative potential,” he adds. “Our goal is to have a term sheet signed by this September and a deal closed by the end of the year.”

Mr. Curtis says a pharma partnership would determine the next steps for a pre-IND meeting with the FDA and filing an IND for first-in-human studies with the company’s LADR drug conjugates,” he points out.

“We are looking for a global partnership but would be open to regional alliances,” Mr. Curtis suggests, adding, “Our going assumption is that a pharma partner would license the companion diagnostic and all four of our LADR candidates.”

CytRx recently transferred its LADR assets into Centurion BioPharma as a vehicle to enhance its efforts to attract potential licensees and to focus on advancement of the companion diagnostic and LADR drug candidates.

Centurion BioPharma has preclinical data for four drug candidates: LADR-7, LADR-8, LADR-9 and LADR-10. All four candidates are eligible to advance into IND-enabling studies. The LADR platform has been studied in numerous solid tumor types, so “we think our platform has broad tumor potential,” Mr. Curtis contends.

LADR™ concentrates drug in the tumor and minimizes toxicity.

The LADR technology is designed to concentrate drug release at the tumor site, minimizing toxicity to surrounding tissue, compared with the parent molecule.

Albumin is a major source of amino acids and fuel for tumor cells. Mr. Curtis points out that an impaired tumor vasculature allows macromolecules like albumin to exit the bloodstream into the tumor microenvironment and ultimately be taken up into the tumor. “LADR conjugates exploit this feature of cancer biology to localize at the tumor.”

Auristatins are a highly potent cytotoxic family of peptides and to date, only one auristatin antibody drug conjugate, Adcetris, has been approved and marketed.

Maytansine inhibits proliferation of cancer cells, but its narrow therapeutic window prevents most clinical applications and to date, only one maytansinoid antibody, Kadcyla, has been approved for use in Herceptin-resistant breast cancer.

According to Mr. Curtis, when paired with the companion diagnostic, LADR conjugates have competitive advantages, compared with antibody-drug conjugates, including broad therapeutic utility and patient populations, no narrow antibody receptor requirements, low risk of an immune response, low cost of goods and a simplified manufacturing process. LADR also has a “high probability of clinical and regulatory success,” he adds.

Mr. Selvaraju notes that the NantCell partnership connects CytRx to Dr. Patrick Soon-Shiong, who has had prior success in developing albumin-conjugated anti-cancer drugs. Dr. Soon-Shiong founded Abraxis BioScience, which took a drug very similar to aldoxorubicin, Abraxane, or albumin-bound paclitaxel, through clinical development and regulatory approval and was then acquired by Celgene for $3.5-billion in 2010.

In April, 2017, CytRx announced that the FDA agreed that CytRx could use the 505(b)(2) regulatory section when submitting a NDA for aldoxorubicin.

Under a July 2017 accord, NantCell is responsible for future development, manufacturing and commercialization of aldoxorubicin. CytRx is eligible to receive up to $343-million in potential milestones, with increasing double-digit royalties on sales of aldoxorubicin to treat soft tissue sarcomas and increasing single-digit royalties on sales for all other indications.

Mr. Curtis says NantCell is testing aldoxorubicin in combination with immunotherapies and cell-based treatments. Aldoxorubicin, an albumin-binding drug conjugate of doxorubicin, already has been tested in more than 600 cancer patients.

In January and February of 2018, NantCell began two Phase 1b/2 clinical trials with aldoxorubicin in metastatic pancreatic cancer and advanced squamous cell carcinoma of the head and neck or non-small cell lung cancer. At the end of last month, NantCell dosed the first patient in the Phase 1b portion of another Phase 1b/2 clinical trial for patients with triple negative breast cancer.

Last month, aldoxorubicin data, including its relevance in the future treatment of soft tissue sarcoma, was published in the peer-reviewed journal, Future Oncology.

The paper notes that aldoxorubicin was principally developed to increase efficacy and overcome the cardiotoxic side effects of the anthracycline agent, doxorubicin. CytRx’s earlier studies with aldoxorubicin demonstrated increased progression-free survival and tumor response, with tolerable side effects.

The authors conclude that the unique biochemical structure of aldoxorubicin causes its target-specific drug delivery property, which, in combination with its negligible levels of cardiotoxicity even at high doses, should give aldoxorubicin a “meaningful role in the treatment of patients with metastatic soft tissue sarcoma, as an adjuvant therapy in sarcomas, or as a treatment for patients who have other anthracycline sensitive tumor types.”

To connect with Centurion, or any of the other companies featured on BioTuesdays, send us an email at editor@biotuesdays.com.