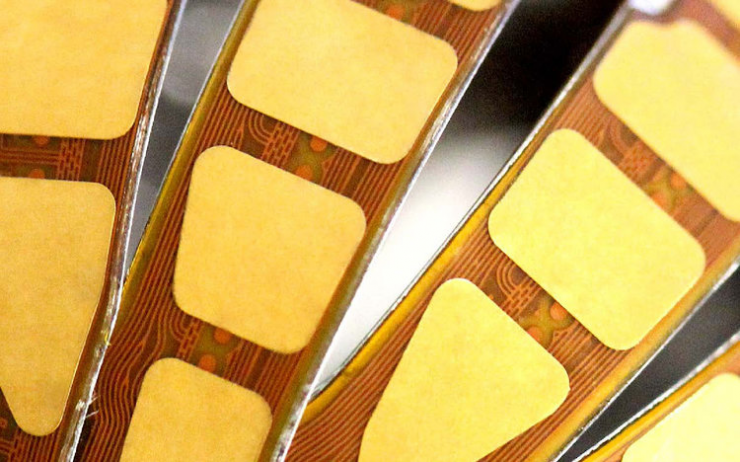 Closely-held Kardium hopes to receive marketing approval in Europe in the fourth quarter of 2018 and launch its breakthrough Globe mapping and ablation system of cardiac tissue for the treatment of atrial fibrillation (AF), the most common heart rhythm disorder where the atrium quivers instead of beating in regular rhythm.

“We are currently going through the CE Mark approval process in Europe,” Kevin Chaplin, VP of business development, says in an interview with BioTuesdays.

Vancouver-based Kardium also hopes to receive Health Canada approval for the Globe AF mapping and ablation system and to start a pivotal study in the U.S., in 2019 with possible FDA approval in 2022.

“The Globe system uses well established technologies, like radio-frequency (RF) ablation, to treat AF, but in a new and innovative way,” he says, pointing out that the system consists of a proprietary catheter, software console and RF generator.

Mr. Chaplin says the Globe catheter contains an expanding array of 122 flat electrodes. There is a temperature sensor behind each electrode, which is important for mapping and ablation. “If the system recognizes that an electrode is in blood, it can be moved to tissue in order to ablate,” he adds. When deployed in the atrium, every electrode can map and ablate cardiac tissue.

In addition, measurements from all the electrodes can be simultaneously and continuously combined into anatomical maps and atrial electrical activity maps, which the doctor can use to select tissue for ablation.

The system uses RF energy to heat and ablate cardiac tissue within the left atrium to treat AF. The RF generator contains all the electronics to continuously measure cardiac electrograms and temperature, and control the ablation power of the electrodes, permitting up to 24 simultaneous ablations for a “quick single shot at pulmonary vein isolation,” Mr. Chaplin says.

“Based on the high resolution mapping, doctors are able to select the electrodes they want for ablation and the system then performs the ablation automatically,” he adds. “So there is a lower requirement for input from the doctor, who does not have to manage each ablation individually. However, the doctor is in full control and can stop ablations at any time.”

There are two types of AF: paroxysmal, which comes and goes, and persistent, where a patient is always in AF. Mr. Chaplin suggests that current treatments to isolate the pulmonary vein result in about a 60% to 65% success rate in paroxysmal AF and around 50% in persistent AF.

Technologies on the market now include the single tip RF catheter, the Arctic Front Balloon catheter and mapping catheters.

Mr. Chaplin says the J&J’s single tip RF catheter is the market leader and can ablate anywhere in the atrium. However, single tip procedures are long and can take two-to-five hours, with efficacy of 60% to 65%.

And while mapping catheters like those from Boston Scientific provide high resolution mapping, he says they are unable to ablate tissue and so doctors then have to use a single tip RF catheter, resulting in outcomes that are marginally improved, but with an additional expense.

Mr. Chaplin says Kardium’s Globe system combines rapid pulmonary vein isolation, high resolution 3D mapping of the whole atrium, and the ability to ablate anywhere into a single device that is easy to use.

The Globe hardware, software and electronics are protected by 76 patents granted and 49 pending.

In Kardium’s pivotal study of 60 patients at two the world’s top heart centers in Zurich and Leipzig, the Globe system achieved 100% pulmonary vein isolation, which is slightly better than data from FDA submissions for single tip RF catheters, cryoballoons and laser balloons.

However, based on patient follow up to determine recurrence of AF, Mr. Chaplin says the Globe system demonstrated 97% efficacy at three months and 82% efficacy at six months.

The treatment phase of the trial finished in October 2017 and so 12-month patient follow up will be available at the end of 2018. However, he suggests that the data is expected to remain near 80%, which is 15% to 20% better in absolute terms than conventional technologies.

“We also managed to do procedures in a very short time, so based on the data, we believe we have a more effective catheter that is easier to use,” he adds.

Mr. Chaplin says that with CE Mark, Kardium plans to do its own sales and marketing in Europe with a clinical support staff and several sales reps. “We believe our Globe solution is highly differentiated and there is already strong demand from doctors in Europe,” he adds. In addition, the company is in discussions for sales agreements with several European heart centers.

The company also hopes to complete a major financing at the end of 2018 to finance its commercialization plans in Europe and prepare for a U.S. pivotal study in the first quarter of 2019. “We already have several centers in the U.S. interested in recruiting patients for the study,” he adds.

If the company receives FDA regulatory approval in 2022, it forecasts total sales reaching more than $200-million in 2024.

“With outstanding clinical results already in hand and strong IP, we believe we have a disruptive technology addressing a huge market opportunity,” Mr. Chaplin says.

To connect with Kardium, or any of the other companies featured on BioTuesdays, send us an email at editor@biotuesdays.com.