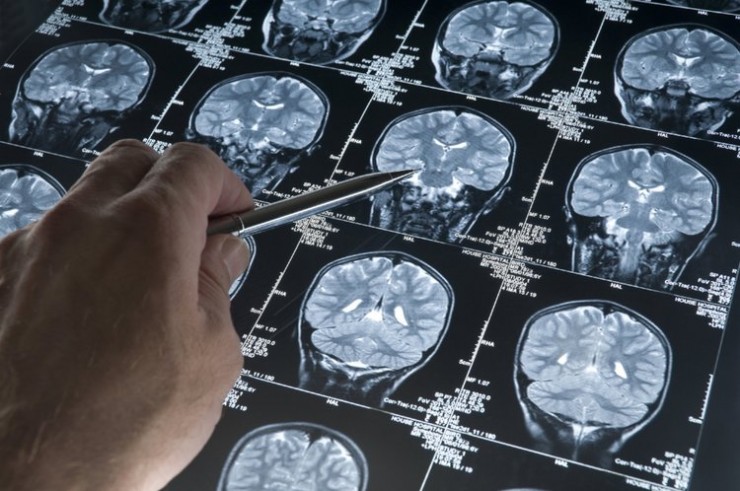 IntelGenx (OTCQX:IGXT; TSXV:IGX), which has initiated a proof-of-concept study with its Montelukast VersaFilm in patients with Alzheimer’s disease, using a drug originally approved in 1997 for the treatment of asthma, is riding strong scientific rationale behind the repurposing program.

There are limited treatments available for Alzheimer’s and, of those that are approved, none are disease modifying.

“A recent paper published in the journal, Immunity & Aging, noted that montelukast has been shown to rejuvenate aged brains in an animal model and suggested that this leukotriene receptor antagonist may have a similar effect in humans,” according to Horst Zerbe, president and CEO of IntelGenx.

Leukotrienes are inflammatory molecules that white blood cells release during an asthma attack and montelukast has been shown to block leukotriene receptors that cause bronchial tubes to constrict.

Because neurons and microglia, which act as the main form of active immune defence in the central nervous system, also express leukotriene receptors, IntelGenx is hoping to check if this type of signaling plays a role in brain inflammation.

The Phase 2a Montelukast VersaFilm trial is a randomized, double-blind, placebo controlled study that will enroll approximately 70 subjects with mild-to-moderate Alzheimer’s disease across eight Canadian research sites. The primary study objectives will be to evaluate the safety, feasibility, tolerability, and efficacy of montelukast buccal film following daily dosing for 26 weeks.

“We believe that montelukast has the potential to be a true game-changer and are very excited to commence this trial,” Dr. Zerbe says. The company expects to report interim results this summer and full results in the second half of 2018.

In an earlier Phase 1 study, IntelGenx demonstrated that its oral film formulation of montelukast is safe and tolerable in healthy subjects, reduces the first-pass-effect and has 52% higher bioavailability, compared with regular montelukast tablets, demonstrating a clear advantage of delivering montelukast via film into the bloodstream.

After years of Alzheimer’s research into brain amyloid as a cause of Alzheimer’s, genetic and animal evidence now is pointing to the immune system as a central influencer in both hastening and ameliorating Alzheimer’s progression. Because of this, many research groups are looking at ways to tamp down harmful inflammatory signalling.

Signs of age-related cognitive decline include a slowdown in the creation of new brain cells, or neurogenesis, and neuroinflammation caused by activation of the brain’s immune cells, or microglia.

Elevated leukotrienes levels, which act as inflammatory mediators, have previously been reported in acute and chronic brain lesions and also in older animal brains, where they may be involved in neuroinflammation by recruiting and activating microglia.

Research published in the peer-reviewed journal, Nature Communications, in 2015 showed that montelukast reverts brain aging and loss of cognitive functions in older rodents that have received the drug for six weeks at dosages fully compatible with those currently used in patients.

The study, coordinated by Professor Ludwig Aigner of the Molecular Regenerative Medicine at the Paracelsus Medical University of Salzburg, Austria, involved several scientists in Europe, including Professor Maria Abbracchio at the University of Milan, Italy, and opens the possibility for the treatment of aging-related neurodegenerative diseases characterized by loss of cognitive functions, memory impairment and dementia.

In an interview, Prof. Abbracchio points out that the brain is not secluded from the rest of the body and that its function is profoundly influenced by the presence of inflammation in other organs, such as the lung and brain.

“Ten-to-15 years ago, we anticipated that systemic inflammation can accelerate brain aging and increase the incidence of neurodegenerative diseases like Alzheimer’s and Parkinson’s,” she adds.

Prof. Abbracchio also points out that new research shows that inflammation can influence metabolism of brain amyloid, a long-held target for developing therapies to reverse the effects of Alzheimer’s.

Prof. Aigner and colleagues treated five-to-10 young rats and a similar number of older rats with montelukast for six weeks. Learning and memory were significantly improved in aged rats, but no effect is observed in young animals. The treatment also was shown to reduce neuroinflammation and increase both the creation and functional use of new brain cells.

In addition, by using mouse cells genetically modified to generate less GPR17, the research group provided evidence that montelukast’s effects most likely occurred by blocking the GRP17 receptor and may be responsible for the rejuvenation of the aged brain using montelukast.

The idea of repurposing montelukast for Alzheimer’s disease is buoyed by its excellent safety record. However, the tablet poorly enters the bloodstream, which IntelGenx hopes it can overcome with a thin oral film formulation.

Even though Prof. Abbracchio isn’t involved with the IntelGenx program, she contends that there is a strong scientific rationale behind developing montelukast to treat neurodegenerative diseases. She and Prof. Aigner also are discussing further preclinical research with montelukast.

In a research report last month, Ben Haynor, an analyst with Aegis Capital, notes Alzheimer’s is a growing problem as the population ages, yet many therapeutic approaches have failed over the past several decades.

Of the Alzheimer’s drugs that are available, nearly all are generic, yet about $7-billion is spent annually on psychiatric drugs in the U.S. for Alzheimer’s patients. Branded Alzheimer’s drugs have historically priced at $5,000-to-$7,000 a year, and a successful new compound could potentially double the market size, even if only 20% of patients received the drug.

While there are scores of Alzheimer’s drugs in development by everyone from Big Pharma to small-cap biotech and the failure rate of central nervous system drug development is higher than any other therapeutic class historically, Mr. Haynor points out that “success in this area would be richly rewarded.”

He initiated coverage of IntelGenx with a “buy” rating and price target of $3, calling Montelukast VersaFilm “an exciting asset…with blockbuster potential.”

To connect with IntelGenx, or any of the other companies featured on BioTuesdays, send us an email at editor@biotuesdays.com.

IntelGenx (TSX:IGX; OTCQB:IGXT) entered into an exclusive supply agreement for its RIZAPORT product with ARWAN Pharmaceuticals Industries Lebanon for various countries in the Middle East and North Africa, known as the...