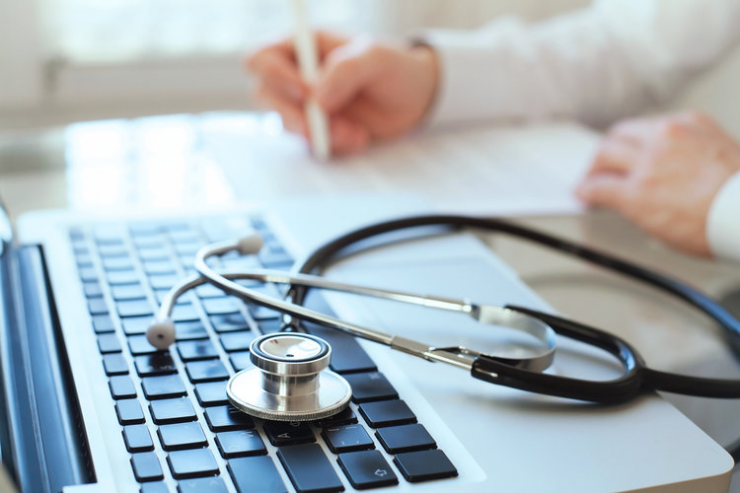 In conversation with Chiara Russo

As a specialty pharmaceuticals analyst with Cantor Fitzgerald for the past 2 1/2 years, Chiara Russo covers developmental-stage companies that are on the cusp of changing the medical landscape as we know it. A philosophy major with an MBA from the Olin School of Business at Babson College, Ms. Russo was a R&D innovation consultant for Cubist Pharmaceuticals before becoming a sell-side equity research analyst. On the Street, she has been a research associate at ThinkEquity and VP and specialty pharmaceuticals analyst at Janney Montgomery Scott. In this interview with BioTuesdays, Ms. Russo discusses industry trends and some of the stocks she likes.

How does Cantor differ from other investment banks?

One of the reasons I was drawn to Cantor was the vision of where the company was headed in terms of building out the research platform and making the product as best as it can possibly be. I think where we differ is we’re willing to put our money where our mouth is. What I mean is we’re putting a lot of resources into building out the department and putting out an exceptional product.

What topics are hot in biotech?

Oncology and gene therapy, which has very exciting science and at times, very humbling science, are key topics these days. In my universe, I focus on companies developing pain therapies, as well as the opioid epidemic in the country. I’m also starting to look at antibiotics as well.

According to Russo, the opioid epidemic is a problem that requires coordinated effort, from appropriate initial screening, follow up, physician and patient vigilance and insurers making access to abuse-deterrent formulation and alternative therapies easier.

Do you have some thoughts on tackling the opioid epidemic?

The opioid epidemic did not just happen overnight. It look about 20 years to get where it is and it would not surprise me if it gets worse before it gets better. This is a problem that requires a substantial coordinated effort, from appropriate initial screening, follow up, physician and patient vigilance, physicians embracing the spectrum of analgesics available and insurers making access to abuse-deterrent formulation and alternative therapies easier. We also cannot penalize the patients that are in excruciating pain that require opioid medication.

As primary care physicians decide to write less and less opioid scripts and funnel their pain patients up to pain management specialists, I can see some strain being placed on the system. I think that abusers that find it more difficult to get pills will turn to cheaper and more dangerous substances like heroine and synthetic fentanyl.  Though we have the ACA and the 21st Century Cures Act making treatment a priority, I think there is a lack of knowledge about that in the general population and that there aren’t enough facilities and skilled nurses and physicians to handle the population. It’s a work in progress.

How do you view investor sentiment these days?

Over the past 24 months, we’ve seen a definite shift in the risk/tolerance of investors. In 2014 and 2015, you couldn’t put money into biotech fast enough and even bad news didn’t cause the precipitous drops in valuations that we see today. Investors are definitely skittish these days and there’s a lot of uncertainty about the underlying infrastructure of what the healthcare system in this country is going to look like. And that’s had an influence on investment strategy.

Pricing pressure is a persistent theme in the sector. People these days are much more aware of the high deductibles of insurance plans and the upfront costs of expensive branded pharmaceuticals. A couple of bad apples have highlighted some unjustified increases in drug costs but otherwise, I don’t think the sector is out to gouge the American public.

According to Russo, trial data DEFINITELY dictates value expansion in biotech, but it comes down to the quality of data and market potential.

What’s the outlook for consolidation?

M&A has petered out for the time being because of uncertainty of the direction the government is going to take on health care. Of course, the dynamic would change if corporate taxes are reduced and overseas cash is returned. M&A also will depend on whether the market has a positive first half.

How does trial data influence consolidation?

Trial data definitely dictates value expansion in biotech. The question is whether the asset is something that Large Pharma can capitalize on with its resources. But what it comes down to is how good the data is and how good is the market potential. For the most part, though, we aren’t seeing acquisitions based on data. If a biotech has good Phase 2 data, Large Pharma is taking a wait-and-see attitude and if you have good Phase 3 data, let’s see if you can get through the approval process. In general, the point of acquisition is getting pushed down the time line.

CARA has a novel approach to pain and itch with a kappa-opioid that if successful could be the first non-restricted opioid on the market with an indication in itch as a backstop to valuation. 2017 will be a year of potentially transformative data read-outs, including Part B Phase 2/3 data in itch by the end of 2017, with oral formulation data in the current quarter, as well as a Part A read out.  CARA’s Phase 2b in an oral formulation in osteoarthritis pain is expected to read-out in the first half this year, with an interim look at the Phase 3 in IV post-operative pain in the first half as well. I rate the stock at “buy” with a $24 price target. On Friday, CARA closed at $14.85.

Paratek plays in the antibiotic space developing broad spectrum antibiotics for pneumonia, skin infections and urinary tract infections: the “Big 3” of the antibiotic world. In 2017, Paratek will also have significant data read outs, which we have a high degree of confidence in, including an oral Phase 3 in skin infection in the second quarter, with a Phase 3 IV-to-oral in pneumonia in the third quarter. Allergan partnered product, sarecycline, for acne is expected to have Phase 3 data in early 2017 as well. I have a “buy” rating and $28 price target on Paratek. The stock closed at $15.50 on Friday.

Flexion is developing Zilretta, an intra-articular, extended-release corticosteroid injection for osteoarthritis pain of the knee.

Flexion is developing Zilretta, an intra-articular, extended-release corticosteroid injection for osteoarthritis pain of the knee, which is unique in that there are no extended-release steroids currently available on the market. Flexion filed an NDA for Zilretta in December, with approval anticipated in mid-2017. Zilretta should launch in early 2018 into a large market, with clinical data demonstrating Zilretta is statistically better than the current standard of care in terms of pain, stiffness and function, which should be appealing to orthopedists, the main targeted end-users. I rate the stock at “buy” with a $37 price target. Flexion closed at $18.48 on Friday.