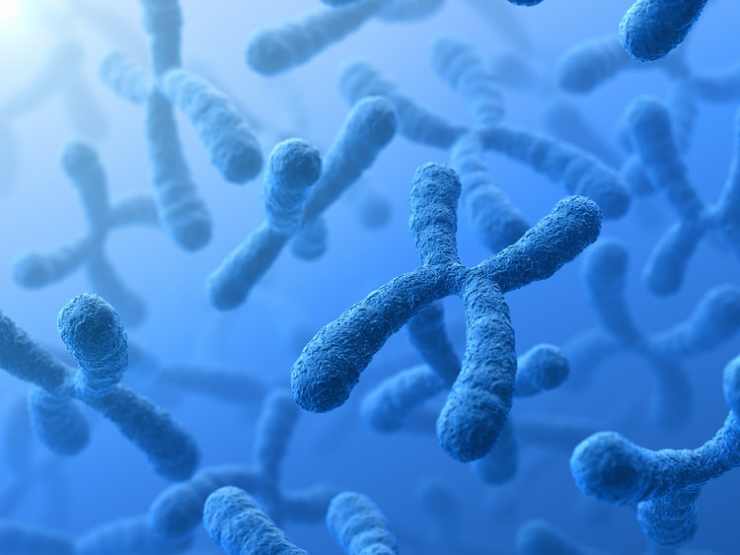 3D Signatures (TSX-V:DXD) which has developed proprietary software with the potential to analyze a patient’s chromosomal arrangement, or signature, is seeking collaborations to advance its TeloView platform in the areas of Hodgkin’s lymphoma, prostrate cancer, multiple myeloma and Alzheimer’s disease.

“Because our technology is so disruptive, we’re getting a lot of interest from academic organizations and pharma companies,” CEO, Jason Flowerday, says in an interview with BioTuesdays.

“Through a non-invasive blood test or tissue sample, we can measure disease stage and genomic stability, as well as drug efficacy and potential side effects to predict the course of disease and customize treatment for an individual patient,” he adds.

Mr. Flowerday says he knows of no other company developing 3D tumor analysis as a biomarker to accurately determine who has a particular disease, how aggressive the disease is, how the patient will respond to treatment and how stable a patient’s genome is.

The 3D technology was developed by Prof. Sabine Mai at the University of Manitoba during the past 20 years, with $25-million spent in R&D. Her team and 3D Signatures have conducted 16 clinical trials with more than 1,500 patients in 13 cancer indications plus Alzheimer’s, resulting in 120 peer-reviewed papers and a patent estate in North America and Europe.

The TeloView platform uses fluorescent markers and high-resolution microscopes to visualize and digitally analyze telomeres at the tips of each chromosome.

Mr. Flowerday, who moved into the executive suite in September, explains that the TeloView platform uses fluorescent markers and high-resolution microscopes to visualize and digitally analyze telomeres at the tips of each chromosome.

“The 3D organization of telomeres within a given cell is highly predictive with respect to the health of that individual cell,” he contends.

The company has developed a scoring model based on six parameters generated by a TeloView image analysis of an original lab collection of tissue, lymph node aspirates, blood, bone marrow or buccal swab, plus 3D telomere-fish assay and 3D image.

He points out that the scoring model measures “screening,” or who has a particular disease; “diagnosis” of the type of disease; “prognosis” of how stable or aggressive the disease is; “predicting” how a patient will respond to a specific treatment; “monitoring” whether a patient is stable over the course of treatment; and “drug development” to enable pharma companies to identify and develop better drugs.

The report is then sent to the patient’s clinician to manage a personalized course of treatment.

While none of 3D Signatures’ programs have advanced to the regulatory approval stage in Canada or the U.S., Mr. Flowerday notes that the company is negotiating with potential lab partners in Canada and the U.S. to validate and seek approval of its 3D Telo-RS test for Hodgkin’s lymphoma (HL) as its first laboratory developed test (LDT).

Mr. Flowerday notes that the company is negotiating with potential lab partners in Canada and the U.S. to validate and seek approval of its 3D Telo-RS test for Hodgkin’s lymphoma as its first laboratory developed test.

There are some 11,000 new cases of HL in North America each year, representing a market value of more than $30-million. Some 1,100 people are expected to die from HL this year.

There is no prognostic test for HL and clinicians treat all patients with standard chemotherapy. However, physicians cannot predict whether a patients will achieve long-term remission or relapse, usually within 24 months, Mr. Flowerday suggests.

“What our test has been able to demonstrate, based on our trials, is clearly identify who will respond to standard chemotherapy or who will not. Those who do not can immediately begin receiving second line treatment,” he adds.

“The benefit, of course, is that you don’t have to put patients through six-to-eight courses of chemotherapy, plus blood and bone marrow transfusions, and you can personalize that patient’s treatment. We believe there is no other test capable of providing clinicians with this type of information.”

The company plans to select a lab partner in Canada in the next few months and begin a final trial in HL and seek approval of 3D Telo-RS as an LDT test in the next 12 months. A similar program in the U.S. is being considered.

3D Signatures also has completed development of its 3D Telo-PC test for prostate cancer, which Mr. Flowerday says is a much bigger problem than Hodgkin’s lymphoma in not allowing clinicians to personal treatment for some 30 million men who are screened for prostate cancer each year.

Every year, there are more than three million existing and new cases of prostate cancer in North America. A large proportion of these patients are needlessly over-treated and/or subjected to surgery, he contends, costing healthcare payers billions of dollars annually and inflicting unnecessary treatment and complications on patients.

3D Signatures’ also has completed development of its 3D Telo-PC test for prostate cancer, which Mr. Flowerday says is a much bigger problem than Hodgkin’s lymphoma.

“The ability to avoid treating the 80% of men with low-grade disease who will never die of prostate cancer would be a multibillion-dollar savings annually,” he adds. In addition, there is no test to accurately determine which intermediate-risk patients will progress to an advanced cancer and require immediate aggressive treatment.

“3D Telo-PC is designed to stratify patients into several risk categories and predict the most effective treatment plan,” he contends. The test is a non-invasive risk assessment and monitoring platform based on a blood sample, not a prostate biopsy.

Last month, 3D Signatures announced its participation in a major clinical trial for prostate cancer diagnosis and management, known as PRECISE, marking the company’s first step toward validation and approval of its clinical risk assessment test for prostate cancer.

The 24-month prospective study is expected to enroll some 450 men and is principally designed to compare cancer detection rates and monitoring efficacy of transrectal ultrasound-guided biopsy versus MRI targeted biopsy. They are two existing surgical tools employed in the diagnosis and monitoring of prostate cancer patients.

In parallel with the PRECISE trial, Mr. Flowerday says the company is developing another prostate biomarker on its own, which should come together over the next 12-to-18 months.

“We have the potential to enter a prostate cancer testing market where existing biomarkers now sell for between $3,000 and $5,000 per test,” he points out. “Even an initial minor penetration of this market would be very significant.”

3D Signatures also has a dedicated strategy to engage industry in discussions around partnership opportunities in the areas of multiple myeloma and Alzheimer’s disease.

“Our technology has the potential to identify lead therapeutic candidates through drug-screening, select specific patients for clinical trials, monitor patients during clinical trials and ultimately work with pharmaceutical companies on the approval of companion diagnostics for precision medicine,” he adds.