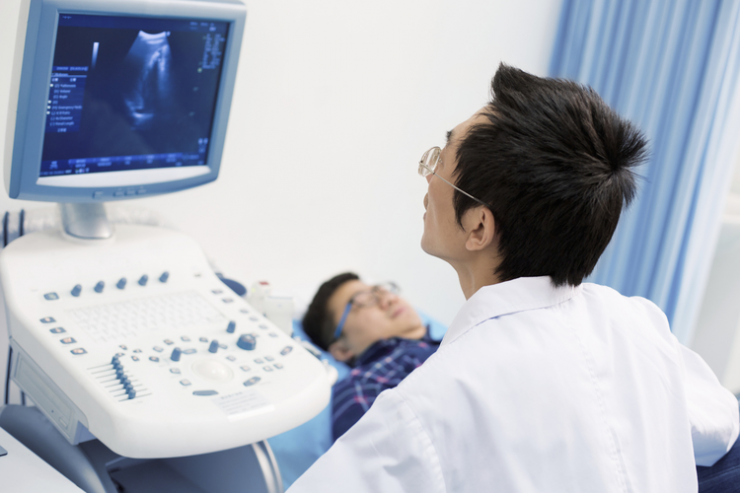 A marine sponge, Geodia lindgreni, native to Papua New Guinea may hold the key to a new approach in the treatment of prostrate cancer by ESSA Pharma (NASDAQ:EPIX; TSX:EPI).

“Our scientific founders from the BC Cancer Agency and the University of British Columbia spent more than a decade conducting the basic biology research, identifying the lead compound as a natural products screen, then designing and synthesizing our EPI-506 drug candidate to target the N-terminal domain of the androgen receptor (AR) on prostate cancer cells,” says Dr. David Parkinson, President and CEO of ESSA.

“This is distinct from other AR-directed approaches and has the potential to overcome current mechanisms of resistance to the AR,” he contends.

According to Dr. Parkinson, the AR plays a pivotal role in the normal growth and development of the prostate gland and is a key target in the treatment of prostate cancer. Inhibition of AR activity has been associated with delayed progression of prostate cancer.

EPI-506, which is currently in a Phase 1/2 clinical trial, is an oral pro-drug that converts rapidly to EPI-002 and binds to the N-terminal domain of the AR to inhibit AR-mediated biology, which is important to patients with prostate cancer, he adds.

ESSA expects to report results of the Phase 1 portion of the trial around the end of the third quarter this year, before proceeding to the Phase 2 arm.

Preclinical mice studies have shown that EPI-506 can shut down the DNA-binding domain and the AR because of its ability to bind at the N-terminal domain.

Dr. Parkinson explains that the AR is comprised of three distinct, independently acting areas: the ligand-binding domain, the DNA-binding domain and the N-terminal domain.

“Initially, tumors are sensitive to medical or surgical therapies that decrease androgen levels,” he points out. “However, when disease progression occurs, despite castrate levels of testosterone, this generally represents a transition to the lethal form of prostate cancer, called castration-resistant prostate cancer (CRPC).”

Despite recent advances, CRPC is still a deadly disease because development of resistance limits survival, he points out. There are no FDA-approved therapies in the CRPC population that has failed initial hormone therapy and chemotherapy, which is where ESSA is targeting EPI-506.

Two new anti-androgen hormone drugs to treat prostate cancer, Zytiga and Xtandi, and several in development, target the ligand-binding domain of the AR. Dr. Parkinson says that over time, cancer cells become resistant to the two drugs through the formation of RNA splice variants, losing a good portion of the ligand-binding domain (LBD), as well as through the mutation of the LBD.

“Our studies show that EPI-506 works at the other end of the prostate cancer molecule than Zytiga and Xtandi,” he adds. “EPI-506 binds quite strongly and is the first drug to bind with high affinity and selectivity to the N-terminal domain, blocking splice AR activity even in the setting of AR splice variants or AR mutation.”

EPI-506 is the first drug to bind with high affinity and selectivity to the N-terminal domain, blocking splice AR activity even in the setting of AR splice variants or AR mutation.

Dr. Parkinson says that preclinical mice studies have shown that EPI-506 can shut down the DNA-binding domain and the AR because of its ability to bind at the N-terminal domain. “EPI compounds have the potential to effectively reduce splice-variant driven tumor growth, compared with Xtandi.”

ESSA’s pharmacology and toxicology studies have also shown that EPI-506 does not appear to interact with other drugs, which is important because men with prostate cancer are often older and tend to have other medical problems, he adds.

ESSA’s patent position is built around composition of matter and method of use patents related to the EPI structural class and includes 17 patent families filed covering different EPI structural motifs. The patents on EPI-506 and EPI-002 run until 2034 and 2029, respectively.

Prostate cancer ranks second among cancers in men, with 220,800 cases diagnosed in the U.S. in 2015, resulting in some 30,000 deaths. The global prostate cancer therapeutic market was valued at $2.6-billion in 2013 and is expected to reach $8.3-billion by 2023, fueled by label extensions of currently marketed drugs and the launch of new premium priced therapies in CRPC.

The Phase 1 arm of the company’s first-in-man study is expected to enroll about 36 patients at five clinical sites in the U.S. and Canada to obtain results for safety and a recommended Phase 2 dose to continue the study.

Metastatic CRPC patients in the study will be men who have experienced disease progression after failing Zytiga and Xtandi, or both, as well as having undergone one regimen of chemotherapy.

The Phase 2 portion of the study is expected to enroll an additional 120 patients at 20-to-25 more clinical sites in the U.S., Canada and Europe. The company hopes to complete the study by the end of 2017.

“Our drug is targeting men with CRPC who have progressed on currently available therapies because that’s the current unmet medical need,” Dr. Parkinson says. “But it should be effective at earlier stages of the disease as well. That will require big, expensive clinical studies, so between the Phase 1 results and the end of Phase 2, we would likely be looking for a development partner.”