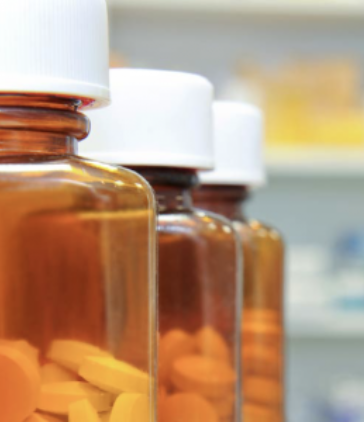 Viking Therapeutics (NASDAQ:VKTX) expects to complete two proof-of-concept Phase 2 trials in 2016 in patients recovering from hip fracture surgery, and in patients with very high levels of cholesterol in the blood and fatty liver disease, or NASH.

“We also hope to complete preclinical studies with two molecules in an orphan neurodegenerative disorder called X-linked adrenoleukodystrophy (X-ALD), and could be in a position to file an IND in the second half next year or early 2017,” CEO, Brian Lian, says in an interview with BioTuesdays.com.

Viking also has a Phase 2 clinical asset for Type 2 diabetes, as well as a preclinical development pipeline, including programs targeting anemia and lipid disorders. “So for a small company, we feel we are relatively de-risked compared to single-asset stories,” he adds.

Viking’s target market for VK5211 is about 300,000 patients a year who undergo acute rehabilitation for hip fracture surgery in the U.S. “We expect continued growth in this market as the population ages,” Dr. Lian adds.

In addition, he says there is no approved therapy for post-hip fracture and no other SARMs in development. The current standard of care is physical rehabilitation.

“Doctors will occasionally use osteoporosis drugs, which are injected. So having an oral drug that is anabolic and potentially best-in-class should be well received,” he adds.

Dr. Lian points out that hip fracture is associated with high mortality, loss of function and increased risk of a second fracture. Typically, 20% to 30% of patients die within the first year after hip fracture, 50% lose walking independence and 20% require long-term care, as patients experience accelerated loss of bone mineral density and lean body mass, he adds.

Viking has successfully completed three Phase 1 studies with VK5211, including a 21-day ascending dose study, which demonstrated a significant increase in lean muscle mass and encouraging signals in functional performance and strength, “which is what you’d like to see if you’re building muscle,” Dr. Lian notes. In addition, there were no drug-related serious adverse events, including no effect on cardiovascular parameters and liver function.

The company this month plans to begin a Phase 2 proof-of-concept trial of VK5211 in up to 120 patients with hip fractures, with data expected in the second half next year.

The primary endpoint is change in lean body mass, or muscle. Secondary endpoints include change in bone mineral density, functional status, activities of daily living and quality of life.

According to Viking, SARMs have ideal anabolic properties for building post-fracture bone and muscle mass.

“We hope to approach the FDA in 2017 to discuss a Phase 3 trial design,” Dr. Lian suggests.

Regarding partnering, Dr. Lian says VK5211 would make a nice fit for a big drug company with an existing osteoporosis franchise.

“More than 90% of hip fractures occur in patients who are not taking an osteoporosis drug, which is pretty remarkable,” he points out. “So we figure VK5211 patients could represent a captive market for a drug company with an existing osteoporosis franchise. If approved, patients would be treated for six months or so with VK5211 and then transition over to the drug company’s osteoporosis drug.”

Feltl & Co. analyst, Ben Haynor, who initiated coverage of Viking last month with a “strong buy” rating, said VK5211 has the potential to generate peak sales of $1.4-billion in 2025.

Following VK5211, Viking has a thyroid-beta agonist program, with two lead molecules, VK2809 and VK0214, that Dr. Lian says are highly tissue and receptor selective, with excellent bioavailability as a once-daily pill.

“The two compounds are expected to have a wider safety window, with reduced cardiovascular risks, than other thyroid hormone analogues,” he adds.

The company’s thyroid-beta agonist program has the potential to reach broad and orphan indications.

The big market is in hypercholesterolemia and dyslipidemia, two types of high cholesterol and/or fat in the blood, as well as fatty liver disease, including the more severe form known as non-alcoholic steatohepatitis, or NASH.

In preclinical studies in hypercholesterolemia, VK2809 demonstrated “potent cholesterol reduction” in five animal species, Dr. Lian points out. And when VK2809 was combined with a statin, such as atorvastatin, there was no drug-drug interaction and “promising add-on efficacy potential in cholesterol lowering,” he adds.

A 14-day Phase 1 study in patients with mild hypercholesterolemia resulted in a statistically significant reductions in LDL, or bad, cholesterol, which plateaued at around 40%. In addition, Dr. Lian says the study demonstrated up to a 79% reduction in triglycerides, which are a major component of liver fat.

Feltl’s Mr. Haynor said VK2809 has the potential to be a best-in-class NASH treatment as it reduces liver fat, which appears to set off the entire cascade leading to NASH and its associated inflammation and fibrosis.

In addition, he said VK2809 has further demonstrated it does not cause increases in LDL cholesterol, quite the opposite, in fact, or insulin resistance as other potential therapies in the NASH space have been shown to cause.

NASH is projected to be a massive market, with estimates of the annual market size as high as $35-billion by 2025. There are no currently approved therapies for NASH.

Earlier this month, Viking initiated a Phase 2 multi-arm study in patients with elevated LDL cholesterol and fatty liver disease, with potential top-line data in about 12 months.

“The outcome of the trial will determine whether we pursue pivotal development of hypercholesterolemia or NASH, but right now, our preference is NASH,” Mr. Lian suggests. “The investor climate in fatty liver disease is very positive, so we may consider pursuing it alone but will be open to partnering discussions with Big Pharma.”

“We plan to begin in vivo testing in the current quarter and potentially release data during the first half next year,” he adds. “The data will drive our selection of which of the two compounds to use for an IND filing to be made next year for a small proof-of-concept study. Right now, we think it will be VK0214.”

X-ALD impacts about 8,000 patients in the U.S. and 12,000 in Europe for which there are no approved therapies.

In the most severe form of the disease, cerebral ALD, patients can reach a vegetative state within three-to-five years after diagnosis, and die within 10 years. The more common form of the disease affects the spinal cord and motor neurons and often leads to wheelchair confinement, but has no inflammatory component or brain involvement.

“In viewing the catalyst horizon, the company has the potential to report data from two transformational Phase 2 studies within 12-to-15 months, and potentially initiate a third clinical study in an important orphan indication,” Dr. Lian says.

“For a company with 10 employees and largely under the radar, these events will be critically important potential inflection points for both investors and industry partners.”