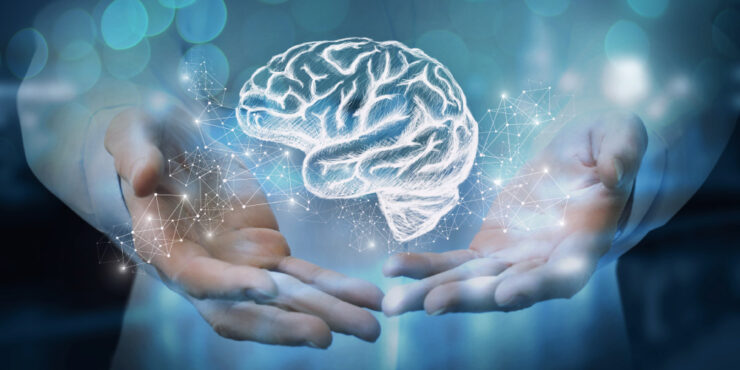 FSD Pharma (CSE, NASDAQ:HUGE; FRA:0K9A) is developing novel solutions to bring cutting-edge neurodegenerative and mental health therapies to market, with a focus on some of the hard-to-treat diseases, such as major depressive disorder (MDD), multiple sclerosis (MS) and inflammation.

“Our focus is total brain health, which marries our three drug candidates for the potential treatment of neuropsychiatric disorders, neurodegeneration and inflammation,” Anthony Durkacz, co-founder, executive co-chairman, and interim CEO, says in an interview with BioTuesdays.

“For example, when you’re diagnosed with MS for the first time, you can develop elevated levels of anxiety and/or depression, which on their own I believe can be precursors to other degenerative disorders of the central nervous system,” he adds. “And total brain health goes hand-in-hand with our potential non-addictive pain treatment because opioid addiction is another aspect of depression.”

Lucid-PSYCH is a class of psychedelic molecule for the treatment of neuropsychiatric disorders currently undergoing IND-enabling studies. Lucid-MS is a patented neuroprotective new chemical entity shown to prevent and reverse myelin degradation, the underlying cause of multiple sclerosis, in several preclinical models.

Mr. Durkacz points out that there is a growing body of research that suggests psychedelics have the potential to treat a variety of neuropsychiatric disorders, such as PTSD, depression, specifically complex treatment-resistant depression and MDD, and anxiety.

Indeed, over the past decade, there has been an increase in clinical trials testing of psilocybin, ketamine, MDMA, or ecstasy, and LSD for use in psychiatric conditions, such as depression, drug dependency and anorexia nervosa.

“Our Lucid-PSYCH molecule is none of these and was carefully chosen to build an IP portfolio around,” he contends. “We believe psychedelics have the potential to treat mental illness in ways that have not been addressed before.”

While Lucid-PSYCH is a psychedelic-based medicine, Mr. Durkacz says it was selected using a state-of-the-art artificial intelligence screening system. “It has been identified by the Lucid team for accelerated development because of its unique pharmaceutical properties and treatment potential in depression.”

MDD, the initial target for Lucid-PSYCH, is characterized by depressed mood or loss of interest in pleasure for at least two weeks, with periods of remission and relapse lasting a lifetime. An estimated 13 million adults suffer with MDD in the U.S. alone, generating an economic burden of some $210-billion annually.

According to a study by Grandview Research, the global anxiety disorder and depression treatment market size was $16.2-billion in 2015. Data Bridge Market Research estimates that the psychedelics market for mental illness will experience a compound annual growth rate of 16.3% during 2020 to 2027 and is expected to reach a market size of $6.9-billion by 2027, up from $2-billion in 2019.

In its MS program, Mr. Durkacz says Lucid-MS comes from a family of molecules, which are new chemical entities and were recently patented by the University Health Network. FSD has the exclusive worldwide rights to take the family of molecules into clinical testing, which is “what we’re planning now.”

MS treatments currently are focused on the immune system but are unable to reverse the damage done by MS to the central nervous system. “The best you can say is that they delay progression or mildly protect an unpredictable pattern of symptoms, such as tingling, vision problems and mobility,” he adds. “If you are diagnosed with progressive MS, your prognosis overtime, is the loss of mobility that eventually will force you to rely on a walker or wheelchair.”

The damage MS does to nerves can also affect critical thinking and other cognitive skills.

Mr. Durkacz explains that Lucid-MS has the potential to not only protect the progression of MS symptoms but also to potentially reverse the existing damage done by MS, specifically, to the myelin insulation of nerves, which carry messages rapidly from the brain to other parts of the body.

“Our focus is to enable remyelination of the damaged myelin insulation and we hope to deliver some information shortly about the progress we’ve been making,” he adds.

MS affects approximately 2.5 million people worldwide, of which one million are in the U.S. Twice as many women contract MS as men. The current MS treatment market is valued at $23-billion globally.

After a successful Phase 1 study, “we are in the process of analyzing a potential target indication to move FSD-PEA into a Phase 2 trial and will be selecting one soon,” he says.

FSD holds exclusive worldwide licensing rights, except for Italy and Spain, to FSD-PEA, Mr. Durkacz points out. Its IP portfolio covers the ultra-micronized composition of matter and use until 2029-34.

Mr. Durkacz says FSD had $43.1-million of cash on June 30, 2021, which is sufficient for our three clinical programs for several years. “We’re in a position where it’s not necessary to finance our plans.”

To connect with FSD Pharma or any of the other companies featured on BioTuesdays, send us an email at editor@biotuesdays.com.